The former opposition party, Tautua Samoa has reassured that the political party still has the support of veteran Member of Parliament, Aeau Peniamina Leavaiseeta and the M.P. Ili Setefano Taateo.

During a press conference on Thursday afternoon, Vice President of Tautua Samoa, Lavea Peseta Nafoi said the party has had several meetings discussing their current Members in the Parliament.

Lavea said that Falealupo M.P. Aeau and his family has maintained their support for the party and similarly for the M.P. for A’ana Alofi no2, Ili.

The two M.Ps that entered the Parliament under the Tautua Samoa banner have not made any appearance during any of the party's press conferences this year.

Veteran M.P. Aeau will not be contesting the 2021 General Election.

However, his daughter Leota Tima Leavai has already registered her name to run under the Human Rights Protection Party [HRPP] banner.

On the other hand, Prime Minister, Tuilaepa Dr. Sailele Malielegaoi had announced that M.P. Ili had expressed interest to join the H.R.P.P. party in the upcoming General Election.

When Ili was previously approached to comment about crossing the floor, the M.P. for A’ana Alofi no2 said he is still an Independent M.P. 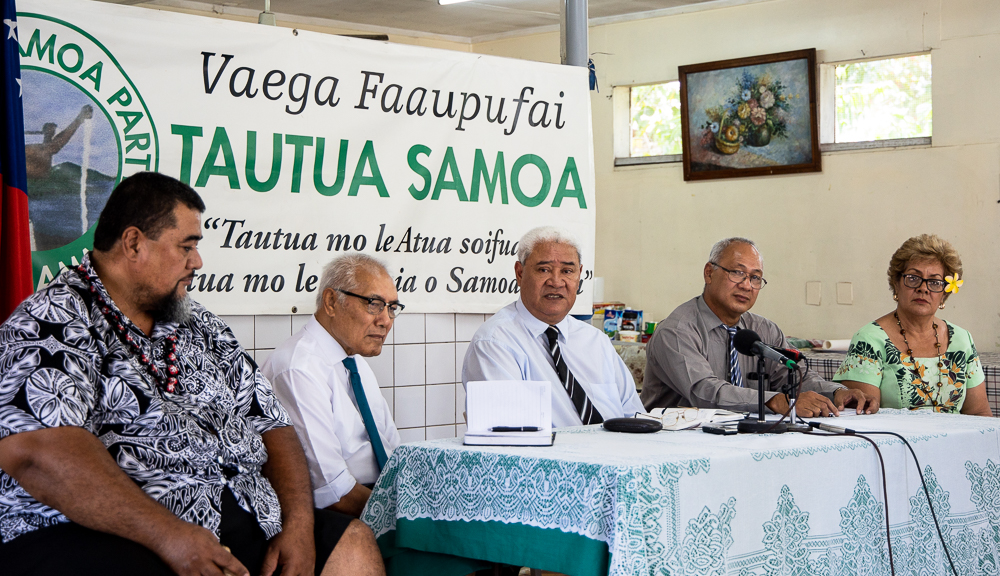 “Part of the reason [why I have entertained the switch] is because some of my constituents have approached me to change,” said Ili.

“Before the last general election a lot of my constituents wanted me to go under H.R.P.P. but there was also the other side that wanted the Tautua Party.”

Meanwhile, the President of Tautua Samoa, Afualo Dr. Wood Salele remains confident that the party has enough candidates to become recognised in Parliament.

“We have a good number [of candidates],” said Afualo.

He refused to give an exact number of candidates registered under the party, saying that all will be revealed near nomination period in October.

Afualo added that he firmly believes that the Tautua Samoa is the official opposition party with of its Members currently sitting in Parliament.

The party has announced that its manifesto will be publicly declared in September in the lead up to the nomination period.

The party has also appointed Sua Vivian Leota-Suatele Manusegi as its new secretary.