The shed next to Unasa's house that was also affected by the fire (Photo: Joyetter Feagaimaalii)
HS
By Hyunsook Siutaia, 22/08/2020

Quick action by family members of Samoa First Party interim leader and prominent lawyer, Unasa Iuni Sapolu, saved their home from getting burnt to the ground on Friday night.

Afamasaga Ata, who is a cousin of Unasa, told the Samoa Observer that they had their usual party meeting on Friday evening that ended around 9.30pm and settled for dinner when they were disturbed by their dogs barking aggressively.

"Our dogs don’t usually bark but it was unusual last night when I went to the kitchen and one of our dogs was scratching on the back glass door of the kitchen," Afamasaga told the Samoa Observer in an interview on Saturday. 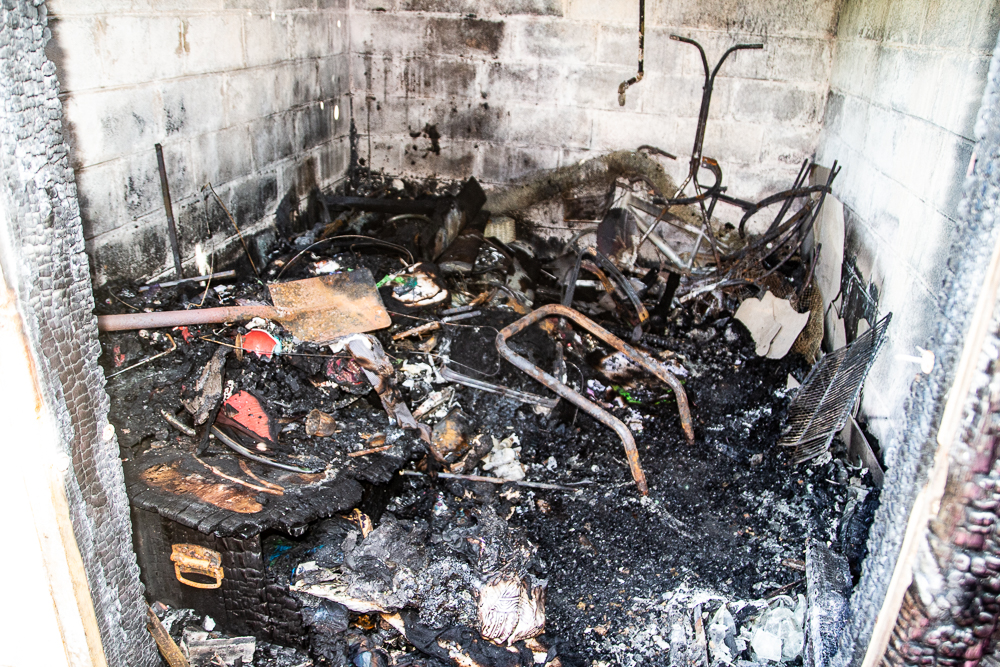 "One of the girls screamed out that ‘one of the cars was on fire’. My husband called out ‘which car! One of the men ran out with the car's keys to move the car but the flames nearby the car just blew up.

"At the time Unasa was on the phone. She dismissed the person on the phone and called out that it was her car on fire."

Afamasaga said everyone rushed out to put out the fire and when her husband grabbed the car handle to open it, it was hot.

"Someone had started the fire near the car and we found a tyre and coconut shells piled up within the tyre, and petrol was also suspected to have started the fire, that’s according to the police," she added.

"The fire was spreading and the flames reached about the second floor of Unisa's house." 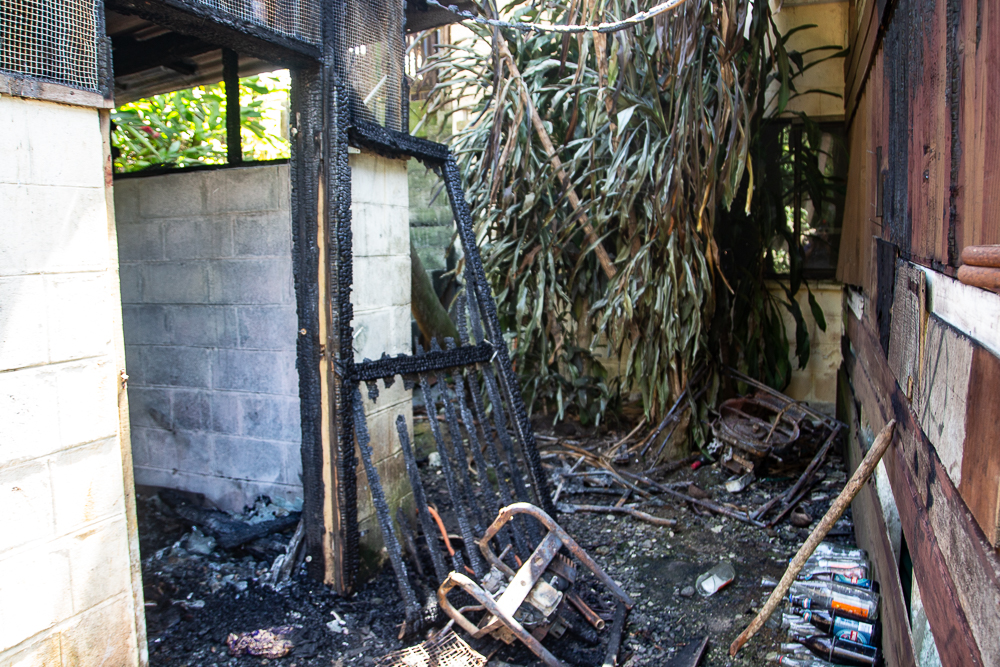 All the vehicles that were parked next to the scene of the fire were driven to the office of the Samoa First Party.

The fire started near Unasa's white Rav4 and spread to the shed next to her house and went up in flames.

Unasa told the Samoa Observer that the fire was deliberate and they were targeted.

"This one was different, but it's good we have each other to share. There would’ve been no more Apaula if we didn’t respond quickly.

It is understood the Police have commenced investigations into the incident.

It was not possible to get a comment from them.