The Prime Minister surrounded by all the students who attended the celebration (Photo: Aufai Areta )
HS
By Hyunsook Siutaia, 16/08/2020

The theme for the 2020 global event – which is celebrated annually on August 12 – is “Youth Engagement for Global Action”.

Speaking to an audience that comprised both staff and students including N.U.S. President and Vice Chancellor, Aiono Professor Dr. Alec Ekeroma, Tuilaepa spoke of his leadership journey as a politician and a prime minister.

"There is no school that specifically teaches how to become a prime minister of a country," he said.

"And I know that's why I was invited. You all wanted to know ideas on how to become the Prime Minister of Samoa. It's very good for a student to have an ambition." 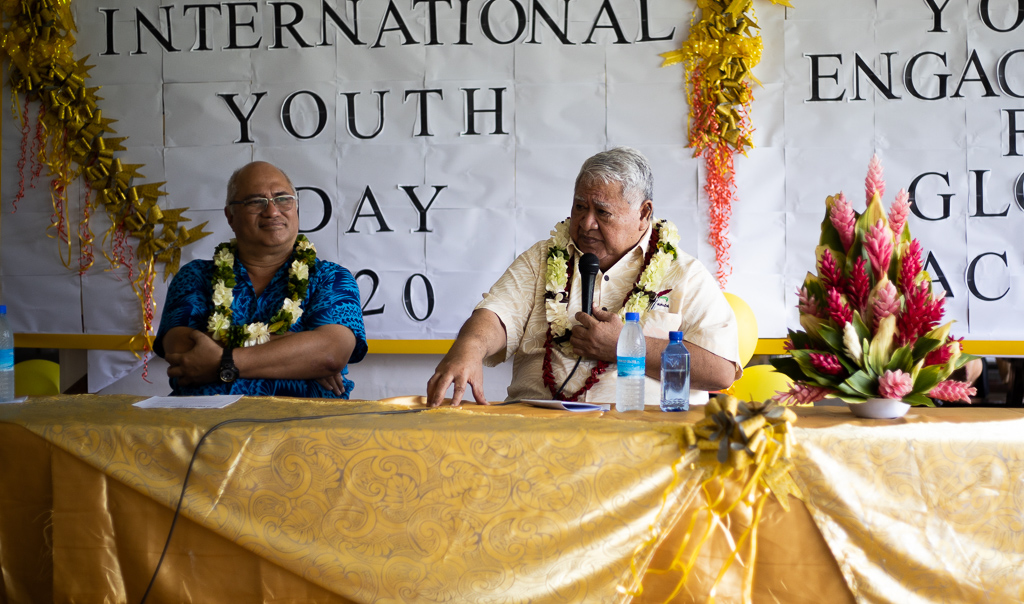 Tuilaepa also encouraged the students to learn by example as it is one way of becoming a leader.

"Honour your parents, be obedient. You notice how that is evident in our party [Human Rights Protection Party]. They don't want to listen to their leader. And that is one aspect of leadership. When you become a leader yourself, you will expect those who you are leading to respect you."

The Prime Minister then urged the students to lead with courage if they are ever to become leaders and to never shy away from responsibility.

"When you want to be a leader, be prepared to shoulder the burden and the sacrifice of every decision-making that is so important for the development of your people and of the country," he reiterated.

In a speech to mark the day, Aiono emphasised the importance of International Youth Day and how it celebrates the aspirations and achievements of young people around the world as the young people are the future leaders.

"It also celebrates the fact that young people actually contribute a lot of ideas, enthusiasm and also to the economy," he said.

"There are so many students here at university mean there’s a lot of economic activity being created in the university." 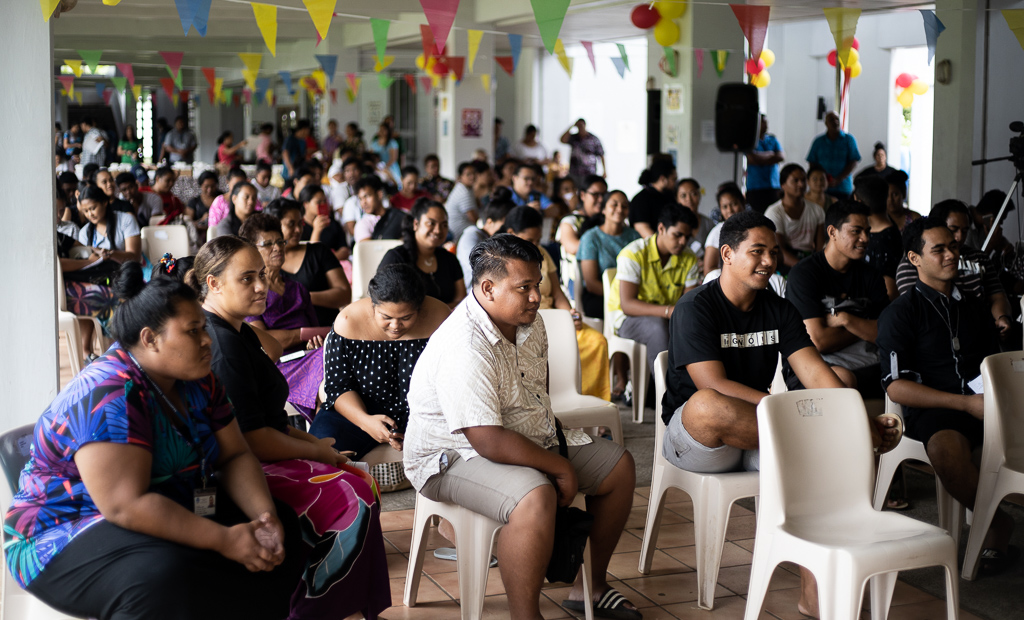 Aiono added that having the Prime Minister address the university is also important as the Samoa Government funds 40 per cent of the university’s budget.

"They [Government] fund 40 per cent of our budget and so it’s important for the leader of our country to be here to see what’s happening and the aspirations of the youth who are also students here,” he added.

“It reminds the leaders that this is a constituency and there are many voters here as well, hence the reason why we gathered for the Prime Minister to use this platform.”

The celebration on Friday was well attended by students from all NUS faculties, Faculty of Arts staff as well as members of the Brown Girl Woke movement. 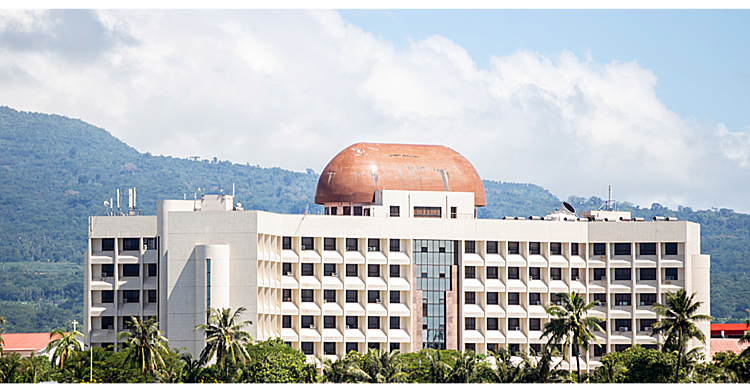