Matai from the village of Samatau after meeting with the Special Parliamentary Committee (Photo: Francis Faalili)

Another village has expressed its support for bills currently before the Parliament proposing the wholesale reform of the country's judiciary, as consultations on the draft laws continue across Upolu.

On Tuesday, the village of Samatau backed the judicial reforms being proposed by the Government.

Convening a hearing at the Congregational Christian Church of Samoa (C.C.C.S.) Pata, Falelatai's hall, Samatau was the first village to meet with the Committee on Tuesday. 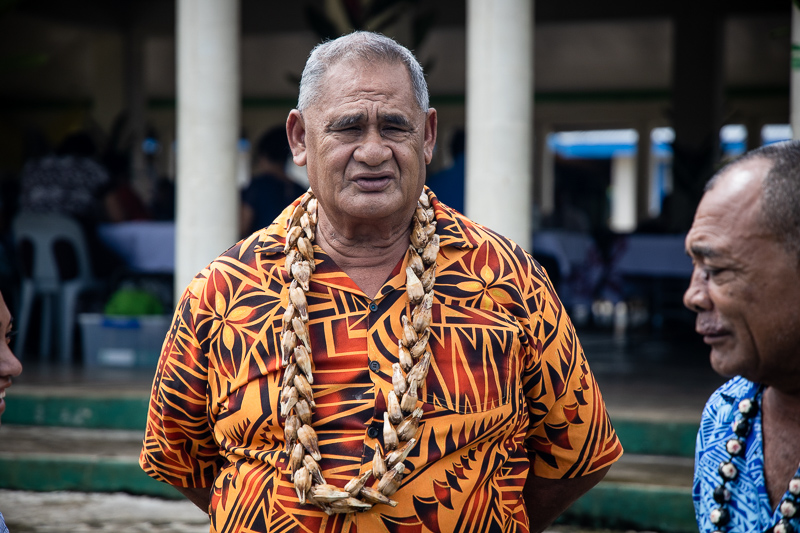 Pa'u Aso, a paramount chief from the village of Samatau, told the Samoa Observer about the village's stance.

"We have expressed our village's support to the Committee," said Pa'u.

"After discussions with the Committee, our village has decided to support the amendments made to our Lands and Titles Court."

Their decision, according to Pa'u, was not easily made:

"We discussed this issue thoroughly and we all agree to support it. Despite all the rumours we heard about the changes and how it will affect the country and the culture, we now have a fair understanding of why the changes were proposed and we decided to support the changes behind the bills."

Among the changes to be enacted by the three bills are the prevention of decisions of the L.T.C. from being subject to review by the Supreme Court. The L.T.C. would instead have its own, independent structure for reviewing bills.

According to Pa'u, they had several questions regarding the proposed changes, only because they wanted to "fully understand" the impacts the changes will have on Samoan culture should the three bills be passed into law:

"The explanation from the Parliamentary Committee has dismissed all the doubts we had and we now understand that it will not affect our Lands and Titles, as the others have put it.

"As you are aware, when it comes to the issues regarding our lands and matai titles, our people become very sensitive. They are a part of who we are as Samoans and we would do anything to protect our lands and titles."

One specific change Samatau emphasised in their recommendation according to Pa'u was "communal rights."

"But that does not mean we look down on the individual rights. No! Because of the fa'a-matai, we need to highlight communal rights and it should reflect in our Constitutional.

"The Committee has explained that part and therefore, we agree to that part."

Said Pa'u, changes are inevitable as the world is evolving.

"We are living in an era where changes are occurring at a very fast rate. Therefore, we have to make these changes so that we are in line with the rest of the world.

"But that does mean it will change who we are as a country and people."

The Special Parliamentary Committee continues to hear from villages in Upolu this week.