The Head of State of Samoa, His Highness Tuimaleal'iifano Va'aletoa Sualauvi II, has wished all the fathers of Samoa a peaceful and blessed Fathers Day.

He spoke about “resting for a while on God," saying it is the best thing for fathers to do amidst time of struggles and challenges.

While his official duties require him to serve his country as an honourary figure, Tuimaleal'iifano is also a man of the cloth where he has been quietly conducting the services at the Congregational Christian Church of Samoa at the village.

Tuimaleali'ifano’s sermon focused on the topic, “Rest a while”.

And while exploring the various types of resting using the story of Jesus and Joseph, he highlighted that “resting a while on God, is best”. 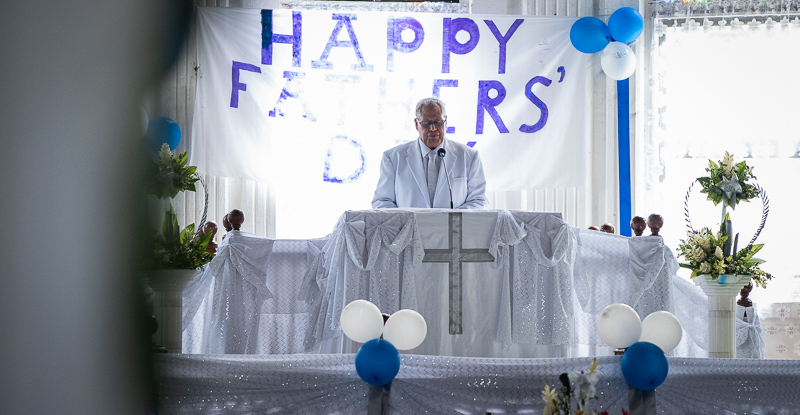 Joseph who was born to a wealthy family rested from his initial life after his brothers had sold him to Ishmaelites carrying spices and perfumes to Egypt, for trade.

There he was sold into slavery in Egypt, but as he was resting from his comfortable life and missing his beloved father, Joseph was resting on God’s protection and promises.

Despite his tribulations, Joseph was in God’s favour. Joseph found favor in the sight of Potiphar and was later reunited with his father whom he had been separated from for years.

Tuimaleal'iifano then reminded fathers of Matautu Falelatai that resting a while on God gives a broader vision for their lives as well as gives strength for both body and soul.

“True rest is found in God. Through him, everything we do is blessing. May he lead our duties in the church and families,” he said.

“Jesus said, "You come apart into a desert place, and rest awhile." For there were many coming and going and they had no leisure so much as to eat.” 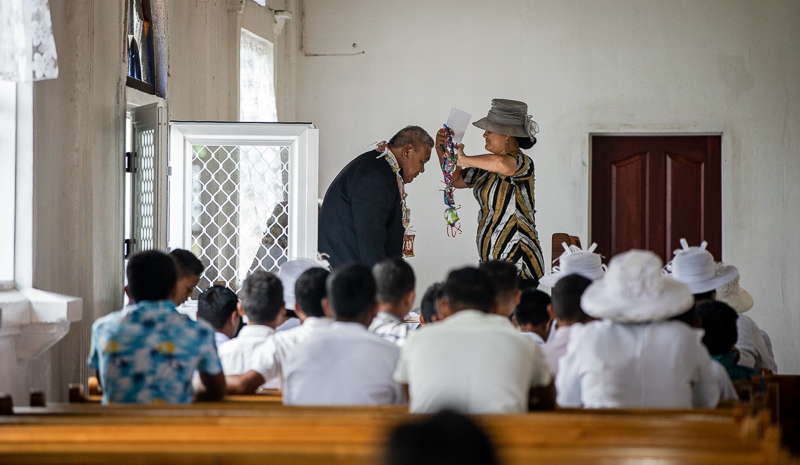 While some may think it strange for someone of such stature to also perform churchly duties, the people of Falelatai village are simply appreciative of Tuimaleali'ifano’s heretofore unrecognised work.

Following the brief service, the Women’s Committee presented candy necklaces to the men in celebration of their husbands and fathers.