The Vaisigano Bridge has been built on a 100-year design scale and was constructed to withstand salt damage (Photo: Aufai Areta Areta)

The Land and Transport Authority (L.T.A.) will on Saturday announce plans to commission this month the $43 million Vaisigano Bridge project following months of road works and closures.

An L.T.A. official, who declined to be named, confirmed that the Authority would announce on Saturday its plans to commission the long-anticipated road project at a press conference.

But the bridge will be open to the public from tomorrow before its official opening later this month.

Installed earlier this week ahead of Saturday’s announcement were newly installed streetlights illuminating the footpaths surrounding the roundabout connecting roads from Matautu tai, Matautu uta, and the bridge.

The L.T.A. has hailed the bridge as "one step closer to the opening" the new development in Apia City.

Bridge construction works have been carried out by the Japanese Konoike Construction Company Ltd. 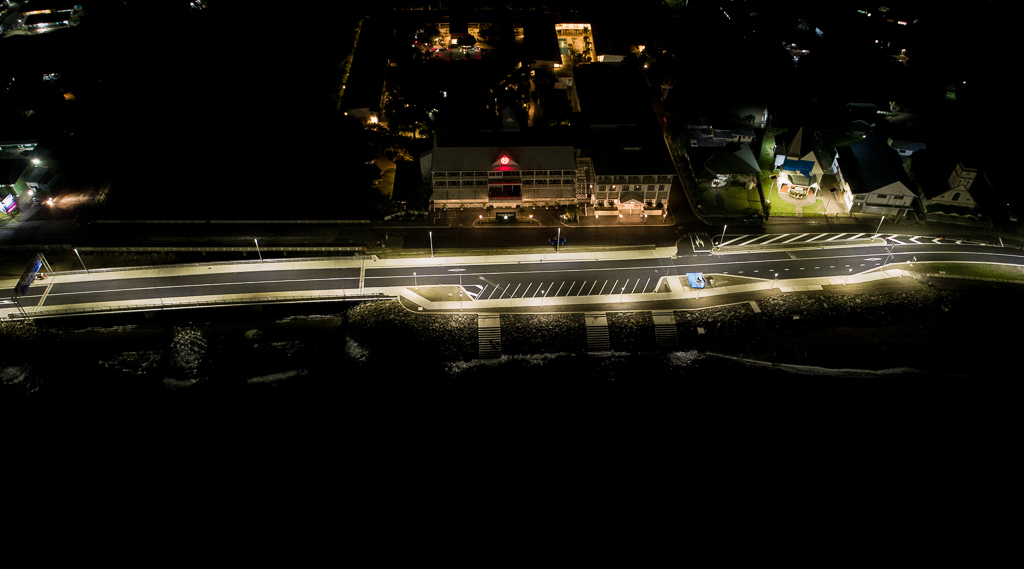 Vaisigano bridge is a three-span prestressed concrete interconnected pretensioned hollow slab bridge with 75 meters in length, 1.5 metres higher and 20 meters downstream from the old one.

The bridge foundation alone is 40 metres deep, according to information provided exclusively to Samoa by the Embassy of Japan.

The footpaths lining the new bridge roads are 2.5 metres wide with bridge railings which were shipped in from Japan, made of the latest aluminium technology to ensure the safety of pedestrians, as well as cars, in the event of an accident. 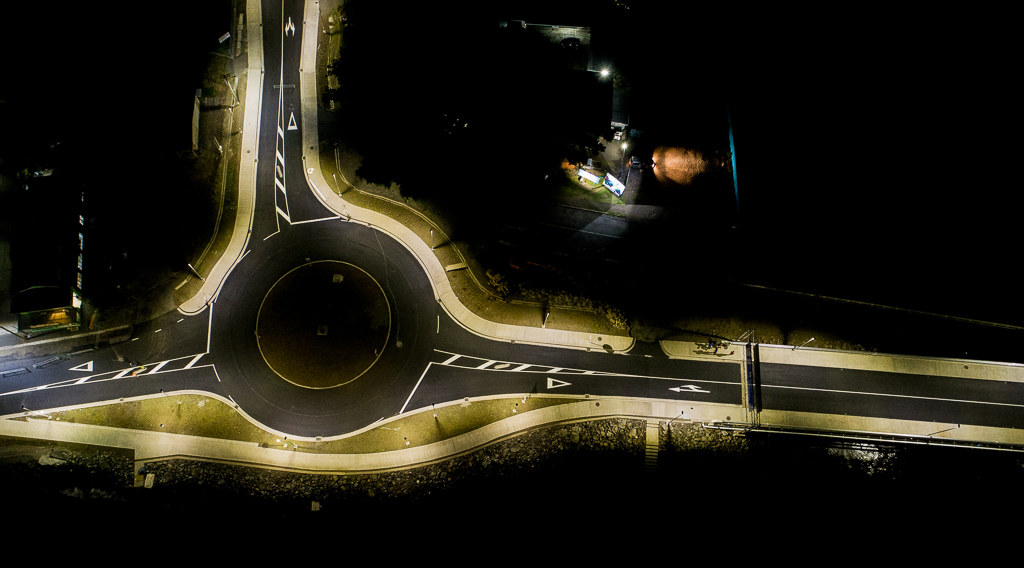 An epoxy-coated reinforcement bar and steel wire will be used to reinforce the concrete and prestressed concrete structures and the reinforcement bars will be kept at a greater than prescribed thickness. An admixture including silica fume will also be added to the aggregate construction to increase the compression strength of the structure.

The concrete lining the bridge is furnished with a waterproof sheet expected to maintain concrete quality over time.

The three-span prefabricated beams are connected at the upper edge tightly which produces no expansion joints. This is designed to make driving more comfortable.

However, for the Vaisigano bridge, beams were prefabricated at a temporary yard near the construction site and transported to the location. It is the first case that a major piece of infrastructure has been constructed in this way in an overseas country, according to the information provided by the Japanese Embassy.

Piles of piers and abutments have been cast–in situ. The concrete piles have all been constructed using the casing method, which is the safest and most secure method for bridges designed to lower the vibration and noise during construction.

The $43 million project for the design, supervision and construction works is funded by Japan under a grant agreement with Samoa, channelled through the Japan International Cooperation Agency (“J.I.C.A.”).