The gas station under construction at Tuanaimato (Photo: Francis Fa'alili)

The construction of a gas station at Tuana'imato, which was stopped late last year after nearby residents’ claimed a Chinese businessman had taken over its ownership, has been given the green light to proceed.

This was confirmed by the Chief Executive Officer of the Ministry of Works, Transport and Infrastructure, Magele Hoe Viali, who said the "information had not been substantiated." The license for the gas station has been issued under the name Christine Passi.

In response to Samoa Observer queries, Magele said approval was granted by the Planning and Urban Management Board [P.U.M.A.] for the project to proceed on 14 June 2018.

But the project hit a snag and a stop order was issued on 5 November 2019 after the Ministry of Works, Transport and Industry, received information alleging a change of ownership.

“A stop order had been issued on 5 November 2019 due to information received from nearby residents alleging a change of ownership of the petrol station to a local Chinese businessman, however, this information had not been substantiated,” Magele said.

The Chief Executive Officer also addressed concerns about the safety of the gas station, given its location and the proximity of another gas station nearby.

"There is no such law nor a land use plan for that area in particular that segregates the area into types of land usage like overseas where zoning of land exists,” Magele said in an email response.

Asked if there was consultation with residents who lived within close proximity of the service station’s construction site, the C.E.O. said the developer had undertaken that work in 2018 and included the feedback in its Preliminary Environmental Assessment Report, which was submitted together with their application to P.U.M.A. 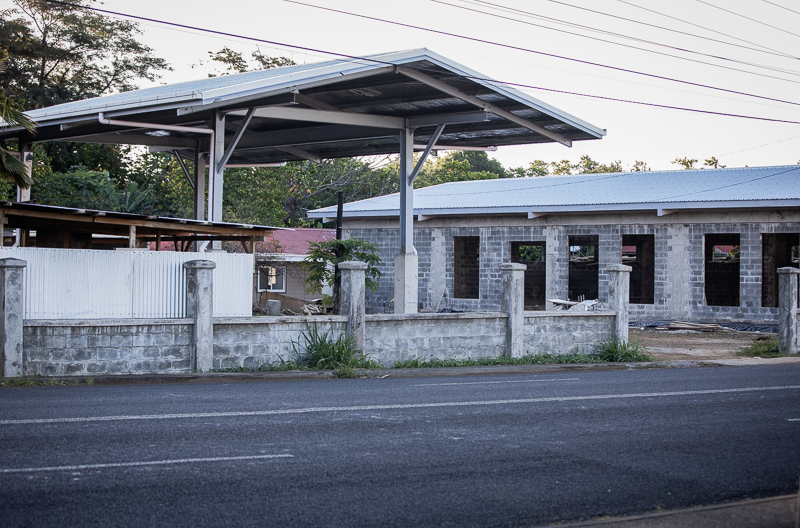 “Yes, consultations had been carried out by the Developer back in 2018 and had included the outcome of such undertaking in the Preliminary Environmental Assessment Report [P.E.A.R.] which was submitted together with their application to P.U.M.A.

“This particular case was also referred to the relevant government Authorities [i.e] Fire Emergency Services Authority [F.E.S.A.], Ministry of Commerce, Industry and Labor, Land Transport Authority, M.N.R.E. Disaster Management Office, M.N.R.E. Environment and Conservation Division and there had been no objections from them.”

When asked if the location of the new service station would present challenges for the Faleata F.E.S.A. office opposite it, Magele said its location would be beneficial in terms of addressing fire risks.

“On the contrary.  Fire hazard from the new petrol station to nearby residences is raised as an issue but with the proximity of the fire station, a better fire hazard response will be an advantage.”

Asked who owned the service station, the C.E.O. said the Ministry of Finance had issued a license to Christine Passi.

But Benjamin Joshua, who lives close to the construction site, is adamant that building a service station next to residential properties is not safe and is also not necessary when it is close to an existing one.

However, another resident Susana Teofilo said there is nothing wrong with having another service station nearby as it will make it convenient for motorists.

The family who own the yet-to-be completed service station were approached by the Samoa Observer, but they refused to comment.