Female match official speaks of challenges on the field

One of the female linesmen (Photo: Vaitogi A Matafeo )

A female match official has spoken of the challenges she faces on the field including umpiring men-only sporting events.

A match official currently undergoing a Second Level Coaching Match Official course at the High Performance Unit in Tuanaimato, Phillipa Poufa Eletise Savea, told the Samoa Observer in an interview that she is already refereeing men-only sports despite still undergoing training and she has her challenges.

Ms Savea, who is doing the refereeing course under the auspices of the Samoa Referees Association and the Faleata Knights rugby union club, said she was initially afraid as she lacked confidence.

"As a new recruit to the association, I was a bit scared when I started out because I lacked confidence and I wasn't sure of myself either,” she said in an interview.

“I first started as a linesman and from there I grew an interest in becoming a match official so I am still undergoing courses for that and I am grateful to our association and the Faleata Knights for giving me the opportunity to try out on the field.”

Despite the challenges, the trainee-umpire believes that it is her on field experience which will boost her confidence.

“I believe that's where I gain more confidence, especially the kind of matches that they have put me in to officiate is really tough because they are men," she said. 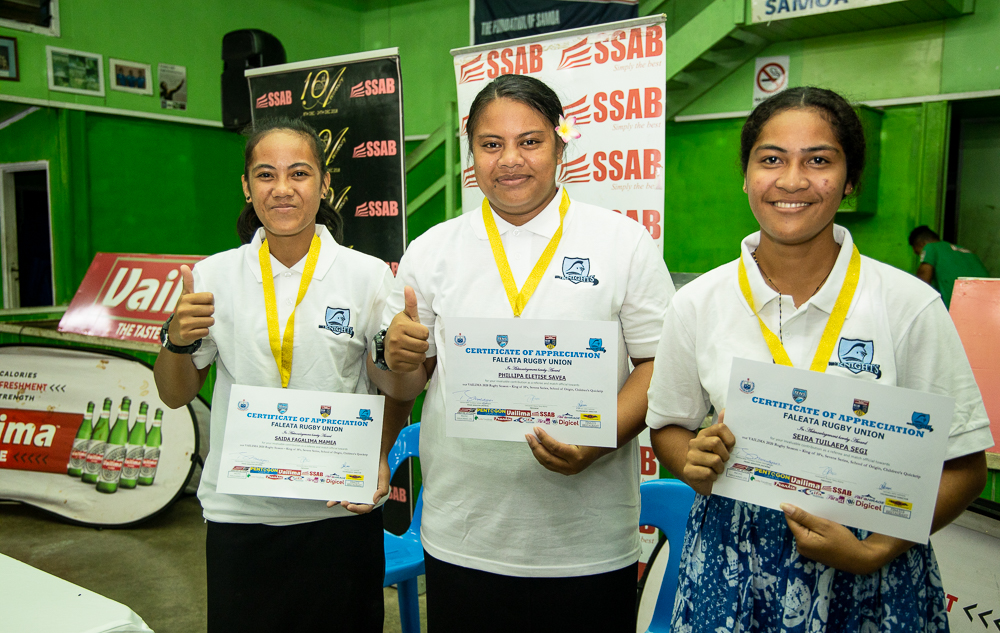 The job of a referee is not easy as their decisions in a match will always come under scrutiny with Ms Savea saying she is mindful of that as well as how she is treated by players.

Therefore, to overcome these challenges she looks to the success of Samoa’s first woman rugby referee, Avii Faalupega Magele, who has gone on to umpire international rugby test matches.

"Sometimes it gets harder but with the advice I've been given from my association, but most especially from the woman I idolised is very encouraging,” she revealed.

“Avii is my idol and that is the level I want to reach, I want to be just like her. She always advised me that when I am on the field, just think of it as I'm still doing a lineman job.

“And don't mind the players, spectators, coaches, or anyone that says anything towards me during a game but stay focused on the game and just make sure that I am making the right call every time.”

As a referee, the match official can also get caught in player scuffles during matches, but Ms Savea is of the view that her safety is paramount.

"If anything happens along with the game, like a scuffle between players, we are to prioritise our safety. Until everyone cools down, that's when we come in and make the final call whether to end the game or award a penalty," she added.

He said unemployed women as well as those who have dropped out of school should consider signing up for the match officials training course as it is a career that needs more people.