Funding a challenge for Samoan sailor

Samoa
Qualifying for the Olympics is a dream come true for Eroni Leilua (Photo: Supplied )
By Hyunsook Siutaia •   29 July 2020, 5:00AM

Samoan sailor Eroni Leilua has qualified for the 2021 Tokyo Olympics, but funding to realise his dream as an athlete remains a major hurdle he will need to overcome.

His humble beginnings as a sailor began at the Apia Yacht Club when he was 8-years-old, at the insistence of his mother who used to sail, and wanted him and his siblings to take on the sport.

After qualifying for the Olympics at the World Laser Championships in Melbourne in February this year, Leilua said his biggest hurdle is funding as sailing is an expensive sport.

He said high-performance coaching, training camps, international competitions and the latest equipment and gear are all required to be competitive at an international level and cost a lot of money.

"As there is limited funding available from the ILCA [International Laser Class Association] and the Government, I need to fundraise over the next 12 months to cover the costs of my campaign and ensure I give myself the best opportunity possible," he said.

Leilua said he is fortunate to have a large support team who have all contributed to his journey. They include his coach and manager Raema Von Reiche; the Apia Yacht Club; Samoa Sailing Association; Fa'atasi training group; his employer MG Marketing; and his family and friends.

And he also made special mention of his parents, who he said put a lot of time and money into supporting him to achieve success. 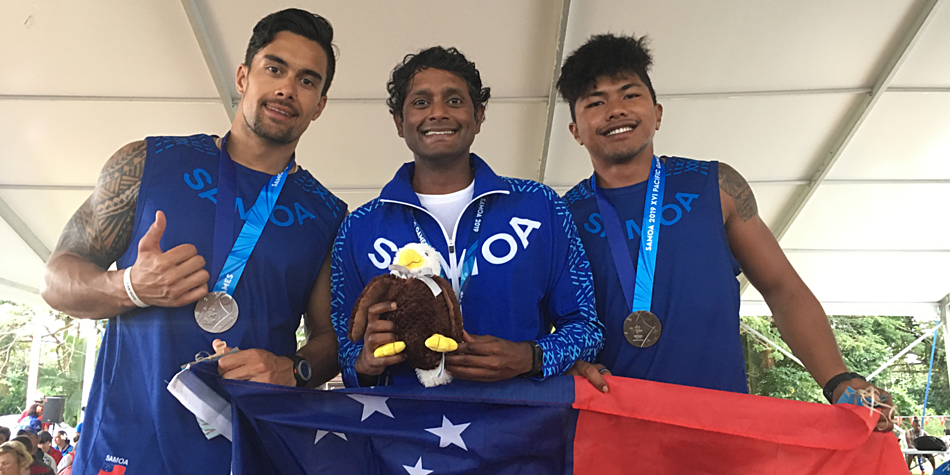 And as the countdown to the deferred Tokyo Olympics continues, the COVID-19 global pandemic is also affecting his training.

"We are very lucky to live on this side of the world and be in the position we are in as I know there are still many nations fighting the virus and sport is the last thing on their mind," he said.

The pandemic’s biggest impact on Leilua has been his preparations for upcoming events as well as overseas training camps, due to the travel restrictions brought on by COVID-19.

The international travel restrictions are unlikely to go away soon, Leilua concedes, but he tells himself to stay focused and continue to train locally until borders open for air travel.

His training and preparations are going well so far, despite the weather conditions in New Zealand which he says have been very wet, windy and cold but he is determined to utilise the days with good weather.

Putting Samoa on the map and making his family and country proud is what he hopes to achieve in the upcoming Tokyo Olympics.

Leilua grew up in Vaivase-Uta. His father is from Vaiala and his mother is from Dunedin in New Zealand. He attended Vaiala Beach Primary School until the age of 12 and then moved to New Zealand to complete his secondary and tertiary education.