The Lalotalie offerings, alongside Savaia’s infamous giant clam snorkelling experience and neighbouring Gagaifolevao village’s efforts to develop a similar attraction, mean a family could easily spend a weekend in Lefaga and still not see everything. (Photo: Aufa'i Areta Areta)

Lefaga Bay is fast becoming one of Upolu's tourism hotspots, with both scenic and adventurous activities catering for visitors of all kinds.

But that list is not finished growing. Lalotalie Eco-Cultural Adventure Tourism (E.C.A.T.) Ventures, is constantly adding strings to their bow.

Founder Tuiafutea Orisene Va'afusuaga and 16 local tour guides in their early 20s have been carving out a range of trails that weave up the waterfalls and rivers that nourish the greenery surrounding Lalotalie and Faleaseela villages. 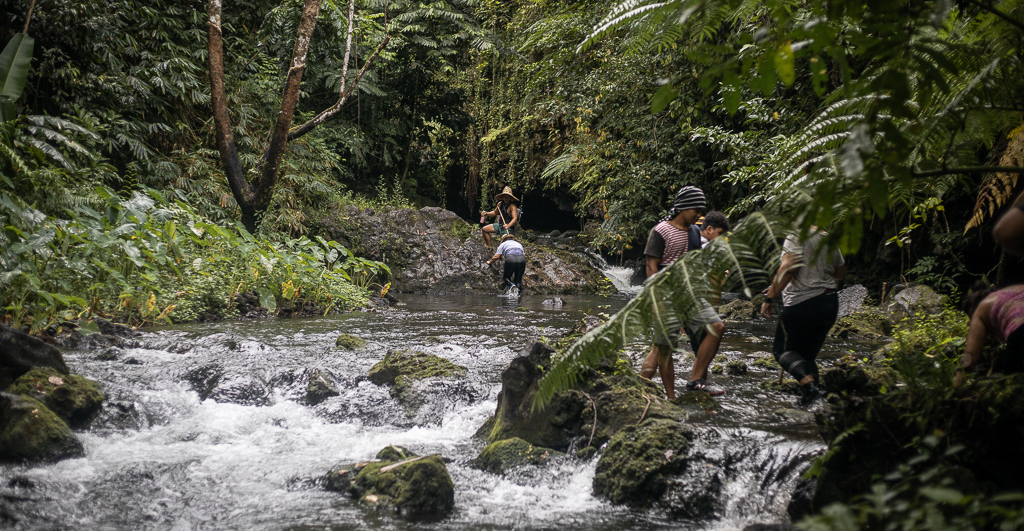 The young guides are naturals, having grown up around the waterfalls. They spring lightly from stone to stone.

To hike to all 14 waterfalls takes between four and six hours and are old favourites of volunteers who find out about the famous river hikes from Peace Corp and Japanese volunteers gone by.

It’s an intrepid experience. Armed with a walking stick and a guide close by, expect to have to clamber up and down rocks alongside the overflowing waterfalls.

If it sounds too adrenaline-inducing, the company has branched out into gentle canoe trips around Lefaga Bay, including a visit to the oldest mangrove site in Samoa, according to the Government.

For those who prefer seaside views, there is an eight to ten-hour coastal walk around the Bay. So far a group of Japanese volunteers holds the record for taking the longest with 10 and a-half-hours 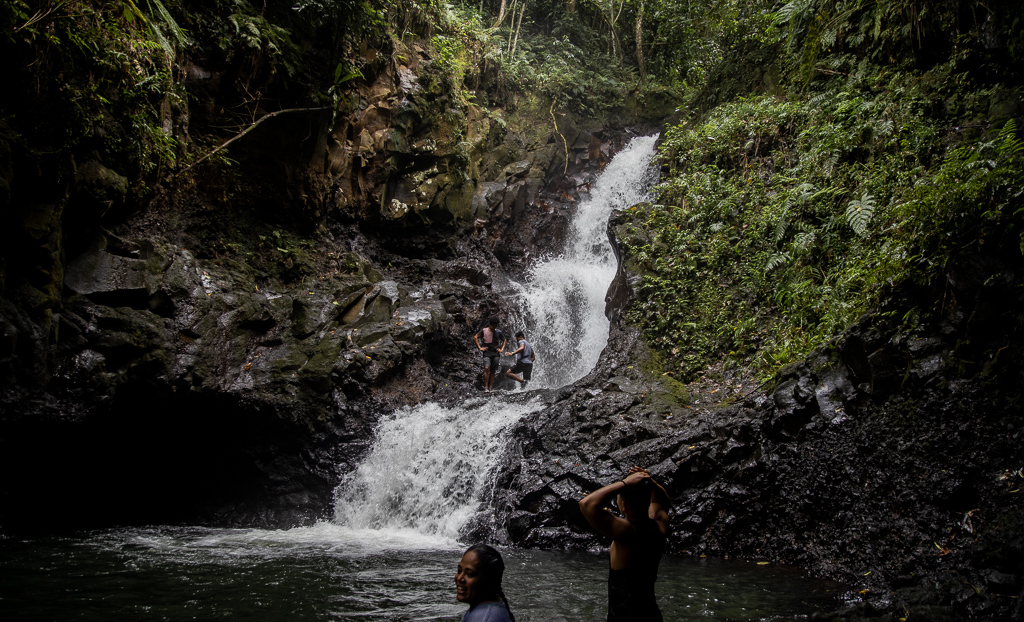 The Lalotalie offerings, alongside Savaia’s famous giant clam snorkelling and the neighbouring Gagaifolevao village’s efforts to develop a similar attraction, mean a family could easily spend a weekend in Lefaga and not run out of attractions.

There are plenty of places to stay, including in Lalotalie itself at the E.C.A.T. site and beach fale and resort-style accommodation.

“These are all-natural resources we have been blessed with and want to protect,” he said.

“It hasn’t been that easy, the many years of negotiating, talking and working things out with the chiefs and all different dynamics in the village.

“But we persist and persevere and look to invest in the young ones.” 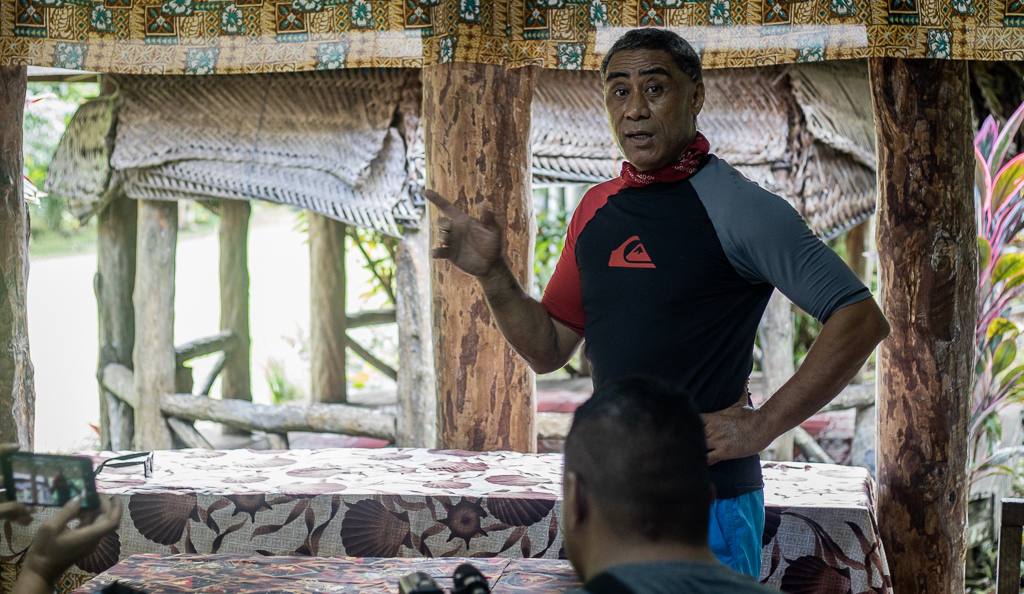 As well as investing in tourism, Tuiafutea is a founding member of the Faleaseela Environment Protection Society (F.E.P.S.) which was formed by the village council in 2007.

F.E.P.S. invested in replanting tens of thousands of trees alongside the rivers to prevent soil erosion, and had farmers move their cattle further away from the waterways to keep the rivers clean.

When, in 2011, the main river, Liua le Vai o Sina, dried up for the first time in recent memory, the village was spurred into joint action, highlighting the environmental crises affecting not their home but the world.

Tuiafutea said the ecotourism model is a growing way to make a living out of protecting their natural resources, and which encourages other villages to look at how they might do the same. 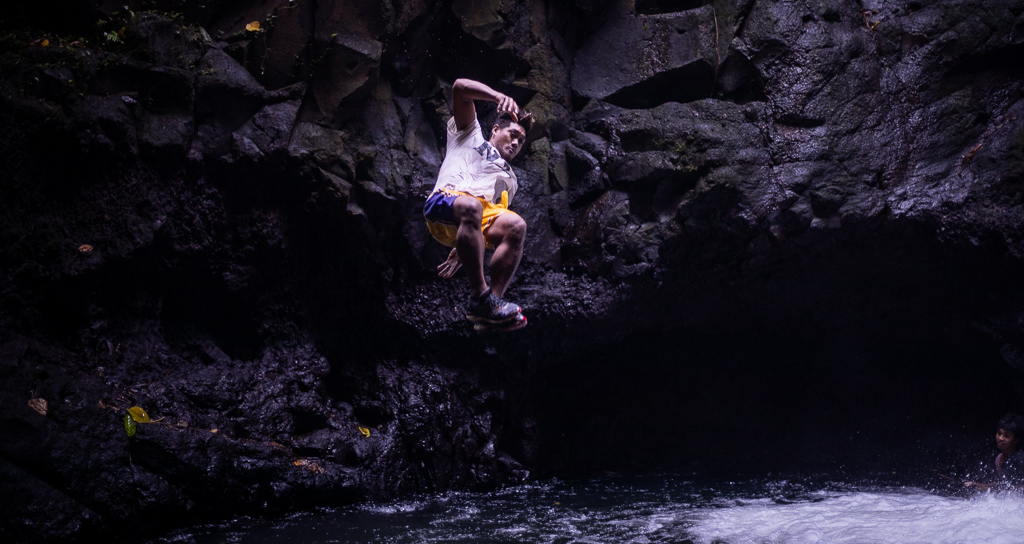 “Each village is blessed to have natural resources,” he said.

“And by following this E.C.A.T. model, setting up a business to both use and preserve those resources is easy enough.

“That is our vision, we want to share the love and what we have done in terms of protecting the environment and also making a living from it.”