Family mourns death of seven year old at Falelatai who died from a hit and run accident. (Photo: Francis Faalili)

A Falelatai family is mourning the death of their seven-year-old son who last Friday evening was run over by a truck while he was walking back from a store.

The distraught mother, Meaalii Misa Faatauili, told the Samoa Observer that her son Amani Misa Talaso'o was returning from a shop within the vicinity of their home when he was hit by a truck which dragged his body to the family’s front yard.

She said her daughter was the first to find her brother’s dead body beside the main road in front of their home, before his husband came running to look for assistance, without even knowing that it was his son who was hit.

"It was very unexpected and my daughter was just standing there shocked by what she saw, thinking it was someone else before my husband came and carried him to look for help, and he only realised later on when he carried him and looked closer that it was his son," she said while crying.

The seven-year-old boy died at the scene and was later taken to the hospital after the Police arrived, according to his mother.

"We heard from witnesses later on that it was a truck that was transporting some family stuff [just within the vicinity of Falelatai] and possibly he got scared and ran away without even helping our poor son or at least letting us know," she added. "Still from witnesses, they said he told them that he heard that the truck was hitting something and could only realise it was a boy when it was too late."

The boy’s walk to the nearby shop was the first time his father had asked him to do so on that evening before tragedy struck. 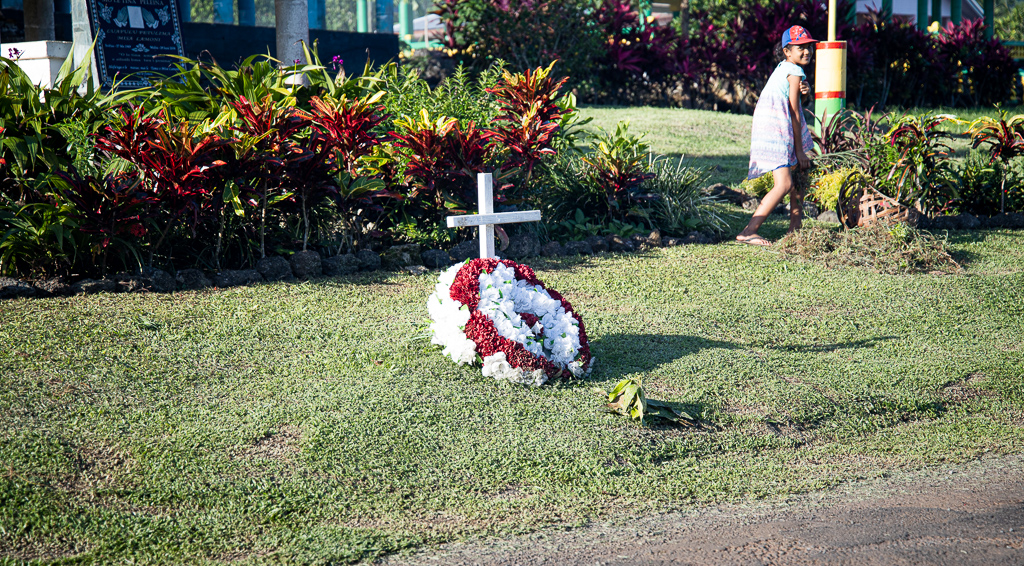 "My son is always the most obedient out of all my children and because of that, he wanted to do the shopping instead because my daughter was lazy and did not want to go, and that was the only time we ever allowed him to go to the shop."

The victim was a student at Falelatai Primary School and was always his “mummy’s boy” as well as everyone's favorite, especially his grandparents, according to grieving family members.

He loved going to church and attending Sunday school as well as helping his mother with the dishes, tidying the house and giving money to his friends.

"He’s the most loving, caring child and so soft-spoken,” his mother added.

Mrs Misa said all she could do now is to reminisce on the good times she shared with her son, except for her husband.

“An eye for an eye! That's all there was in my husband's mind that night and as I grieved, though it's really hard for me,” she lamented.

“I am also still doing my job of advising my husband to forgive and forget, though it's really really hard to do, especially at this point."

Attempts to get a comment from the Police were unsuccessful.