A 46-year-old son of Afega and businessman, Fata Ryan Schuster, has stepped forward to fulfil a "life long goal" by running in the General Election next year in a bid to represent the Sagaga II constituency in Parliament.

Fata Ryan confirmed his candidacy as an Independent, among other challengers for the seat currently occupied by Sagaga's II's Member of Parliament and Associate Minister, Seiuli Ueligitone Seiuli.

Speaking to the Samoa Observer during an interview, Fata said he grew up to admire his ancestors tirelessly serving the village of Afega for years and it motivated him not only to follow their footsteps in the village but also now as he suits up for the 2021 General Election.

He said his great grandfather, Gatoaitele Savea Tuivaiese II, was one of eleven members of the Fono ma Faipule which was the legislature in Western Samoa during the colonial era. He also remembered his his grandfather, Savea Malifa, who was the mayor of Afega when he was growing up.

"I was raised in the village and I joined the motion of serving others from a very young age," he said.  "So I've decided to follow [my great grandfather's] footsteps and also want to serve my district. It has been my role in my family and village to serve."

The former Samoa College student is no stranger to village affairs where he was involved as untitled man (taulealea) until he was bestowed the Fata title in 2014. 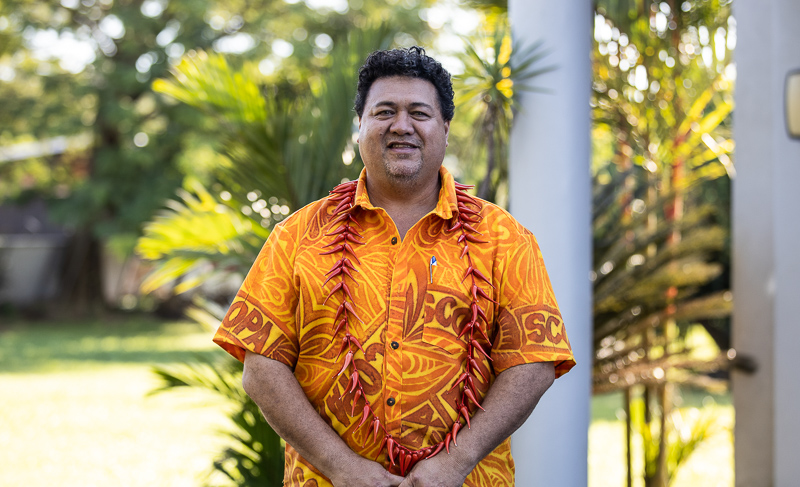 "And I do believe that 'O le ala i le pule o  le tautua' (the road to leadership is through service) and that has been my personal motto. I have served for a long time and for me, it's easy to translate the needs of my district if I am elected," he said.

"A member of Parliament is supposed to be the constituency's servant, but it seems some think they are the boss once they are elected and that's not what we need. I am confident I will have a greater impact on not only my village but also my district in terms of what we need."

This will be Fata's first time in the political ring but he is confident that he has something to offer not just for Sagaga but also the nation of Samoa.

For Sagaga II, Fata pointed to the need to develop education, sports, access roads, building of seawalls on the coasts of the villages, as well as the reviving of the district's rich traditions and history.

Developing the youth of Sagaga le Usoga is another key goal for the candidate. The former Manu Samoa Manager has been involved in the district rugby ring for decades.

"Not everyone is great in school and I want to use that opportunity to push the young men of Sagaga Le Usoga exactly as we have seen with the previous players or even better," he said.

Fata says Afega, Malie and Tuana'i's plantations roads are among the worst in the country and he is on a mission to change this to ensure the villagers are able to get to and from their plantations with ease.

In terms of seawalls for the three villages, Fata says the need for seawalls along the coast of Afega, Malie and Tuana'i has been obvious for some time as the currents continue to chew into families' lands.

According to Fata he was unanimously handpicked by both fractions of the village of Afega to be their representative in the coming elections, at least for now as "anything can happen" in the months leading up to the elections in April next year.

"I want to thank my village for putting their trust in me," Fata said.

He also thanked his mother, Taulesulu, his siblings and the whole family for their blessing for him to contend in the elections.

Fata is married to Leilani with three children, Tofaeafe, Leyan and Timoteo.