Five football clubs in Savai'i were the recipients of uniforms and gears funded by FIFA through the FIFA Forward Project under the Competition Upgrade and Club Assistance.

In a statement released by FFS, the president of FFS, Papalii Samuel Petaia in his keynote address, conveyed their appreciation of the Football Clubs in Savaii particularly their role in ensuring the game is played and developed within Savaii.

“Without Clubs, football will not exist and development initiatives supported by the FIFA Forward Project cannot be implemented,” he said

He also stated that FFS believes in the development of football talent from grassroots to senior division, Club development and also strives to provide the infrastructure in terms of playing fields for Clubs to utilize for training, tournaments as well as providing an opportunity for Samoa to host international tournaments. 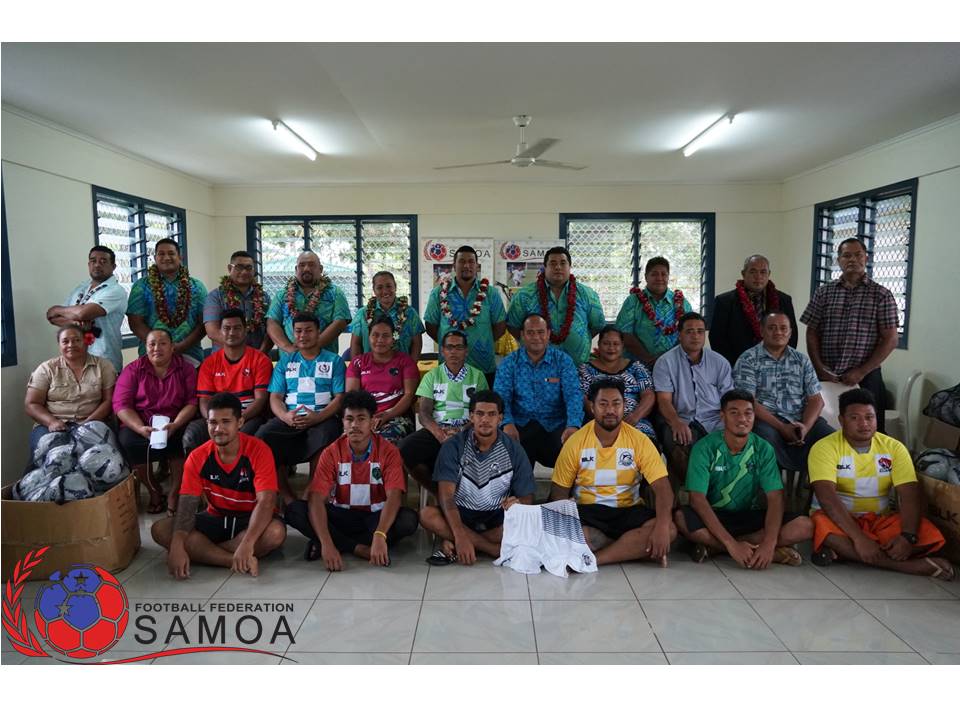 “That is why FFS has acquired land at the Apia Park fields to roll outs its new project with the support of the Government,” he added

“ The development of the Apia Park Fields will not only lift the standard of football development in Samoa but aims to provide a much needed state of the art football fields showcasing Samoa’s ability to host international tournaments.”

Papalii went on to say that there are a lot of children in Savaii with talent and potential to excel in soccer hence FFS coming out to meet the clubs.

“FFS is also well supported by FIFA and OFC with sports gear thus the opportunity to come out to Savaii and acknowledge the contribution and participation of each Club is significant as we want to assure our stakeholders that we offer the same support accorded to the Upolu Clubs to the Savaii Football Clubs,” he added

According to Savai’i Manager and Head of Technical, Tala Salamasina, he stated that organising uniforms and gears for the teams isn’t easy and he hopes that the donation will encourage young players to further pursue the sport.

The uniforms and football gears are timely in assisting clubs to prepare for the Savaii League which will kick off in a few weeks’ time.

The launch of the Savaii Clubs Uniform runs in conjunction with the Women’s Football initiative which was launched last week and equally aims to solidify football as the main sport in Samoa.

The FFS Executive is in Savaii for 2 days to scope prospective development initiatives that will assist in the improvement and participation in soccer and as well as identify areas for proper team management amongst registered Savaii Clubs.

This is also in line with some of the Core Objectives of Football in Samoa which is to increase participation, encourage participation in soccer, professional soccer development and no one is left behind.