Poutasi hosts its boys under quarantine

A mother of five whose husband returned home as one of over 300 seasonal workers being quarantined at Poutasi is patiently awaiting his release.

The husband of Segia Apiteli is one of the 117 workers from Poutasi under the Falealili Seasonal Workers Programme while the other workers will remain in Government-managed quarantine in hotels spread out across Apia.

The seasonal workers arrived in the country on board an Air New Zealand flight which landed at Faleolo airport on Friday. 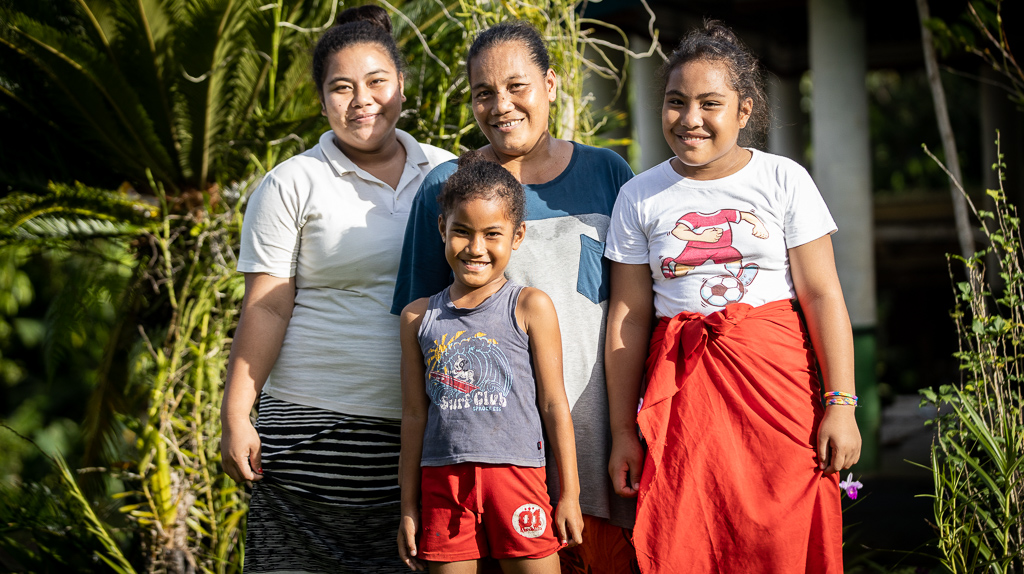 Two flights were approved by Air New Zealand to carry seasonal workers across New Zealand on their 787-9 Dreamliner aircraft.

The two charter flights will each bring around 300 workers home from Hawke’s Bay, Blenheim, Gisborne, Martinborough and the Bay of Plenty.

Mrs. Apiteli told the Samoa Observer that her husband has been stranded in New Zealand for two months after a six month contract work. 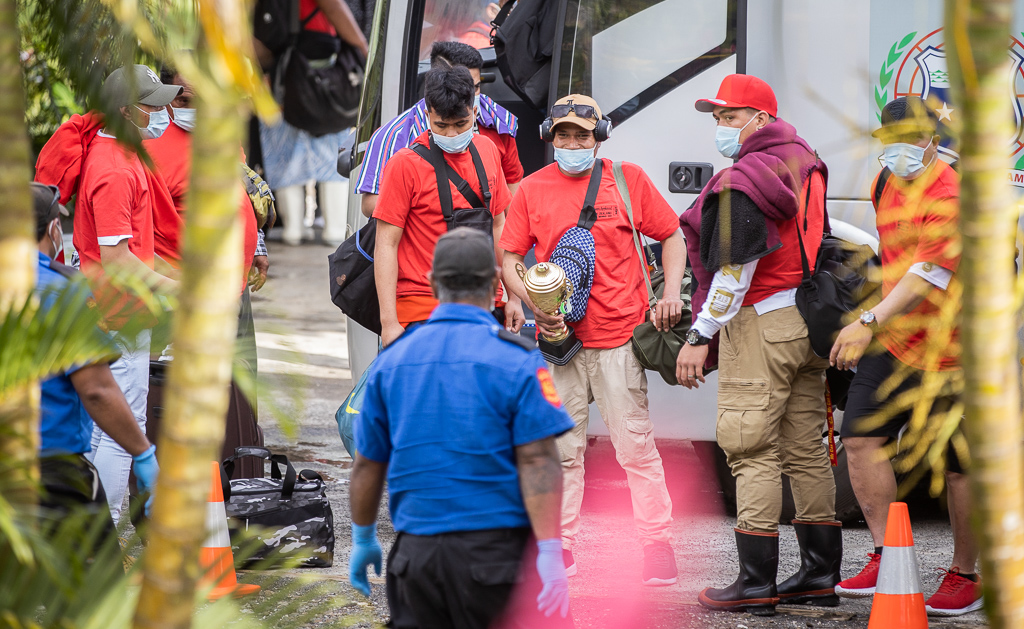 “My heart is overwhelmed with joy knowing that my husband has returned home safely,” she said.

The 38-year-old from Poutasi added that it was not easy waiting for her husband return knowing that New Zealand had confirmed COVID-19 cases.

“My children and I will be reunited with their father and we give glory to God for guiding and protecting him all these months. 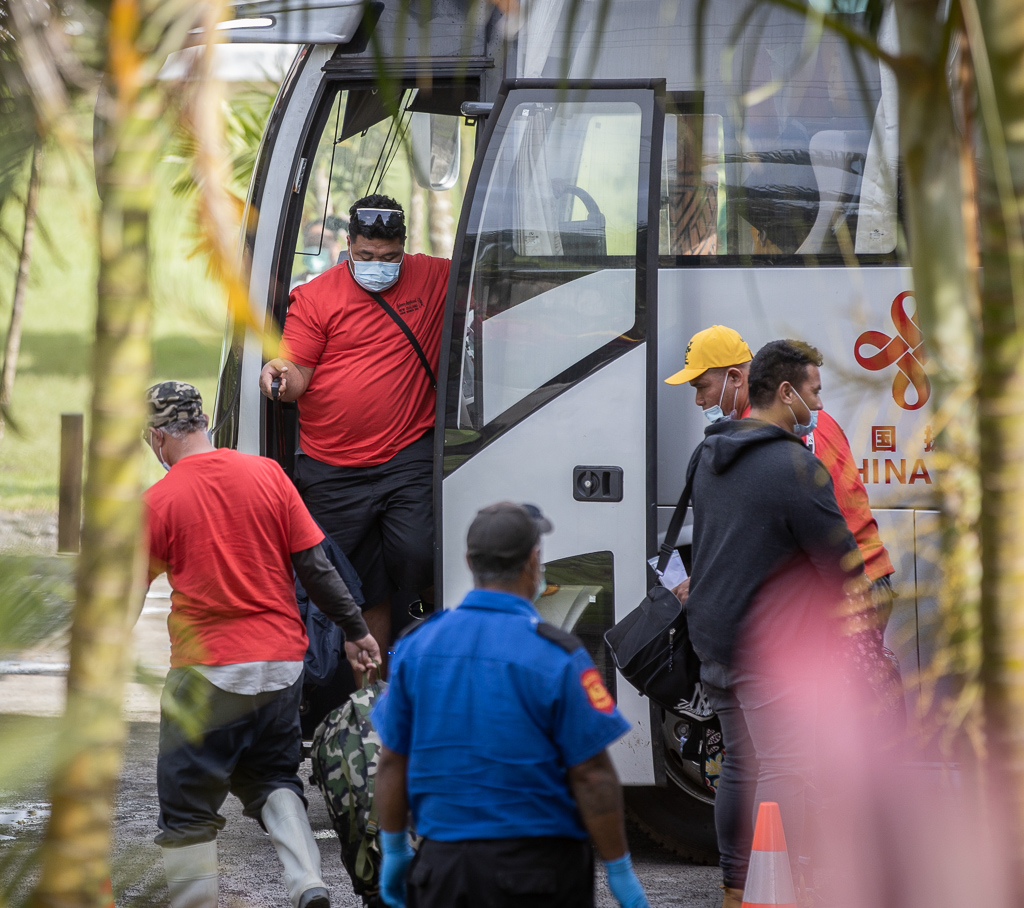 “I was carrying my one-month-old child when my husband was away. The work he has done for our family is very significant because he financially supports us in everything whether it is family commitments, raising our children and

“I know that he will be quarantined for 14 days but that won’t take long, we will be waiting with open arms.”

According to the founder of the Falealili Seasonal Workers’ Programme, Tuatagaloa Joe Annandale, the village and families of those arriving are overwhelmed with happiness for their return. 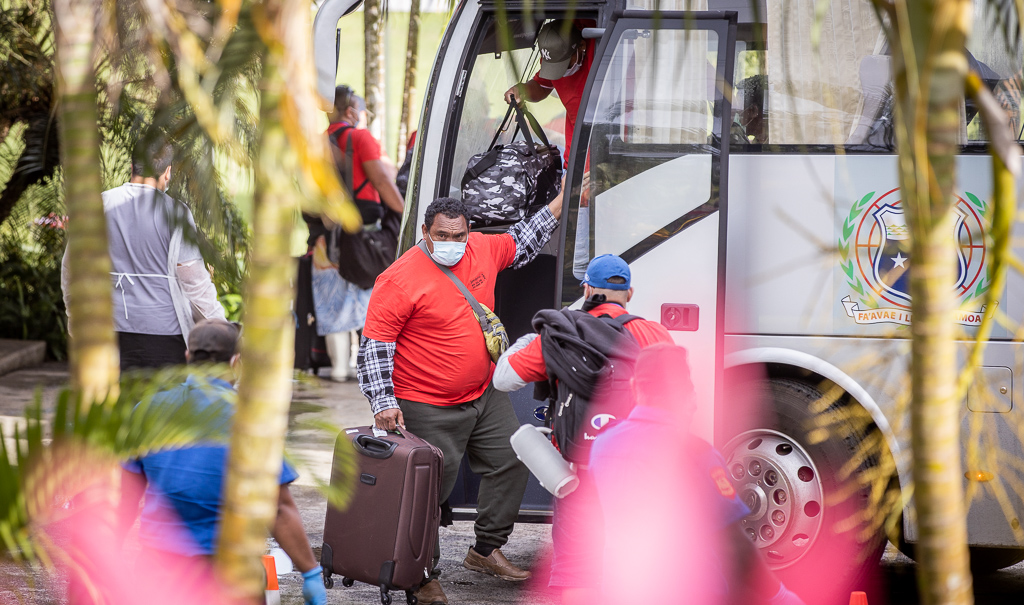 "I'm so happy, it brought tears to my eyes that my boys have finally come home," he said.

He added that each seasonal worker has been assigned their own Digicel sim cards, towel, face mask, toiletries, toothbrush, cup, plate, spoon, and a week's stock of food.

"They also have a television set to kill time." 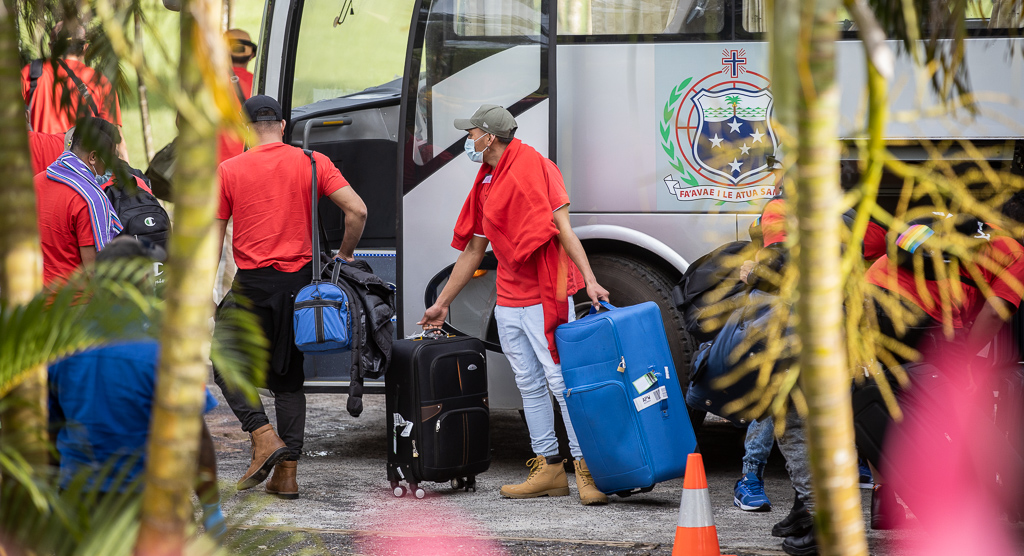 He added that all arriving passengers have been advised that alcohol and cigarettes are prohibited while under quarantine.

“There will be a total of 149 who will be quarantined here at Poutasi using a hall, school classrooms, and a two-story building but the hard work ends today for us.

“And of course they have been advised that alcohol and smoking are prohibited while being under quarantine.

“It has been five weeks setting up this site ready for the boys, and we are grateful for the families who have also shown support by providing some of the mats, pillows and blankets.”

He added that some of the villagers expressed concerns about the close proximity of the quarantine site.

“However, there were some misconceptions that the virus is spread through the winds which we assured them that is not the case.

“But the boys have been in isolation for weeks and have not been exposed plus they undergo tests before getting on the plane.

“But on Thursday we had a priest bless the site with holy water and conducted a prayer for safety and protection from God.”

Tuatagaloa also said that there are over 50 of their other seasonal workers working in New Zealand.

“We also assure everyone that health and relevant officials will disinfect the whole compound after.”