Mixers and PA systems, worth $900 and $1920 each were on sale following their donation to Samoa for the Pacific Games. (Photo: Aufa'i Areta Areta)

The first sale of remaining equipment from the 2019 Pacific Games was packed to the rafters on Thursday, with some customers reporting to have camped out from early in the morning to get in first.

Tens of thousands of tala in electronics, furniture, whiteware, and more were spread out in Tuanaimato's Gym 2, with hundreds of expectant buyers making their way to their desired objects.

By midday, much of the stock was accounted for, with queues growing at the payment station.

The sale, nearly a year after the end of the 2019 Pacific Games, consisted of much of the non-sports equipment donated by the Chinese Government to Samoa.

The Ministry of Finance, which manages the assets, has donated much of the sports equipment to the relevant sporting associations, while a large fleet of vehicles is as yet still in Government hands.

It is not clear how much of the donated stock has been handed over to Government ministries or enterprises.

Some of the stock on sale on Thursday was not actually donated by China but bought by Samoa for the Pacific Games, according to M.O.F. Chief Executive Officer Leasiosiofaasisina Oscar Malielegaoi.

He did not specify which stock.

The sale continues on Friday from 9am, and another sale has been tentatively scheduled for next Friday but to date is not confirmed.

Below: photos from Thursday 16 July: 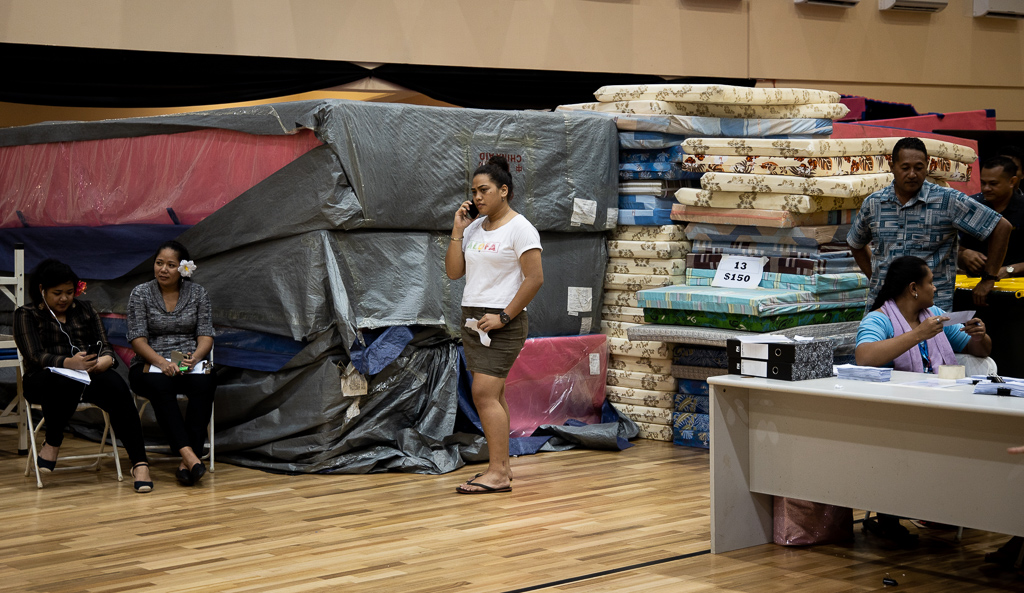 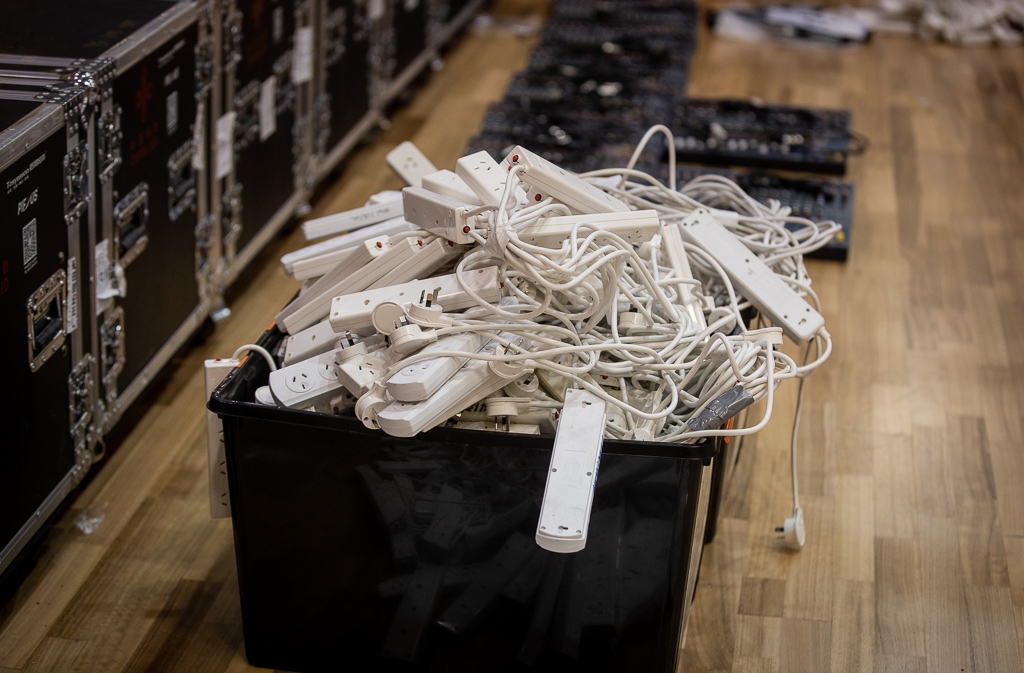 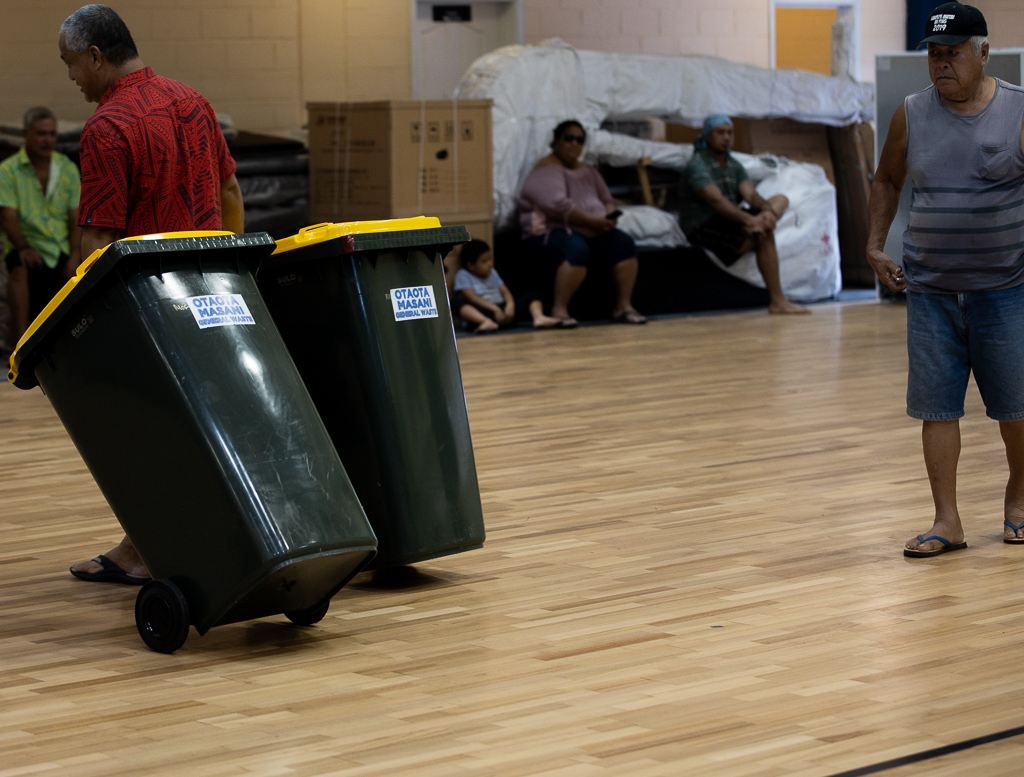 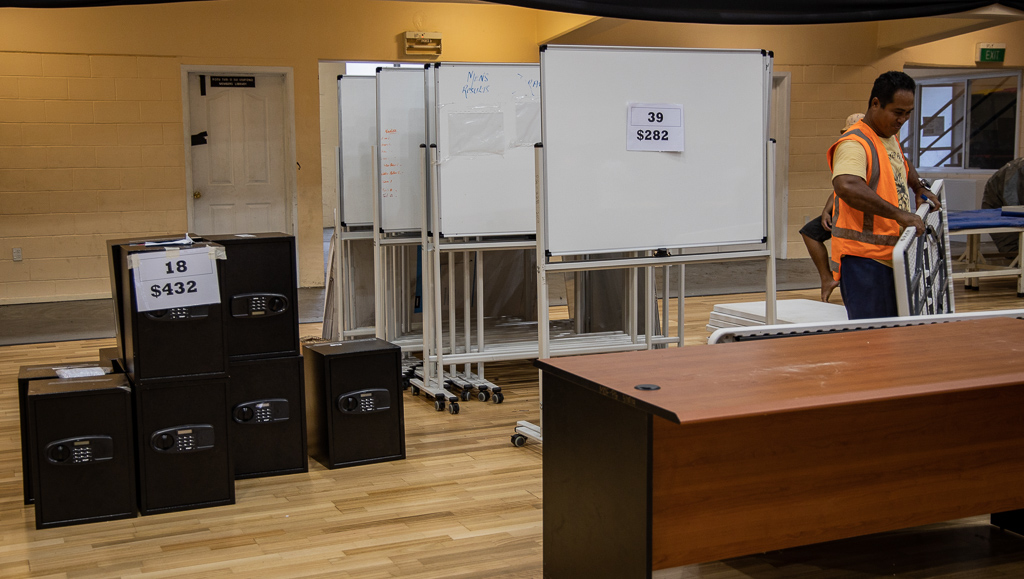 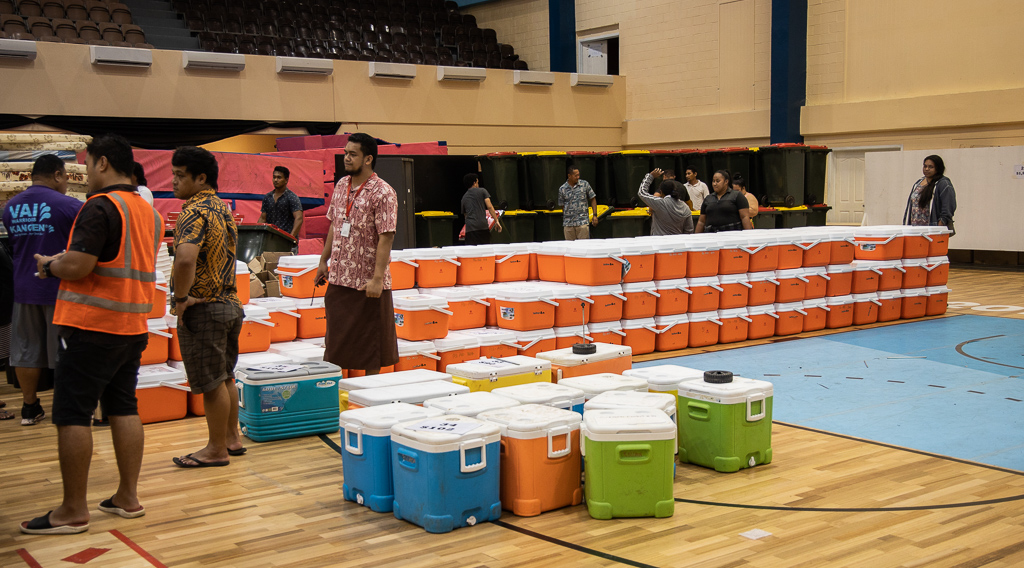 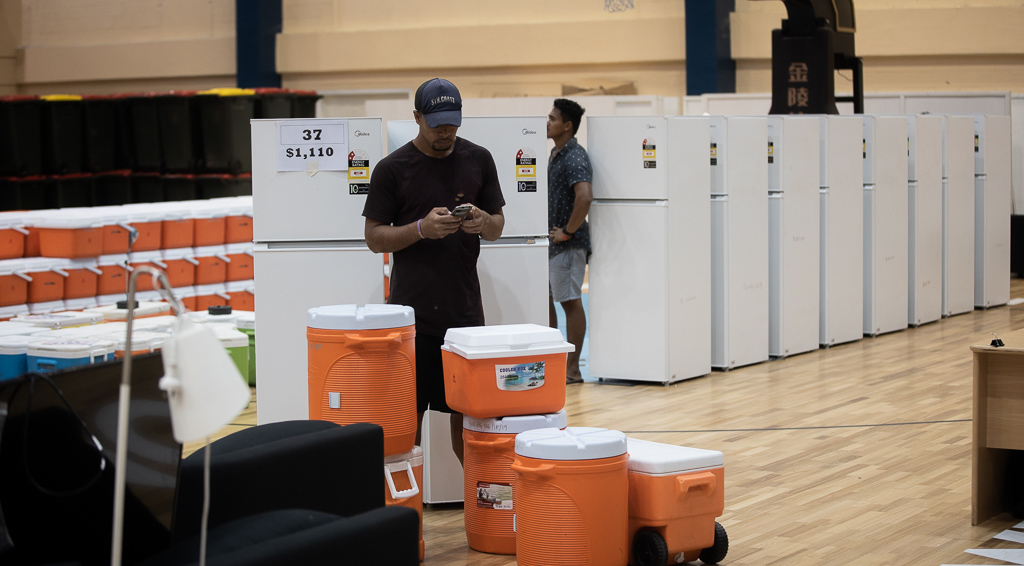 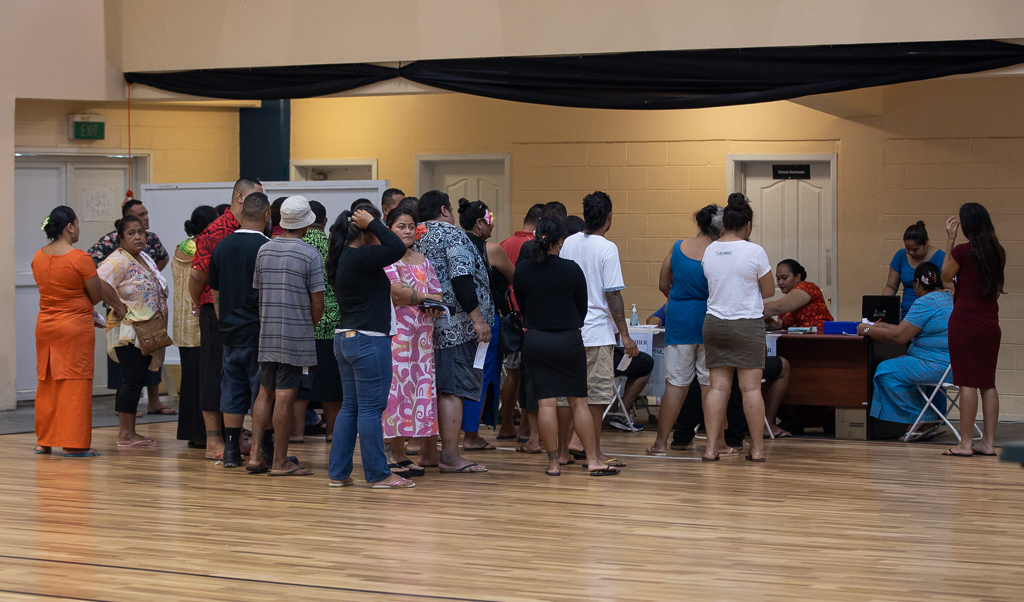 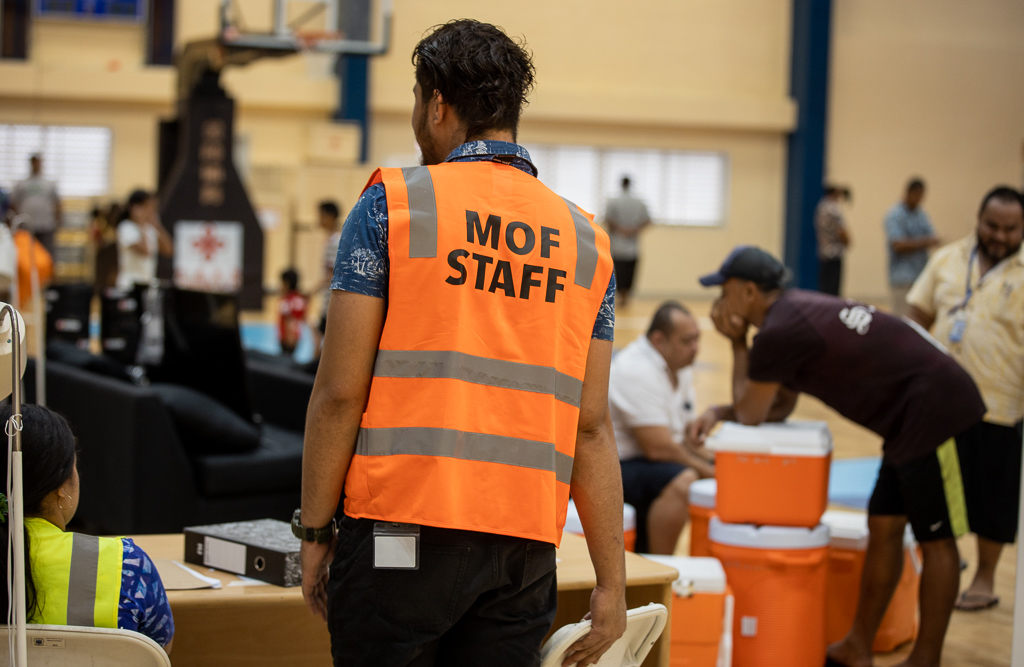 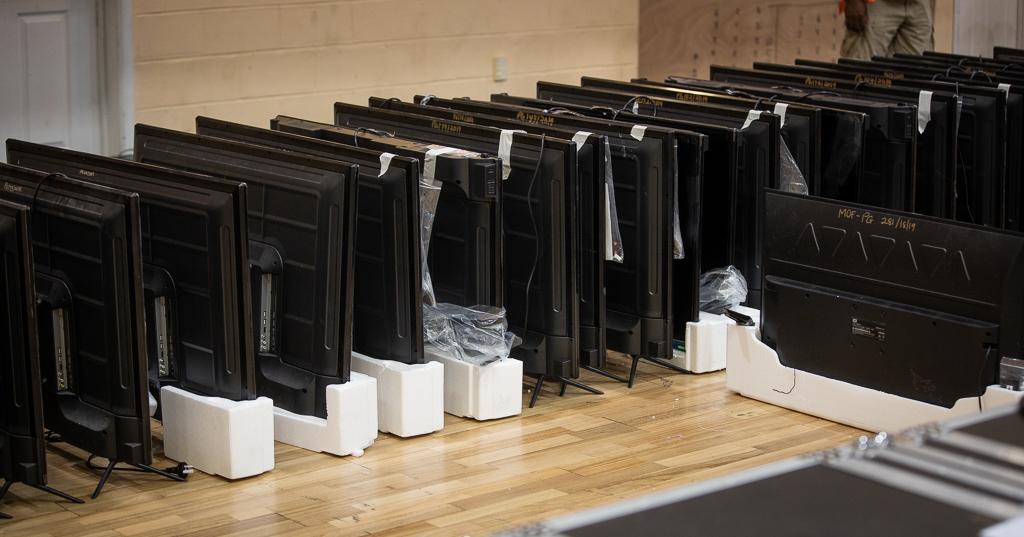 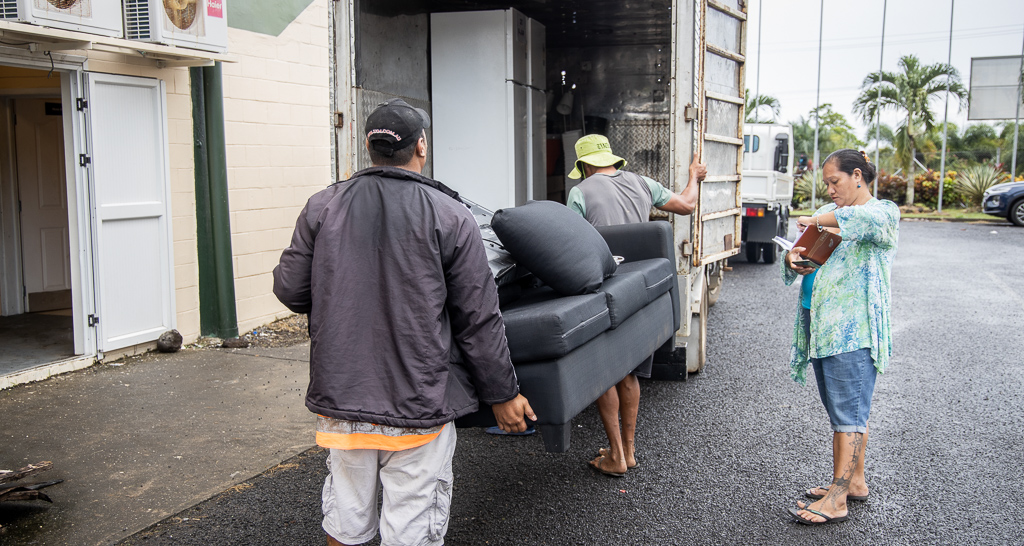