A groundbreaking ceremony was held earlier this week to mark the construction of the Samoa High Commission in Wellington - the first step towards rebuilding one of our most eminent diplomatic posts.

The project was made possible with funding from the Unit Trust of Samoa [U.T.O.S.]

The ceremony was overseen by the Samoa High Commissioner, Leasi Papali’i Scanlan, together with Guy Cleverly of C.C.M. Architects and Mr. Grant Taylor of Wilson Construction.

The ceremony followed approval by the Samoa Government through Cabinet to award the construction contract to Wilson Construction Ltd, a Wellington-based company.

The new chancery, according to the plan distributed by the Government Press Secretariat, will have three levels of office space and an underground car park. 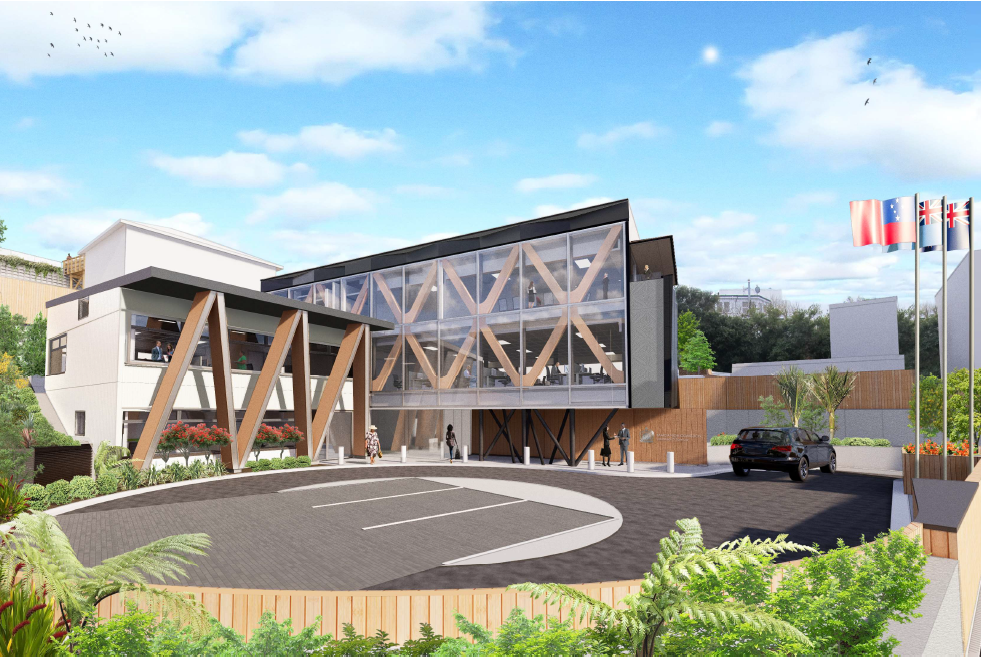 Currently, the Samoa High Commission in New Zealand is operating from a temporary office in a two-storey apartment built by the Samoan Government in 2015.

Commenting on the plan, High Commissioner Leasi said the project has taken some time to design and develop, especially given its location and the need to secure several consents and approvals from the Wellington City Council as well as residents living within the vicinity of the construction site.

Following several earthquakes in the Wellington region in recent years, a number of cracks had appeared on the previous, 80-year-old chancery’s structure. It was considered a safety risk.

The High Commissioner expressed his gratitude for the support of the Prime Minister Tuilaepa Dr. Sa'ilele Malielegaoi and Cabinet despite the project’s many challenges.

High Commissioner Leasi noted that the Samoan Government considers the construction of the new chancery an important symbol of its close relations with the Zealand Government, and the commitment that Samoa has to this Samoa-New Zealand partnership for many years to come.