If there was one thing standing in the way of the education of students at Papa Sataua Primary School, it was a lack of furniture.

All the school’s 128 currently enrolled students either study on the floor or worn-out furniture close to collapse.

But on 10 July 2020, new metal chairs and desks granted by Australian Aid arrived. 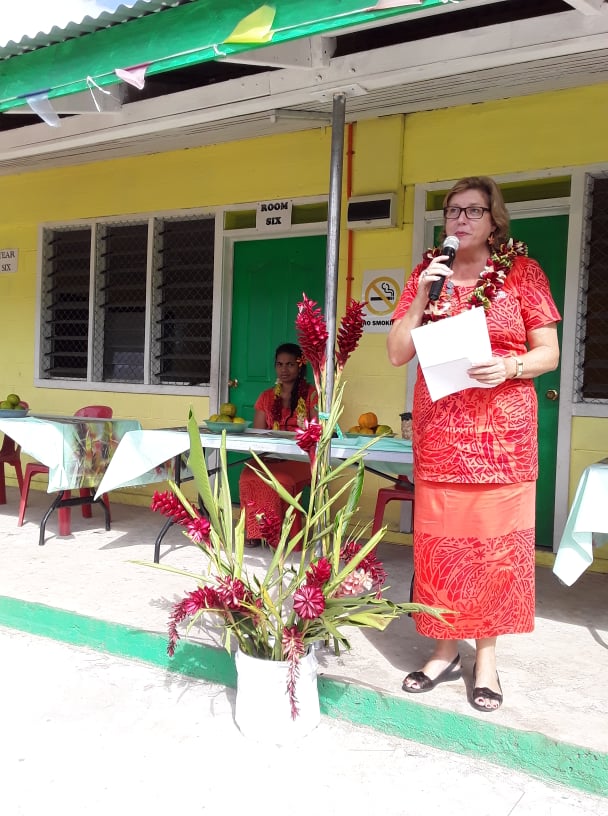 One of three staff members and the project manager for the initiative, Luagia Semau, told the Samoa Observer the project was not just a donation by Australia but also the community’s work.

The donation totalled 67 desks and 67 chairs.

According to Mr. Semau, poor infrastructure had contributed to a poor learning environment Papasataua.

“For everyone who doesn’t know yet, our new school building was just opened last year and our old building was taken down completely,” he said.

“But before that, the facilities were all worn out, the environment was just unhealthy for their minds (students) and mainly the fact that most of the children were educated on the floor while some were on desks and chairs but were worn out as well.”

Mr. Semau acknowledged the work of those overseeing and funding the project and parents for their continuous support.

But due to restrictions imposed by the coronavirus and the international lockdown, a shipment of the desks and chairs, which had been expected to arrive in April this year, was delayed.

The Samoa Cancer Society (S.C.S.) has installed information booths at each of Savaii’s hospitals, saying it will improve community awareness of the disease