“Thanks for making me laugh,” the Gagaifomauga No. 3 Member of Parliament said on Saturday, when he was contacted by the Samoa Observer.

“I think it is funny what has led up to this but I am not concerned over these reports.”

The comments were sought from La’auli after the Government Press Secretary’s office sent out a press release late on Friday evening.

In the statement, Prime Minister, Tuialepa Dr. Sa'ilele Malielegaoi, vehemently denied an anonymous social media post made under the pseudonym O.L.P.  The press statement was apparently made in response to allegations made by the social media site in relation to an alleged conspiracy plot to assassinate La’auli.

“The Prime Minister Tuilaepa Sailele Malielegaoi today [Friday] received a Letter of Clarification from Luaiva Aiono, a Samoan based in Melbourne Australia,” the statement reads.

“The letter vehemently denies a Facebook post by the O.L.P. blogger implicating him in the alleged conspiracy plot by the Prime Minister to assassinate Member of Parliament Laaulialemalietoa.

“In his letter posted on his personal Facebook page and emailed to the Press Secretariat, Aiono denied the post saying that with all honesty he did not write the document that was used by O.LP. blog, to promote a confession made in communication with the Prime Minister to plot an assassination of the [] Member of Parliament Laauli.”

Mr. Aiono added that someone had used his name and identity: “I had no knowledge of such a thing and at no time did the PM and I communicated on such a matter,: refuted Aiono declaring his innocence to clear his name”.

Responding to Aiono, the Prime Minister issued the following statement; 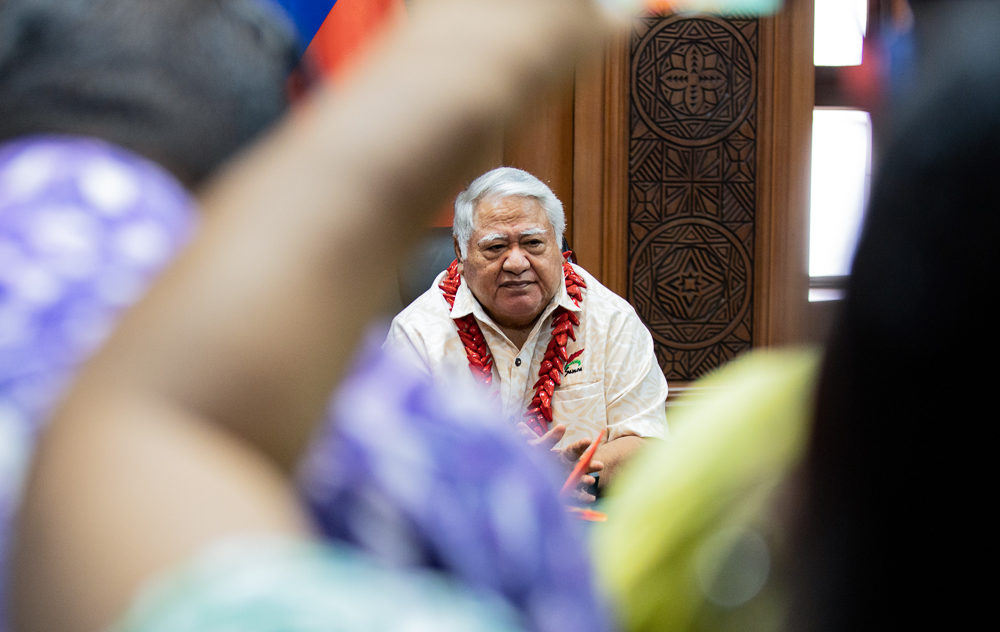 “Like myself, Luaiva Aiono is the innocent victim,” Tuilaepa said.

“And like many of the posts by O.L.P., the Government and country’s profile as an accountable, transparent and safe Samoa is again victimised by the O.L.P. faceless group of pathological liars.

“With that said, I would like to acknowledge Aiono’s integrity and honesty in swiftly dismissing the deceitful lies. I extend my regrets to Luavai and his family.   And that said, I am not in the least surprised that OLP had handpicked this poor man to be his pawn based on his Aiono surname as I also hold the Aiono matai title. It is the act of cowards.

“This is the same [modus operandi] used by King Faipopo and Tala Pauga to defame me and both have confessed in court admitting to their lies in their childish attempts to overthrow [the] Government.

“This also serves an audible and crystal clear notice that the Government will not sit idle from investigating fake posts that will shame the reputation of innocent individuals and their families' because we now have the capacity at our disposal to do so.”