A recovered child cancer patient and his mother, who travelled to New Zealand for treatment in November, are finally home.

After three extra months away from their family, three-year-old, Julius Maiava and his mother, Usoali'i Maiava, are extremely grateful to a community effort to send them to New Zealand and to bring them to Samoa.

The child and mother were due to return from Auckland’s Starship Children’s Hospital after successful chemotherapy in April. But their travel home was cancelled due to border closures and the money for new flights was inaccessible, with their airline not offering refunds.

Ms. Maiava then reached out to the Samoan consulate in Auckland to explain their situation, but there was little he could do.

It was not until Julius’ Oncologist, Dr. Jane Skeen, contacted the Samoa Cancer Society (S.C.S.) that help was found.

But when the family realised all seats on repatriation flights were booked until late August, Air New Zealand Country Manager, Karen Gatt, stepped in to find them room on an earlier flight.

“It blows me away how people step up to the plate when there is something that needs to be done,” Cancer Society C.E.O., Su’a John Ryan, said during a breakfast to introduce the support crew to the family, finally out of quarantine.

“It was a big effort by a few very caring people that made this happen.” 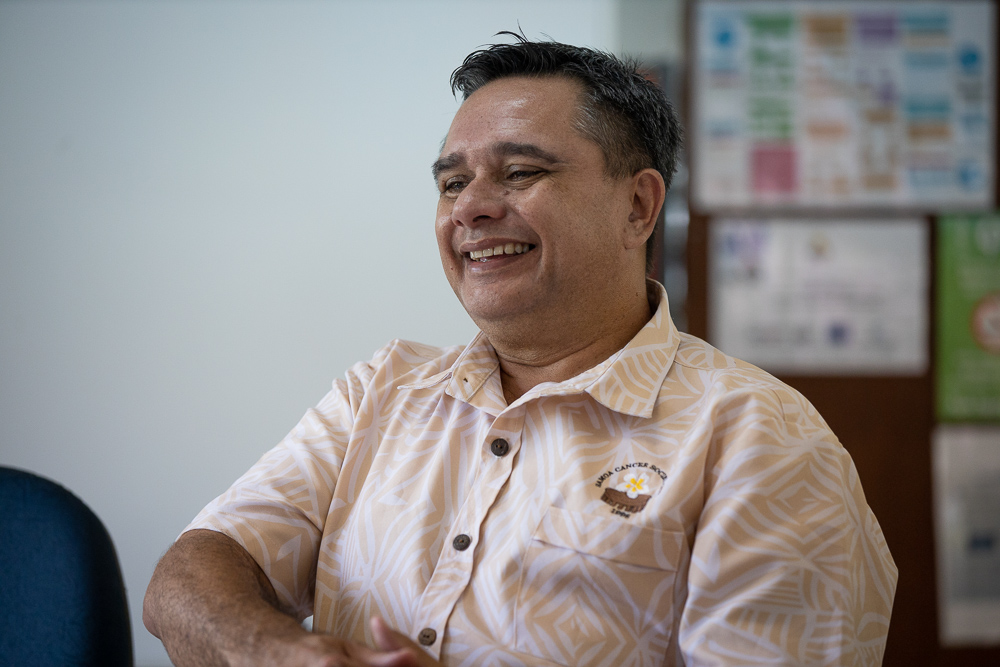 Finally in June, the pair returned and began their quarantine at Traveller’s Point Hotel, where Dr. Skeen’s sister, Susie Poort, who is an S.C.S. Board member, visited regularly to check in and leave parcels of food and treats for them at the hotel.

The child has recovered and the cancer is in remission.

Ms. Maiava said he is back to his usual mischief, a sure sign of a healthy baby.

After three months in her in-law’s home in Mangere, Ms. Maiava is grateful to be home with her children and parents, Vitale and Salu Maiava.

Julius is the youngest of five children, three older brothers and one sister. The children have been in their grandparents care after their father left for Australia in January to take up a social work job for the next three years, thinking Ms. Maiava and Julius would be back in April.

His first brush with cancer was in July 2019, and he underwent surgery to remove a tumour in his testes. After a brief respite he was suddenly sore and ill again in September, and his mother took him back to the surgeon.

The testicular cancer had returned, and metastasised, or spread, through most of his little body, the doctor explained.

Ms. Maiava and her son lived in Ronald McDonald House, the accommodation provided for families of paediatric patients, for four months, after Julius finished five weeks of intensive care at Starship.

“There were so many treatments, for his heart, his lungs, his kidneys, everything. The doctor said the disease spread everywhere in his body,” she said. 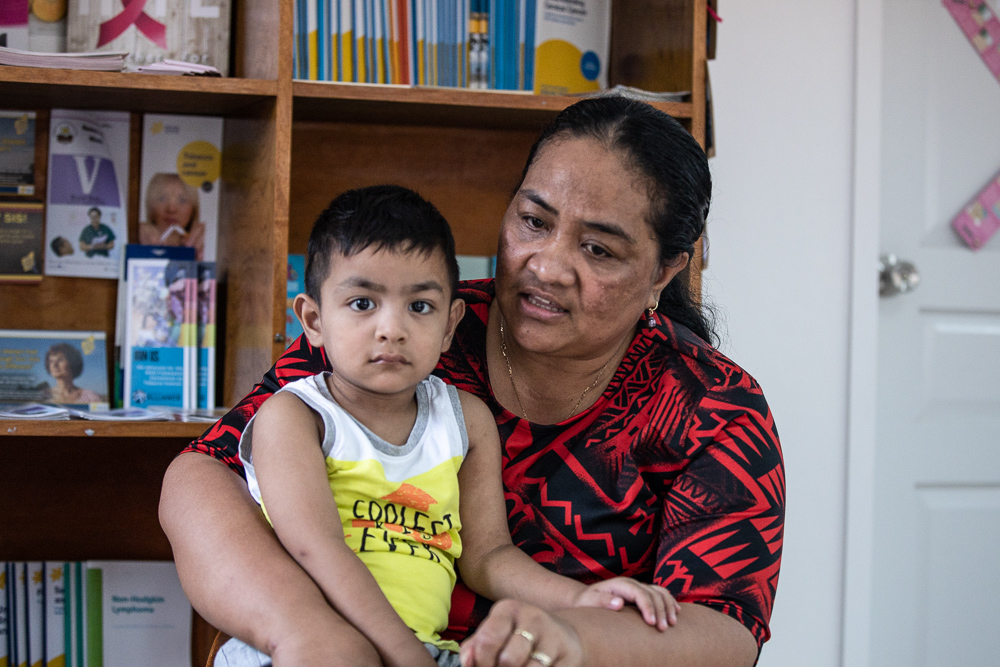 But the chemotherapy was a success. Dr. Skeen, who has visited Samoa annually for the last six years to run clinics and catch early signs of cancer in children, has stayed in touch with Ms. Maiava since the Julius was discharged in March.

Now they are home, Ms. Maiava will return to her role as an account officer for Women in Business Development Incorporated.

Even though Julius responded well to chemotherapy and treatment at Starship Hospital, there is no real guarantee his cancer won’t return.

So now he has been registered with the Cancer Society so that the patient support nurse Fuamatala Tofilua can check on him and his condition regularly and catch any issues before they turn critical.

When Julius was first diagnosed with cancer in June 2019, he was not referred to S.C.S.

“Sometimes we have patients that fall through the cracks and young Julius was one of them,” Su’a said.

“When he presented with his illness at the Ministry of Health they organised his overseas treatment, but we did not become aware of him until this happened with his flights.”

Su’a believes had Julius’ family known to register with S.C.S., their system would have realised a long time ago that the family was stuck in New Zealand and been able to bring them home much sooner.

“We are there as a resource if something goes wrong, even overseas because we have good contacts in Auckland.” 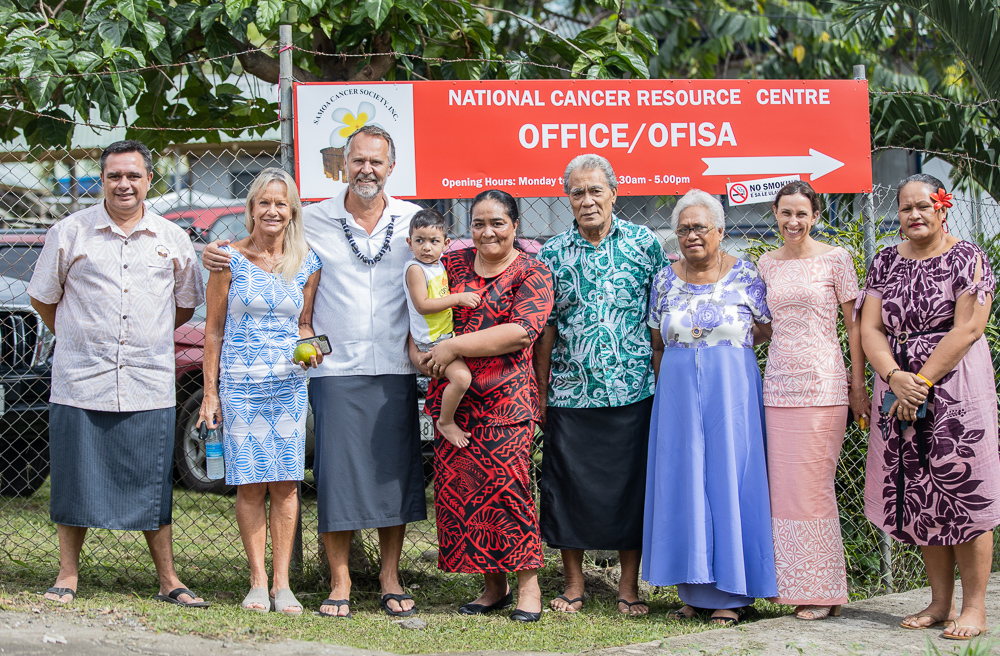 Currently there are 35 cancer patients registered with S.C.S. and seven of them are children. Last month three palliative care patients died.

“There is a real concern though that people that might have symptoms of cancer, or who are not feeling well, are not seeking medical advice earlier than they would under normal circumstances, or even more worrying, not at all,” Su’a said.

“So we would encourage anyone to remember that early detection is so important.

“If you are not feeling well, please see a trained medical professional or gives us a call and we can advise on the steps forward.”

Quitting smoking, limiting or eliminating alcohol consumption and maintaining a healthy lifestyle are important for avoiding cancer but also other diseases, he said.

“We encourage everyone to be physically active daily, eat more fruits and veges, eat foods low in fats, sugar and salt, avoid fast foods, processed foods and all drinks high in sugars.” 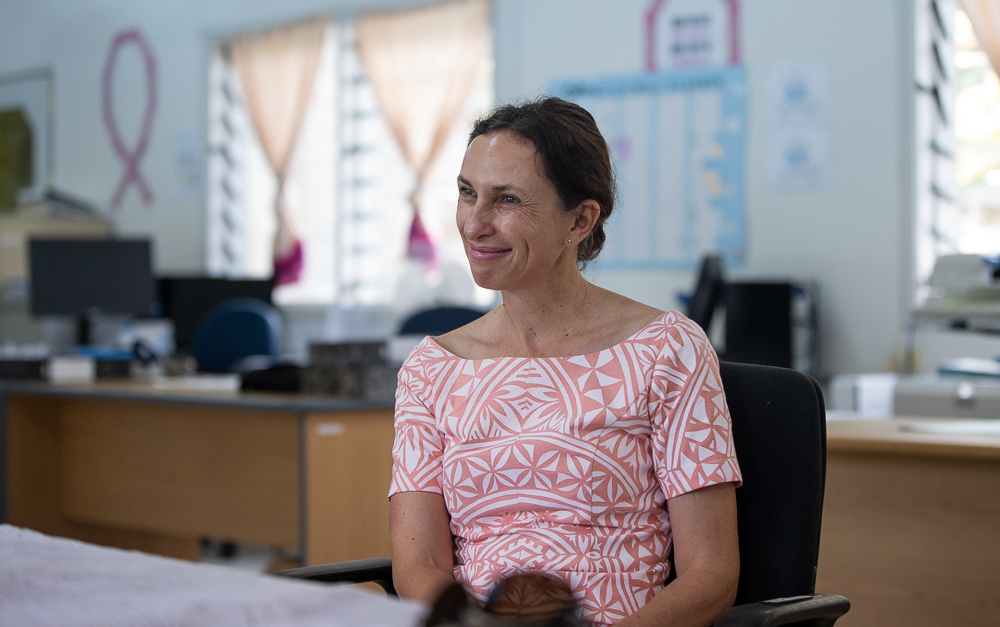