It is also providing professional development opportunities for workers in the hospitality industry hit hard by the economic downturn caused by the global pandemic.

The show is produced by the Samoa Tourism Authority, which brings in 16 different chefs for cooking demonstrations that focus on a farm to table concept over sixteen, 30 minute episodes. 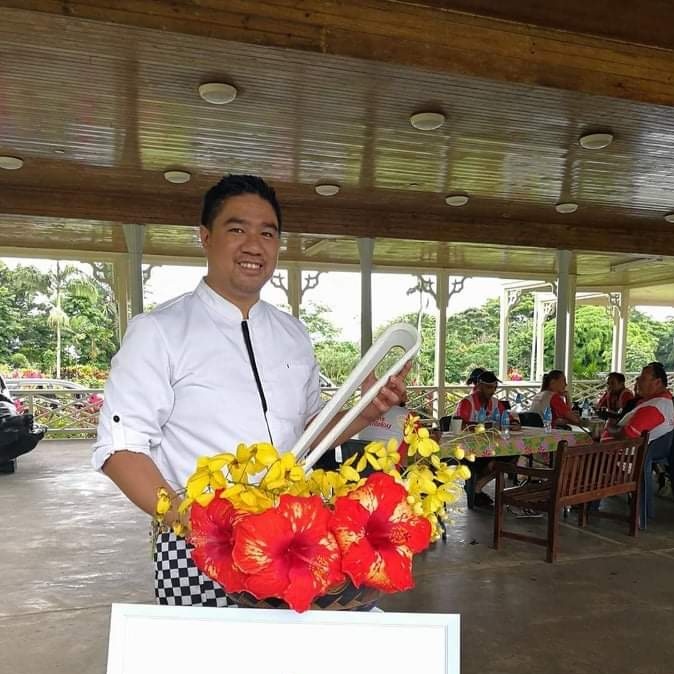 It hosted by the Australia Pacific Training Coalition (A.P.T.C.) Country Director, Cheri Robinson Moors, that airs every Friday on TV1 at 9pm.

The show features chefs and cooks on location demonstrating their culinary expertise and creative flair for food-lovers across the country to enjoy.

One of the chefs featured on the programme, was Mi Amor Restaurant’s chef Jesse Lee. 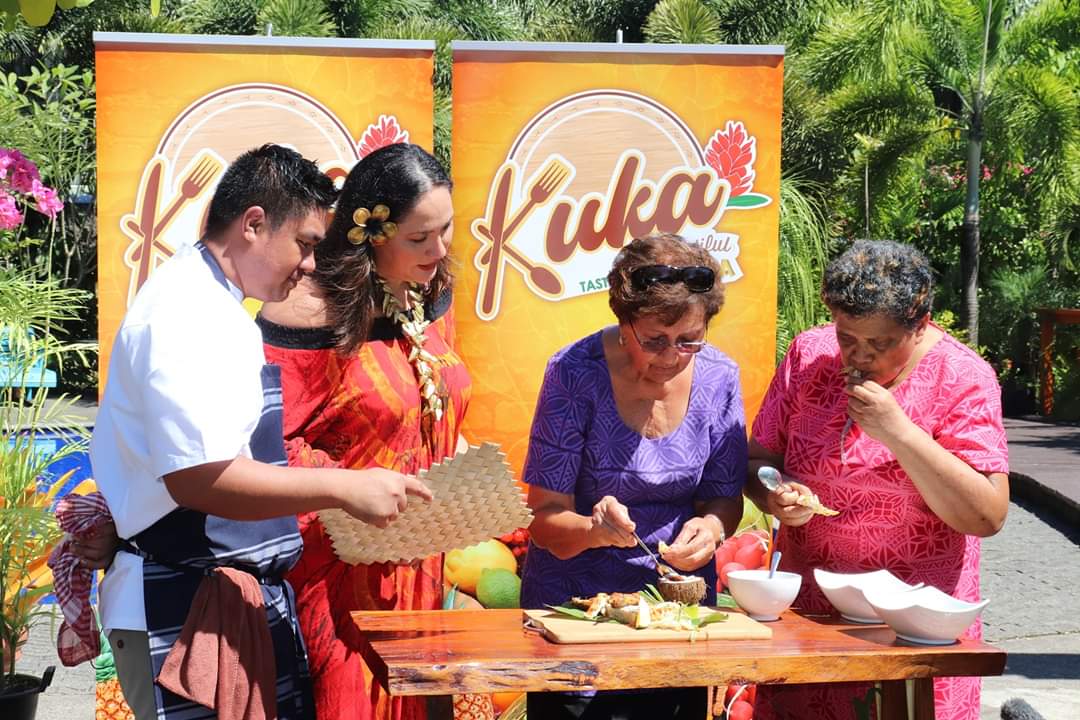 Chef Lee welcomed the chance to appear in front of cameras to create one of his most popular dishes - ‘Grilled Moa Samoa’ marinated in tumeric and papaya leaves on a taro faalifu gratin (taro cooked in coconut cream) with salad.

Creating international dishes infused with traditional Samoan cuisine is a longtime passion for the Mi Amor Chef who prefers to source mostly local organic ingredients for his menu.

In the show he shared with viewers that he is forever experimenting with food, always perfecting and loves sharing his knowledge with others to show how simple it is to make delicious healthy food.

“I use a simple barbeque and simple trays to cook moa Samoa because I want to express the fact that you don’t need a fancy kitchen,” he said.

He also added that he is trying to show people that we can make international dishes with our own local ingredients and it’s good enough to be considered fine dining.

Like most of his colleagues in the hospitality industry, Chef Lee says that business has been difficult since the Samoa State of Emergency was declared.

However, he maintains an optimistic outlook of the future, making good use of the down time to focus on his health, family, friends and encouraging his staff to do the same.

“Business is hard, but we all got to remember this is a global problem and the whole world is in the same fight, but we have to ask our-selves are we willing to sacrifice our families, friends, mainly our elderly and children for money?”

“I use this time to spend with my loved ones, catch up on some of the things that I have wanted to do, take care of myself, read up on other things that could help my business like farming and help out my wife.”

He also mentioned that he has done other activities such as joining the gym and eating healthy while also having personal time with God because those who have faith have nothing to worry about.

“I have explained this to my staff and now we are slowly reopening with functions here and there, some have already come back to work after spending enough time for themselves and doing chores for the parents and catching up with their family and friends.”

Since the show aired Chef Lee has received positive feedback of encouragement from the public with some reaching out to him for cooking tips.

During these challenging times, the restaurateur believes that working together with other on this project will only enhance Samoa as a tourism destination.

“KUKA was a great concept because we need to show that the cuisine on offer in Samoa is not only improving but we are able to meet international standards.

“I have always believed in working together for the industry because our competition has never been with each other but with our neighbouring islands. After sandy beaches and sunsets… the next big conversation will be about food and this is usually the deciding factor for tourists.

“All I want is to show is the true flavors of Samoa and I have seen this coming through in most restaurants and its great.”

He also added that we also should try to meet the efforts of our Samoa Hotel Association who are trying their best for the industry because when we come together and master each sector of this industry, we will all earn our bread.