Ralph Steadman whose illustrations of the demented tales of one of the 20th Century's greatest writers, Hunter S. Thompson, founded a new type of journalism, is joining the Save the Manumea campaign.

Steadman is offering 85 prints of his sought-after illustrations of Samoa’s national bird for sale.

The sale, Steadman and writer and filmmaker Ceri Levy, hope, will raise around T$27,000 towards the campaign and keeping the species alive. There may be as few as 150 of the highly endangered birds left.

Steadman, who is is 84 years old, initially won fame as the man who gave vision to the tales of Thompson, a pioneer of so-called Gonzo journalism whose classic works such as 'Fear and Loathing in Las Vegas' are, for many readers, inseparable from Steadman's psychedelic illustrations.

It was when he first accompanied the late writer on one of his most famous ever jaunts - a trip to the Kentucky Derby - that their collaboration would give rise to the description of Gonzo journalism, which, as one critic famously said, was preoccupied with the truth but not especially the facts.

Now Steadman and Levy formed the term 'Gonzovation' to describe an alternative approach to conservation that focuses on drawing people's attention to what they see as a crisis in the lack of attention people pay to the preservation of wildlife.

“If you can bring a smile to people’s lips, they get interested,” Steadman said. 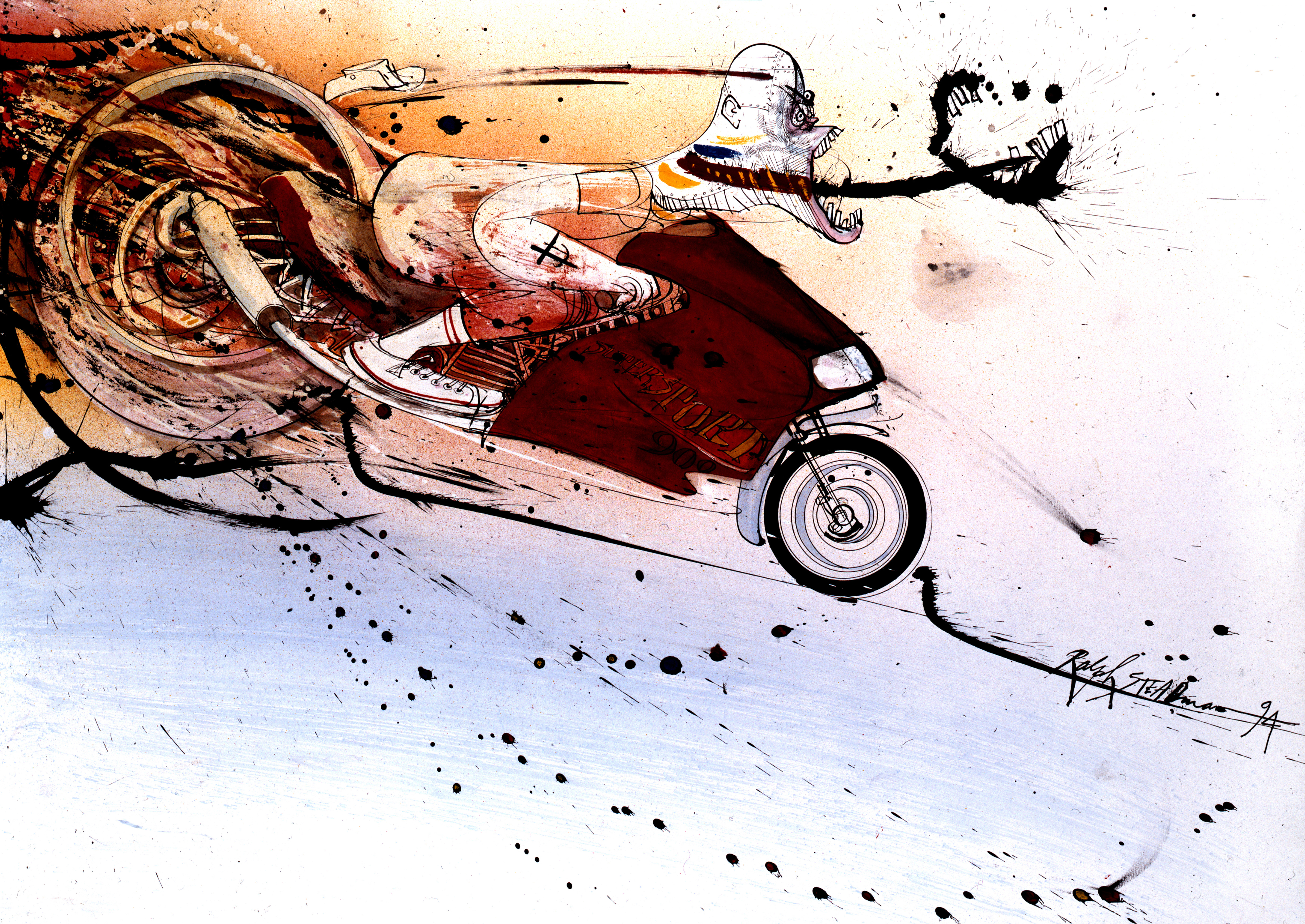 “It’s true,” Levy chimed in. “If you tell everyone they are dreadful bastards they all know it anyway, and they’ll walk away. But if you make them laugh, you have got them engaged.” 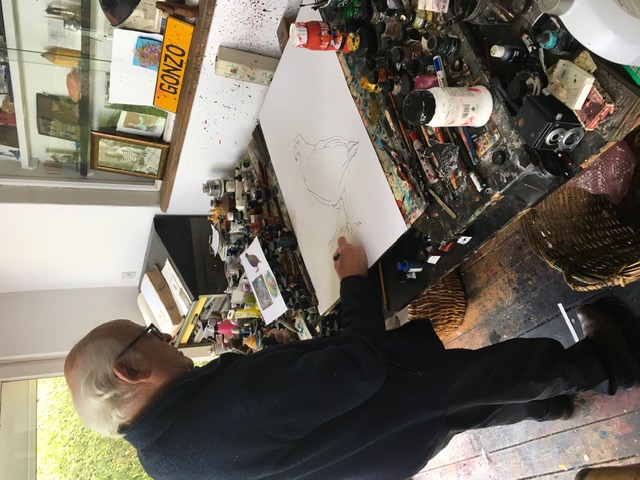 Before the prints were sent to New Zealand to eventually reach their prospective buyers' homes, the artists sat with the Samoa Observer over Skype to talk about Gonzovation, the Manumea, and the state of the planet.

Steadman and Levy have been producing books of stories and illustrations about endangered species since 2012 under a project they dubbed Gonzovation after the radical style of journalism he and Thompson founded.

Thompson, who passed away aged 67 in 2005, made his name writing first-hand about subcultures and politics, by taking part directly in his subjects instead of staying at a distance. This became known as Gonzo journalism.

At his funeral, at his request, the film star Johnny Depp, who previously portrayed the writer in films of his work and became one of his close friends, arranged for Thompson's ashes to be fired out of a cannon.

“Gonzo journalism is a form of language, actually. And Hunter really was a master. I was known as a matted-haired geek with string warts, and he said when he first met me, ‘they said you were weird, but not that weird,’” Steadman said, putting on an American accent.

Steadman went on to illustrate most of Thompson’s publications and the two became partners and friends.

In 2011, Steadman met Levy, who says he tentatively approached him hoping for a single painting to contribute to a larger exhibition of endangered species, to highlight the dangers of extinction.

“By the end of the week I think I had done about 90,” Steadman said. 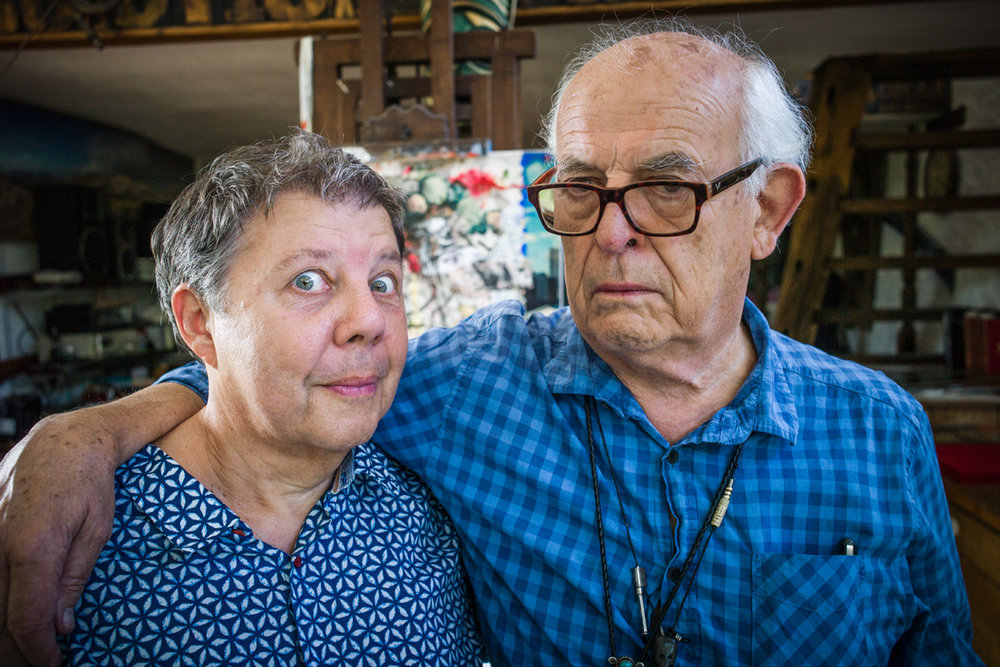 Since then they have printed the Gonzovation Trilogy: 'Extinct Boids' (2012), 'Nextinction' (2015) and 'Critical Critters' (2017), a selection of animals that need attention, love and protection before they are lost to this world forever. Today that collection includes the Manumea.

Steadman’s daughter, Sadie Williams, is part of the business end of the project, connecting with conversation campaigns and helping them get prints for fundraisers.

“The movement really is ongoing. Whenever we get one of these requests I tiptoe up to dad and say Dad, whenever when you did this, can you maybe do that again? And there we have it. Then Ceri and me will get to work on promoting it and things like that,” Ms. Williams said.

“It’s just extending the Gonzovation movement and keep people aware of the fact that these creatures are still in danger, the job is not done yet.”

The Manumea, or Samoan dodo is a tooth-billed pigeon, and has been under threat due to increased pests in Samoa as well as people accidentally mistaking it for the Lupe, or pigeon, while hunting.

It is the only bird with a large enough bill to eat especially large seeds and berries, a necessary component of the Samoan forest ecosystem. Without them, several tree species could be under threat too.

The Gonzovation “vortex,” as Ms. Williams puts it, includes birds both real and imaginary, including a pink, naked looking creature named the Needless Smut.

“We were talking one day about something we watched on TV the night before, and I said the problem was that there was too much needless smut in it,” Levy said.

“And Ralph said oh, the Needless Smut – it needs to exist. And by six o’clock, there it was.

“If these creatures become extinct, they will all end up as imaginary." 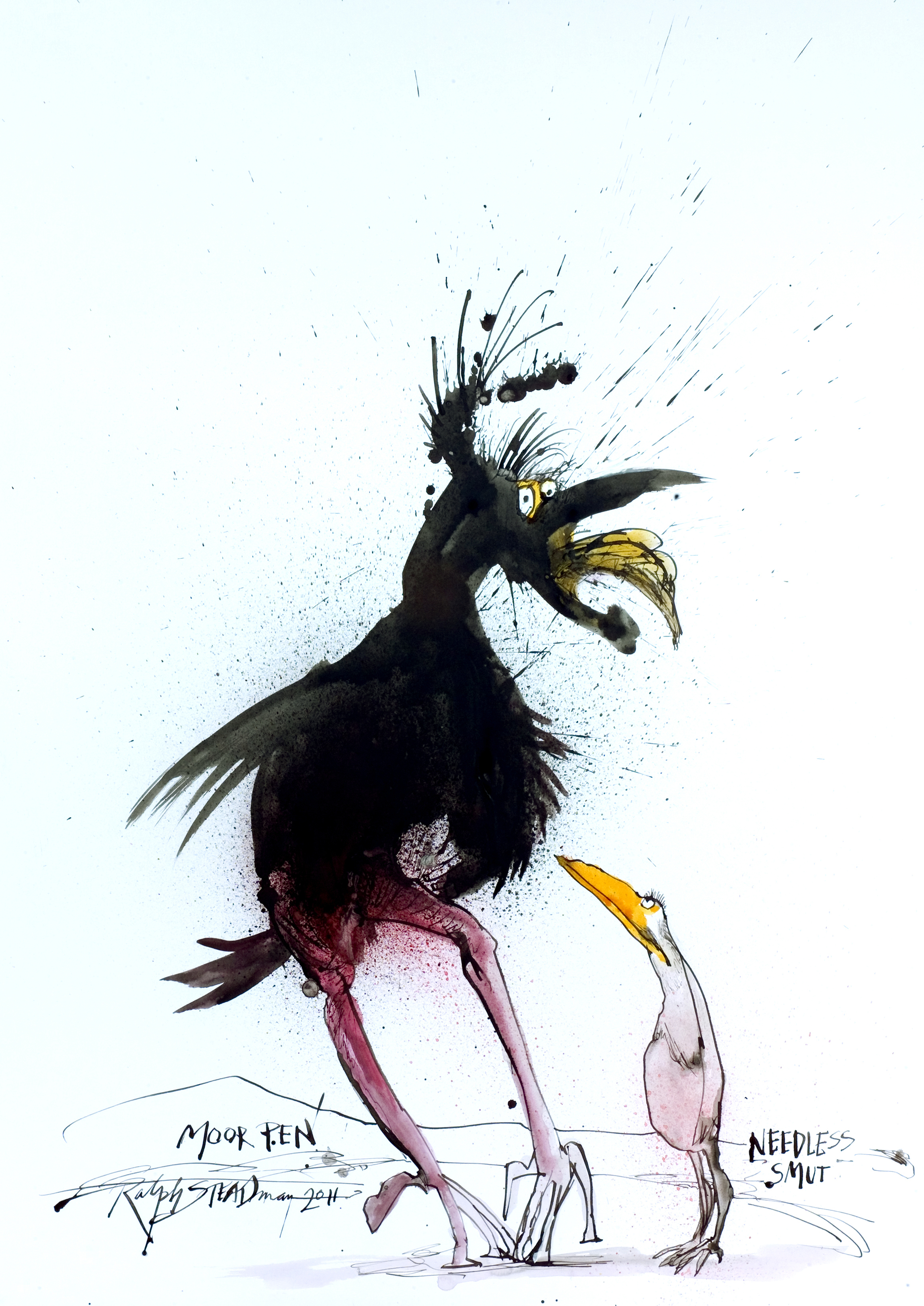 The COVID-19 outbreak has spurred the pair on to do even more conservation work and awareness campaigning, as resources are redirected towards the containment and recovery efforts.

Mr. Levy said that sadly, the climate crisis and the period of extinction the world is in began long before the pandemic took hold, and is not going away soon.

“It’s tough, conservation has been shunted to the side a bit and I think we are going to see repercussions of that over the next year or so. So many good causes are not getting the help they deserve.

“It’s a fragile system that we have here.

“We’ve just got to stop caring about the way the modern world is changing, this surely should be a time to rethink, and reset because before long we’re all going to be a in a world that none of us like,” Mr. Levy said.

The last sighting of a Manumea was August 2017 in Uatafo forest.

The release of the prints comes nearly a month after a new ten-year recovery plan was launched. Ministry of Natural Resources and Environment Assistant Chief Executive Officer Seumaloisalafai Afele Faiilagi said it is an ambitious plan which requires serious money to work.

“The Manumea Recovery Plan spells out the key actions that are needed to Save the Manumea but it will require significant funding and a concerted effort by all Samoans to reduce the main impacts threatening the Manumea with extinction,” he said.

The campaign is run by the Samoa Conservation Society’s Jane Va’afusuaga, and it has a new website: www.savethemanumea.com.

Samoan comedian Tofiga Fepuleai has joined the campaign too, throwing himself into a music video for a new song in honour of the Manumea to the tune of ABBA’s Mamma Mia.