The Office of the Regulator is looking to stop the roll out of the Electric Power Corporation's (E.P.C.) $4.1 million smart meter project.

The plan is revealed in a  survey report carried out by the Regulator, obtained by the Samoa Observer, which exposed several problems encountered by users, including claims about the accuracy of the meter against consumer usage.

The report also highlighted concerns about the delay in E.P.C. updating the meter after consumers buy their electricity as well as the general lack of understanding about how the meters work.

Another issue alleges false information from E.P.C. sub-contractor that installed the meters informing “users they can freely use the power for six hours”.

“When the user top up the new balance then it will automatically deduct the arrears from the balance,” the report reads.

In terms of legal requirements, the Regulator noted there was no letter to inform residents for an agreement to install meters.

After surveying some 65 residents, the analysis from the Regulator is that 75 per cent of the users preferred to have cash power meters over 18 per cent of those that prefer the smart meter.

“With the cash power meters, the power usage would last but the smart meter seems fast,” the report says.  “Families have different views on the usage of these meters. The cash power meter may take more days to use the power but with the new meter installed it seems fast and only take a few days and then [requires] top up again.”

The Regulator’s survey was prompted following a number of complaints from residents about the new system. 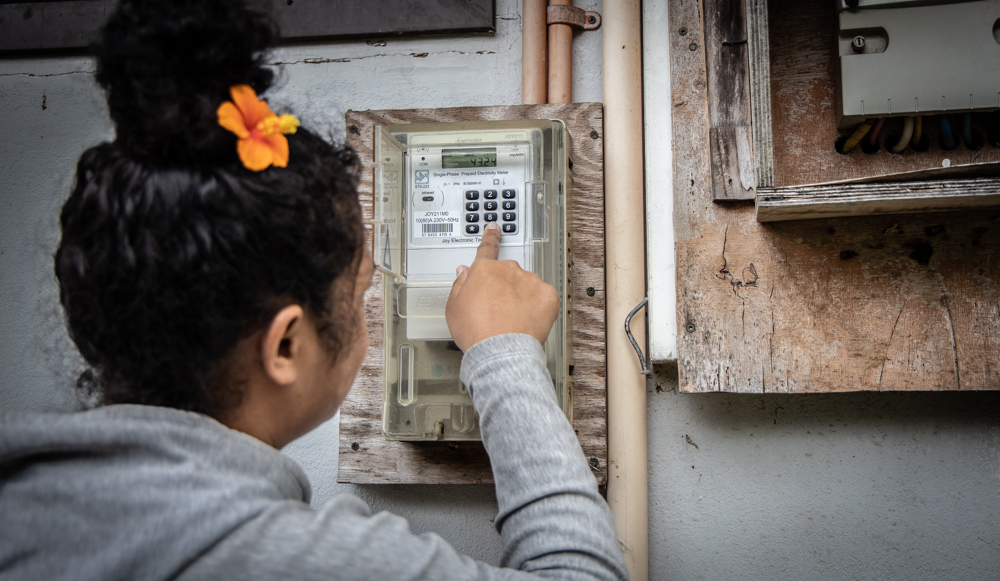 Complaints from residents alleges false information from E.P.C. that messages will be received after purchasing the new balance whereas it takes more than two days to receive message, says the survey report.

Others indicated that they have reported to E.P.C. the delay in receiving messages which takes two to three days to receive new top up balance purchase.

“E.P.C. responded that not receiving the message is due to no reception or network is not available at the area (Vaitele).”

In conclusion the Regulator’s office says, “the users we have interviewed are enough to represent all other users with smart meters that raised issues they faced with these smart meters”.

“We have recorded that most users do not prefer smart meters due to the reasons stated,” says the Regulator.

“In fact, the Office of the Regulator recommends holding this project until E.P.C. have resolved all these issues.”

In response to queries, E.P.C. General Manager, Tologata Tile Tuimalealiifano, confirmed they have received a few complaints about smart meters.

He said transmitting cash power to meter is supposed to be done immediately after consumer purchase cash power unless there is communication problem.

“Our team is currently looking on this issue for just a few consumers,” he said.

There are currently about 3000 residents that have had the new meter installed in their homes.

Asked about the recommendation from the Regulator to cease the roll out of the project, Tologata said “we need to clarify and rectify these complaints first”.

About the survey report, he said, it is good to have the feedback from consumers.

“It is our responsibility to look into them if they are genuine and come up with solutions,” he said. “Meters are the properties of E.P.C. and replacing old meters with smart meters is the prerogative of E.P.C. with the intension to improve the efficiency and quality of its services to its consumers and reduce costs and losses so that consumers will have affordable electricity.”

He pointed out that government has already approved “Digital Transformation Project” and smart meter is part of this broad project of Government.

“Samoa needs to be updated with the rest of the world and use technology to improve our work and standard of life,” he said.

“Otherwise we will be left behind in the future. We did a lot of public consultation and even sent letters to consumers about smart meter project.”

Tologata also denied claims that the smart meter is more expensive than the cash power one.

“This is not true, it is the same price if tariff is the same,” he said.

He explained that the reason why some might believe its expensive is due to the system allowing customers to still get connected instead of switching them off when they run out od credit.

“And when he comes to do his next vending/purchase that areas will be paid off first,” he said about a customer who did had arrears on the receipt after purchasing new top up.

“These are the functions that smart meters can provide and we set up system to assist consumers not to switch off when [it] runs out of credit,” he said.

“Since we are getting this complaint, we will set system to switch off meter like we have for cashpower meters and it can only be switched back on when consumer has credits in his meter. “We set the system to assist the consumers and owe E.P.C. but we get the blame in return.”

Attempts to get a comment from Acting Regulator, Perelini Lameko Masoe, since Thursday have been unsuccessful.

The smart meter is an advance meter which has rolled out in Samoa in the industrial area mainly Vaitele, Nuu and Siusega.

The smart meter project was developed by E.P.C. due to the advance growth of technology in Samoa and globally.

The $4.1 million project is to overhaul the cash power system that requires a person to purchase power and enter it on their meter at home.