Samoa
The M.O.H. vehicle that was involved in a crash early Thursday morning. (Photo: Supplied )

A driver falling asleep at the wheel is believed to have caused an accident which involved a Ministry of Health vehicle running over an iron fence at Lalovaea early Thursday morning.

A witness at the scene, Tasesa Lam Sam, told the Samoa Observer the Government vehicle took down the fence and struck another vehicle parked in front of a family home.

“We were sleeping when we heard a loud crash and when I got here the car went through the fence and crashed into my neighbour’s vehicle that was parked in front of the house,” he said. 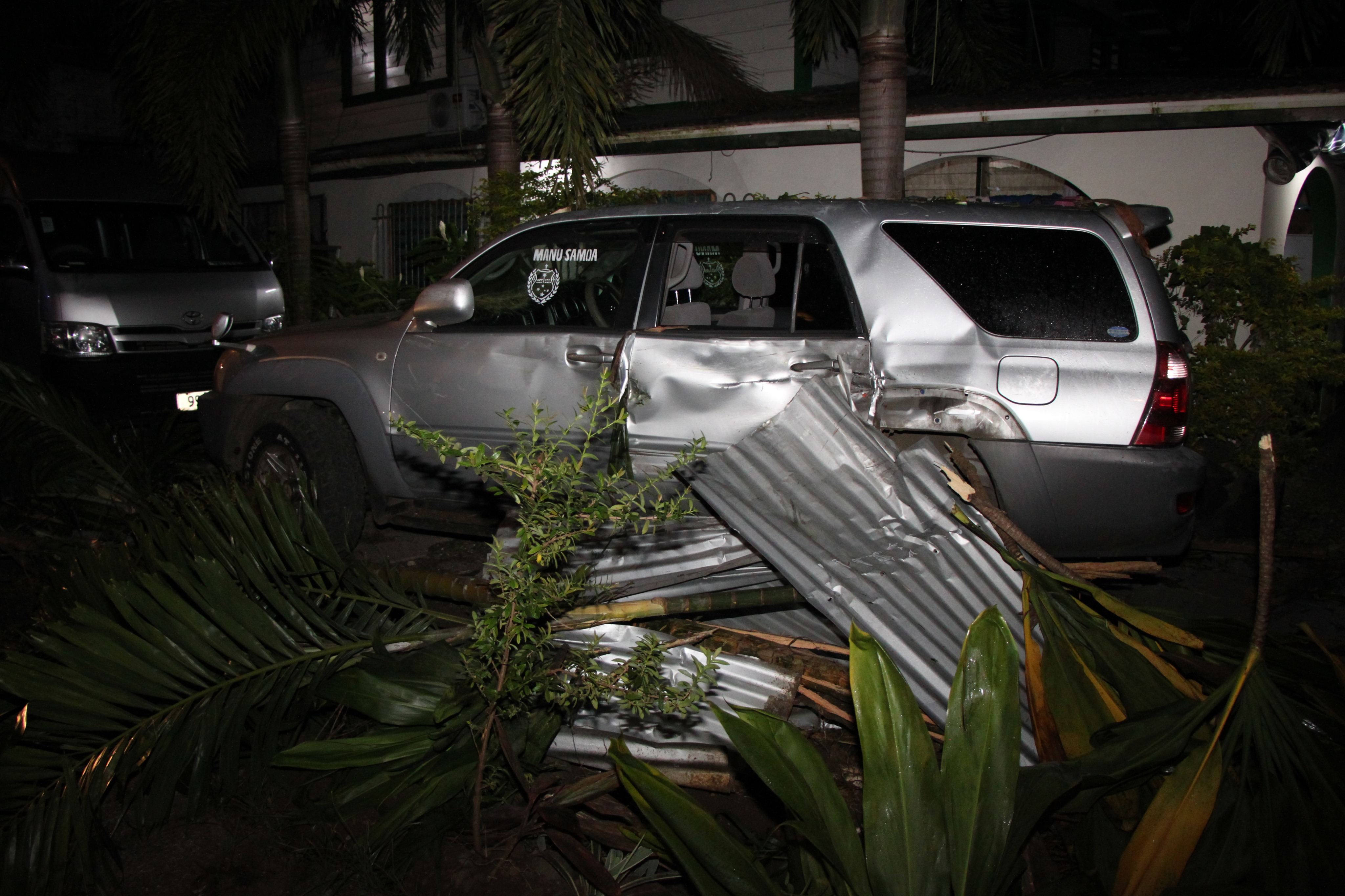 "Members of the family whose fence was knocked down, came running out to see what had happened."

According to Mr. Lam Sam, the Police and Fire Emergency Services Authority was contacted for assistance after the driver suffered injuries.

The Samoa Observer contacted the Police for comment on whether charges have been laid but there has been no response.

An email to the Ministry of Health Chief Executive Officer, Leausa Take Naseri for comments on the matter has not been answered as of press time.

The condition of the driver of the vehicle is unknown.