The television series has been commissioned by the Samoa Tourism Authority (S.T.A.) to focus on the country's lesser-known attractions and will go to air by the end of July.

The programme will showcase the best of Samoa’s historical, cultural and natural sites and star local tour guides and tour operator professionals. 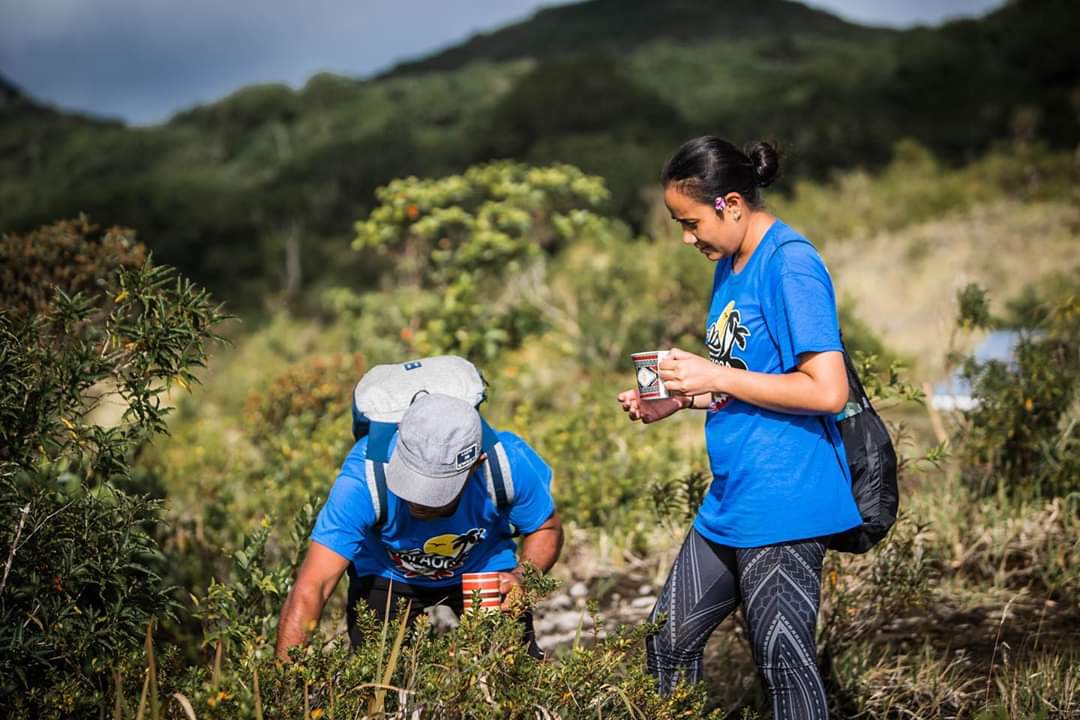 The project’s production team of 14 consists of members from the S.T.A., Vanu Studios and the Savaii Samoa Tourism Association (S.S.T.A.). They were assisted by the Mt. Silisili Guide group of Aopo village, which was led by Mailata Iosia Leau.

The two-day expedition to film and capture updated images and video footage of Samoa’s most imposing mountain feature began on Saturday morning after being postponed for a day due to bad weather.

Under the rules for the trek imposed by Mt. Silisili Guides, each guest was assigned a tour guide to assist them during the trek but also had to carry their own shelter and food supplies. 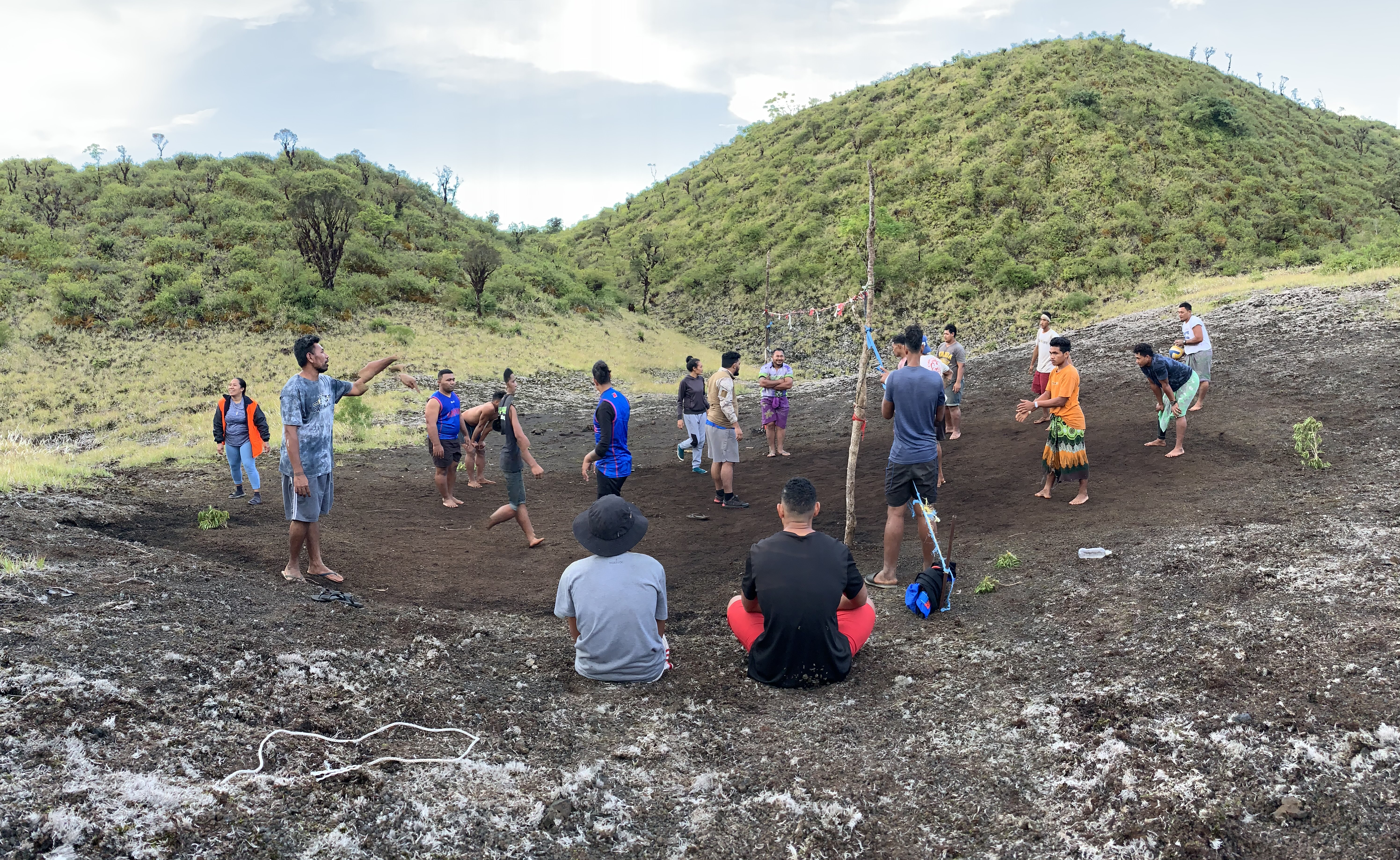 A representative from S.S.T.A., Nive Gidlow. participated in a hike and filming as part of her role hosting the show’s Savai’i segment. The experience was “life-changing” for the Savai’i resident who not only conquered Samoa’s most daunting peak but also her personal fears

She added the entire week was about getting over her fears of being in front of a camera, camping outdoors and, most of all, heights. 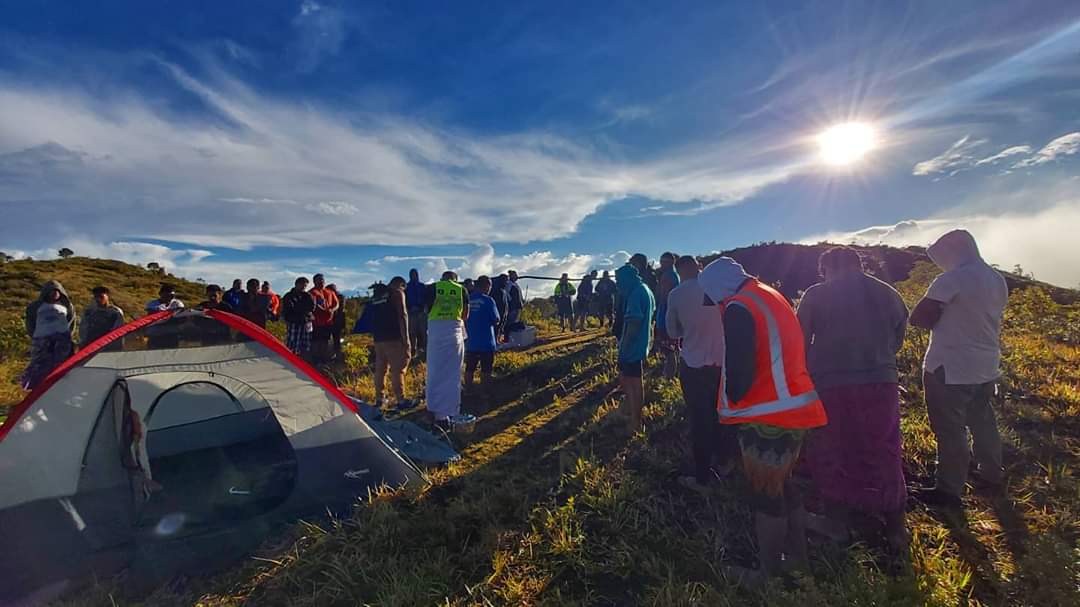 The Mt. Silisili trail begins in the village of Aopo and involves an hour drive to the end of the road before participants embark on the six-hour hike to the camping site.

“Gosh it was challenging, this hike is not for the faint-hearted,” she said.

“There were so many unpredictable variables along the way, like deep ascents at 80-degree angles and you literally have to climb or slide down when descending the mountain.”

The mountain scenery was described by Nive as wild and Jurassic with magnificent banyans, fern trees and white moss dominating her views of higher landscapes.

Reaching the campsite after six hours was a highlight for Nive and her fellow adventurers. Upon arrival, they were officially welcomed with an Ava ceremony by the guide group.

The exhausted group settled in for a night under the stars but first enjoyed the scenery, a game of volleyball and the first-ever siva afi (fire knife dancing) to be filmed on Mt Silisili.

“The hike itself was 80 per cent challenging and tiring but we got our second wind when we arrived at the campsite because we were so happy we made it,” she said.

“The Vanu boys performed a fire dance with a sunset backdrop – it was so beautiful, the views were incredible.”

After spending the night in very cold temperatures being lulled to sleep with the strumming of guitars and singing, the group embarked on the final leg of their journey up to the summit.

According to Ms. Gidlow it was even more challenging as the temperatures dropped and the wind picked up the closer they got to the top.

Despite the physically demanding and mentally challenging hike, she said the views and feeling of accomplishment upon reaching the summit made the exertion worthwhile.

“You’re simply speechless when you get to the peak. I didn’t have the words to describe the moment while we were filming,” she said.

“Our heads were literally in the clouds and we could see them moving so fast- it’s like another realm, it was too amazing.”

Conquering Mt. Silisili and her fears all at once was, for Ms. Gidlow, one of the most profound experiences in her life.

“We did a prayer at the campsite before we hiked to the summit and for me that was the most treasured moment of the whole journey,” she said.

“Regardless of our differences, we came together to move that mountain! We did it as one family and we couldn’t have done it without each other.

“Honestly we all felt like superheroes after we conquered the mountain. It was an imagination-defying experience and now I feel like I can do anything and overcome any challenge."