The competition will provide an opportunity for emerging talents to push for higher honours. (Photo: Vaitogi A Matafeo)

Netball Samoa is set for their first tournament scheduled to start on 11 July 2020.

The Annual Netball league competition is the first major competition since the country went into lockdown due  to the coronavirus pandemic State of Emergency. 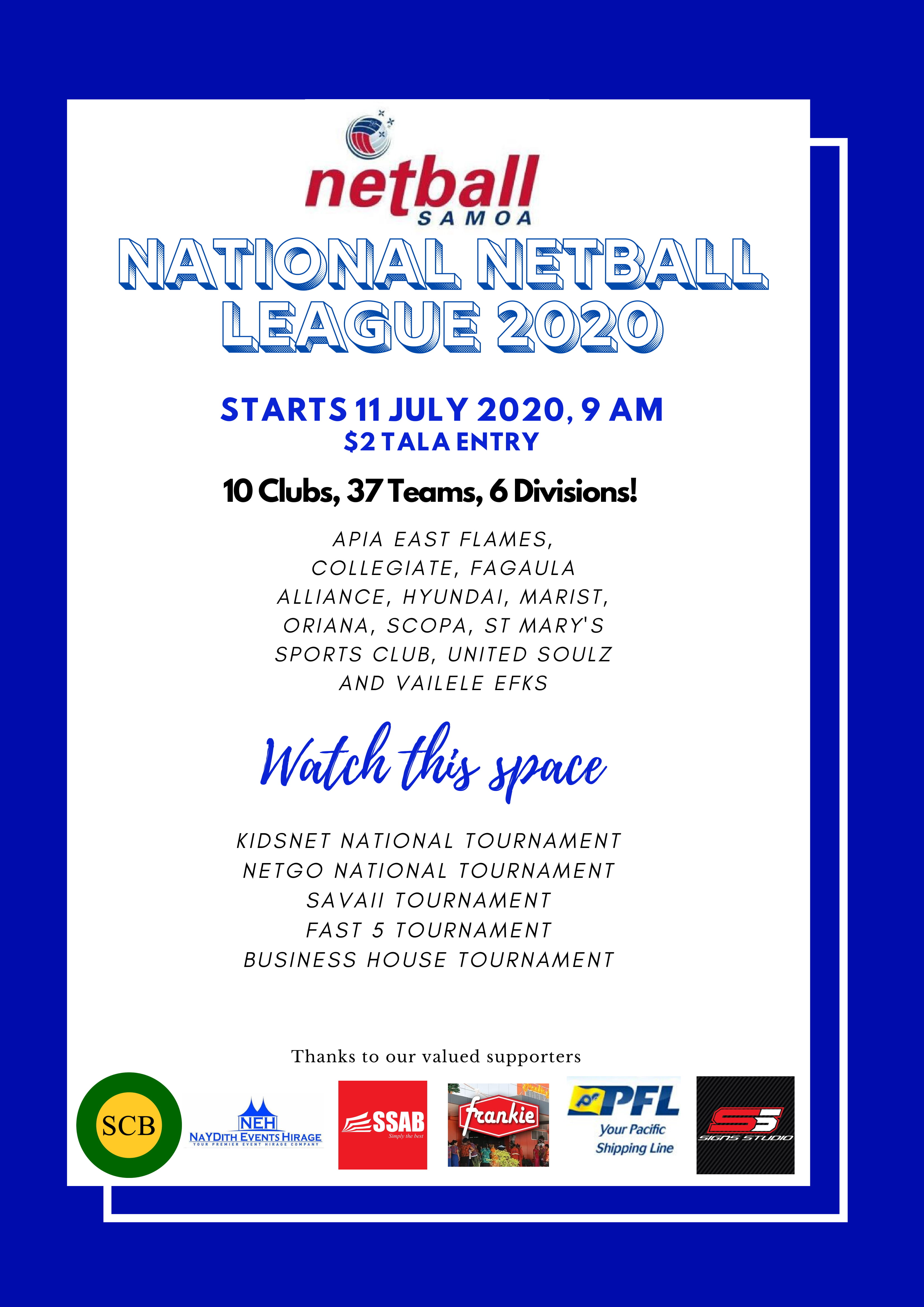 Netball Samoa Chief Executive Officer, Rosemarie Lome, said they are excited about getting the players back on the court and throwing the netball around.

The National Netball League is scheduled for 12 weeks.

Lome said there is an increase in the number of teams who have registered to play.

"This year there is an increase in the number of registered teams," she said.

"There are 37 teams registered across six divisions from ten different clubs or teams. The U-10 category, U-12, U-14, Development Grade, A Reserve and the Open A Grade."

The competition will provide a platform for emerging players to excel and aim for national representation, especially with the 2021 World Youth Netball Cup and Oceania World Netball Cup Qualifiers.

"This year we have seen an additional three teams in the A Grade therefore we will have seven teams compared to four teams last year," she said.

“Netball is the most popular sport for females in Samoa, and it’s important that our junior players have positive role models to look up to. The growing participation of women and girls in netball is helping shift the mindset towards positive behaviors like teamwork, fair play and leading a healthy lifestyle."

Lome also confirmed that Netball Samoa's office is now situated at the Stadium which allows the Association to offer a range of development programmes at all levels, business house tournaments and technical training for coaches, umpires and bench officials.