Samoan Peter Kell was officially appointed as New Zealand’s Ambassador to the Philippines this month.

He was born and raised in New Zealand to a Samoan mother, Nua Avia and an Australian father, Peter Christopher Kell.

Speaking to the Samoa Observer during a phone call interview, Mr. Kell, who is currently residing in the Philippines, said that he took part in a virtual ceremony for presenting his credentials on 19 June.

His credentials were presented to the Philippines President, Rodrigo Duterte via videolink; and they were accepted by the President at the Malacañang Palace, which is his official residence.

The 57-year-old was bestowed a chiefly title “Fata” many years ago during his visits to Samoa.

“They introduced me as Fata Peter Francis Tavita Kell, so I was kind of proud to have my title as part of the introduction to the [Philippines] president and the New Zealand Ministry of Foreign Affairs was absolutely delighted I was able to do that,” he said.

Fata added that in his view, the introduction was a way to demonstrate his Samoan side, even though he is a New Zealand representative but that Samoan heritage is very much alive and part of his identity.

“I also presented my credentials while wearing a “korowai” - a Maori cloak worn for special occasions.

“Normally in credentials [presentation ceremonies] there’s only one a day and I would have had my own ceremony with the President and had a chance to talk with him about our relationship."

But that was not possible with five Ambassadors-designate from Palestine, Canada, Iran and Vietnam and Mr. Kell waiting to present their credentials.

“My speech was in English, a little bit in Maori and Visayan which is a native language of the Philippines,” he said.

“I had the opportunity to learn the Philippines language, Tagalog for three months. The language is like a Polynesian language in the sense that the vowels sound exactly the same as Samoan or Maori or Japanese, I think that helped, having that similarity and the rest is just learning and practicing. I like the language and speak as much as I can.”

The father of two will be in a four-year term for his new appointment.

“The Philippines is a very important partner with New Zealand bilaterally, their trade and economic lengths are growing between the two countries,” the new Ambassador said.

“I will be looking to do my best to support and further grow those linkages particularly as we look to sort of manage the impact of COVID-19 so that will be a big priority for me.

“There is a very large [Philippines] community in New Zealand by some accounts roughly 80,000 people and so there are a lot of people to people linkages, we are looking to strengthen those linkages in ways that we can and of course this will all depend on what we do with our border settings in New Zealand.”

He added that they are also working closely with the Philippines Government through development programmes.

“I have been visiting Samoa since I was 12-years-old and had the chance to stay in Tuanai, have family in Apolima-uta and Apolima-tai and Savaii,” he said.

“I have very fond memories of the times spent there because my mother is settled in Vaitele.”

Over the past few months, Ambassador Kell had been working to help stranded New Zealanders and Filipino Kiwis return to New Zealand.

Mr. Kell was the Deputy Head of Mission and Consul General at the New Zealand Embassy in Tokyo from February 2015 to April 2019 and Acting Ambassador from April to July 2019.

Before that, he served in Wellington for five years in the Human Resources Division and Chief Executive’s Office, before undertaking a secondment to the Office of the Minister of Foreign Affairs.

His last role in Wellington was as Principal Adviser to the Deputy Secretary of the Americas and Asia Group. He has also served in Honiara, London and twice before in Tokyo.

He is a graduate of Kyoto University and Victoria University of Wellington. Before taking up his assignment in Manila, he spent three months undertaking intensive Filipino language training.

His interests include singing, playing guitar, fencing and karate. He is married to Riko, a Japanese National; they have two teenage sons. 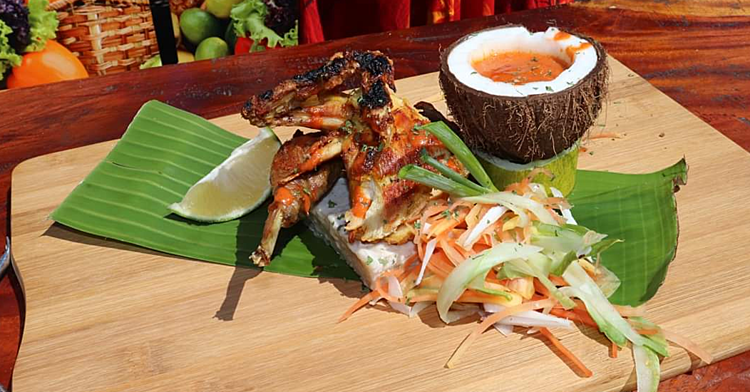