Elder Sapele Faalogo Jr, who is a Pacific Area Seventy in the the Church of Jesus Christ of Latter-Day Saints says the three bills threaten Samoan people’s access to their fundamental freedoms enshrined in the Constitution. (Photo: Aufa'i Areta Areta)

A Samoan in the Area Seventy of the Church of Jesus Christ of Latter Day Saints (L.D.S.), Elder Sapele Faalogo Jnr, is concerned that the proposed suite of bills centred around reforming the Land and Titles Court, will negatively impact on freedom of religion in Samoa.

In an opinion piece he submitted to the Samoa Observer, Elder Sapele says the bills threaten Samoan people’s access to their fundamental freedoms enshrined in the Constitution.

If, as proposed, the L.T.C. is removed from the supervision of the Supreme Court which has to uphold the Constitution above all, L.T.C. decisions barring new churches being built might never have the opportunity to be appealed.

“The removal of this Constitutional protection of fundamental rights could result in individuals being unable to practice their religion in their village,” Elder Sapele said.

“Lack of that protection could mean that a church would be prevented from having a chapel in a village if the village council were to decide having the church present would be inconsistent with the communal rights of the village.

“These potential decisions would limit our rights to worship, as well as limit the similar fundamental rights of our children and grandchildren for many years to come.”

The three bills – the Land and Titles Bill, the Judicature Bill and the Constitution Amendment Bill – have been the site of significant controversy since they were tabled in Parliament and were moved through first and second readings in March.

The Samoa Law Society has called them deeply flawed, and the entire Judiciary wrote against them, saying they carry significant risks to Samoa’s ability to maintain the rule of law and an independent judiciary, among other issues.

One of the reasons the Government has tabled the reforms is to resolve the issues where losers of L.T.C. decisions appealed before the Supreme Court and overturned complain the Supreme Court did not value Samoan custom enough.

A common enough example of this is exactly Elder Sapele’s concern, where a village council has denied a church the right to build in their village, and the L.T.C. has defended that decision.

When taken before the Supreme Court, the Constitutionally enshrined right to freedom’ forces the village to relent, and allow the church to build where they please.

“The individual can suffer in this tug of war. Shouldn’t an individual’s God-given right to believe and worship according to her or his own conscience be given greater weight in the struggle among these three main forces?”

In its submission to the Parliamentary Select Committee currently undertaking consultations on the bills, the Office of the Ombudsman highlighted this very challenge.

Ombudsman Maiava Iulai Toma said the real challenge here is that the ‘religious freedom’ enshrined in the Constitution has never been fully explored or defined by lawmakers in order to impose “reasonable restrictions.” 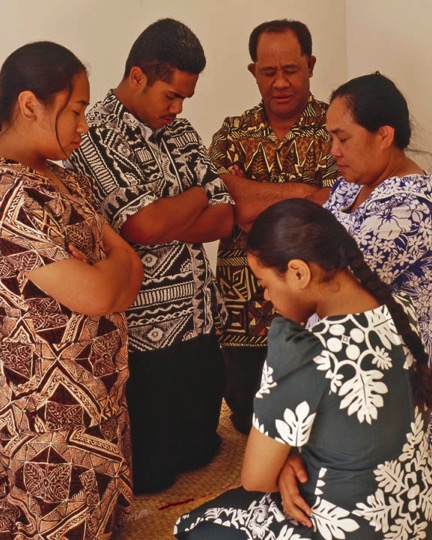 In a 2000 case on such a matter, the Presiding Judge said in his decision that village councils have to be subject to the Constitution even if they don’t like it.

“Even if it is feared that some unrest or disharmony may result, consent to the establishment of a new church cannot be withheld or insisted upon if, to do so, infringes a fundamental right guaranteed under the Constitution,” he said, adding that it was “not necessary for [the Court] to analyse the several purposes the Alii and Faipule may be said to have had in mind [for withholding consent].”

“Harboured resentment of perceived humiliation by the Supreme Court of the Village Fono and an undermining of its necessary authority is real, for which rural Samoa blames “individual rights,” Maiava said.

If reasonable restrictions were explored and then placed on religious freedom a more happy medium could be found where the Supreme Court is not viewed by rural Samoa as somehow against customary practice and authority.

As an Area Seventy, Elder Sapele is one of the most senior members of his church. Area Seventies are called to preach the Gospel and to be an especial witnesses of Jesus Christ  - assignments come from the First Presidency, the Twelve Apostles and the Presidency of the Seventy to preside at stake conferences, train stake presidencies, create or reorganize stakes, set apart stake presidencies, chair multi-stake coordinating councils and complete other duties as assigned.

A Seventy is a priesthood office in the Melchizedek priesthood. All Seventies have equal scriptural authority and become officers of the Church with a call to a quorum - In the L.D.S. Church a quorum is a body (group) of those ordained to the same office of the priesthood.

In his letter outlining his views on the bills, he spares a prayer for the leaders and policymakers working on the bills.

“As our leaders and policy-makers try to find the best ways to frame our laws, which means from time to time amending them, I trust they will remember that at the heart of our nation are the hearts of all Samoans who seek to live their lives “based on Christian principles.” Each one of those individuals has the God-given right to choose if, Whom and how they worship.

“Our current Constitution and laws allow all people in Samoa the fundamental protection of “freedom of thought, conscience, and religion.” May the Lord bless our government and village council leaders that they will always remember that faith is first and foremost a personal matter, not something that should be dictated or imposed, or restricted by councils or courts.”

Elder Sapele's opinion piece is published in full on page 12 of the Sunday Samoan.