A heavy rainfall warning for all of Samoa and areas at risk of landslides remained in effect late on Saturday, foreshadowing a wet weekend.

The severe weather is the result of an active convergence zone, according to a forecast issued by the Samoa Meteorology Division on Saturday evening.

A flood advisory was also issued for all major rivers and vulnerable areas. 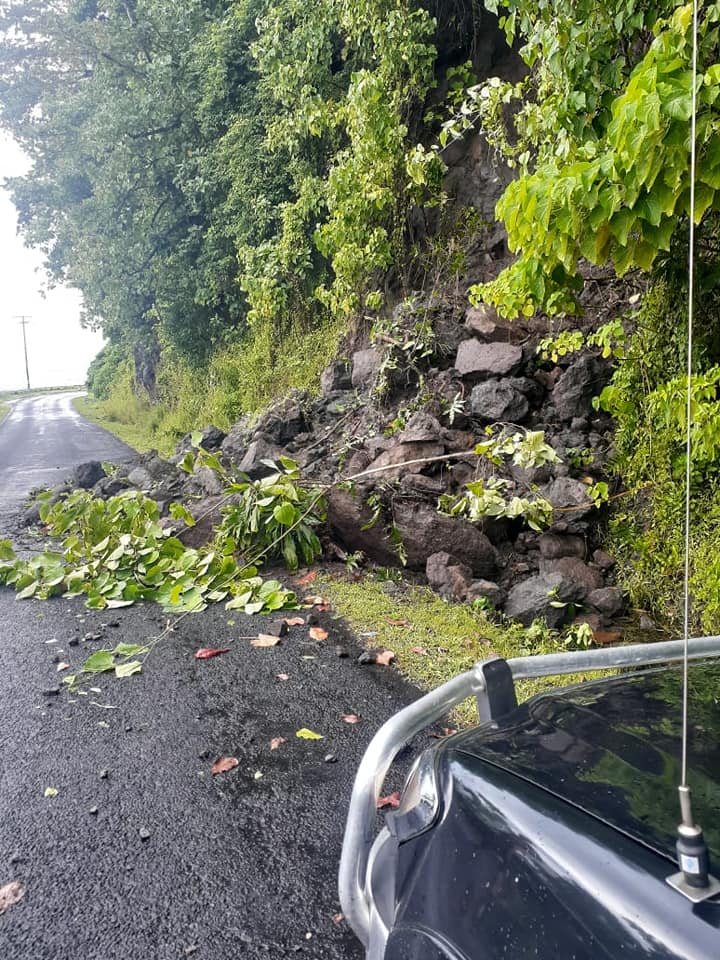 The active convergence zone lies just south of Samoa and is associated with rain and thunderstorms.

This system is predicted to move over the forecast zone on Saturday night providing scattered rain with heavy falls and gusty periods.

The weather pattern has brought about the extension of the heavy rain warning and flood advisory for all of Samoa.

Its potential impacts include: heavy downpours with poor visibility, gusty winds, foggy and slippery roads over mountain passes and ranges, pooling near roadsides and overflowing river banks and waterways.

An advisory for small crafts is also put in effect for south and eastern coastal to open waters of Samoa.

This is due to an intense high-pressure system centred off the east of New Zealand causing southeasterly winds over Samoa, generating wind-waves and swells of 2.5 – 3 metres. The gusts will affect the country's south and eastern open waters, leading to a small craft advisory to be issued for those areas.

Last week, the Land Transport Authority also issued a warning for motorists to beware of landslides.