What began as just one ram and five ewes has grown into a large flock able to serve a growing population of local lamb consumers. (Photo: Aufa'i Areta Areta)
Savaii

The Amataga Ranch in Lalomalava, Savai'i, is one of a handful of farms across the country trying to cut down on imported meat products and grow more sustainable, self-sufficient and affordable meat-eating habits for Samoa.

Run by Alesana Gidlow and his wife, along with their very young son and two farmhands, the ranch has a large herd of cattle and a growing flock of sheep.

The ranch is also the Government designated sheep on-selling spot, with Mr. Gidlow responsible for helping other farmers get their flocks going for local meat production.

Before handing over the reins to the family, the Ministry of Agriculture and Fisheries was responsible for importing and distributing sheep to eager farmers.

But with a high demand a long waiting list grew and eventually they handed off the job to Mr. Gidlow. 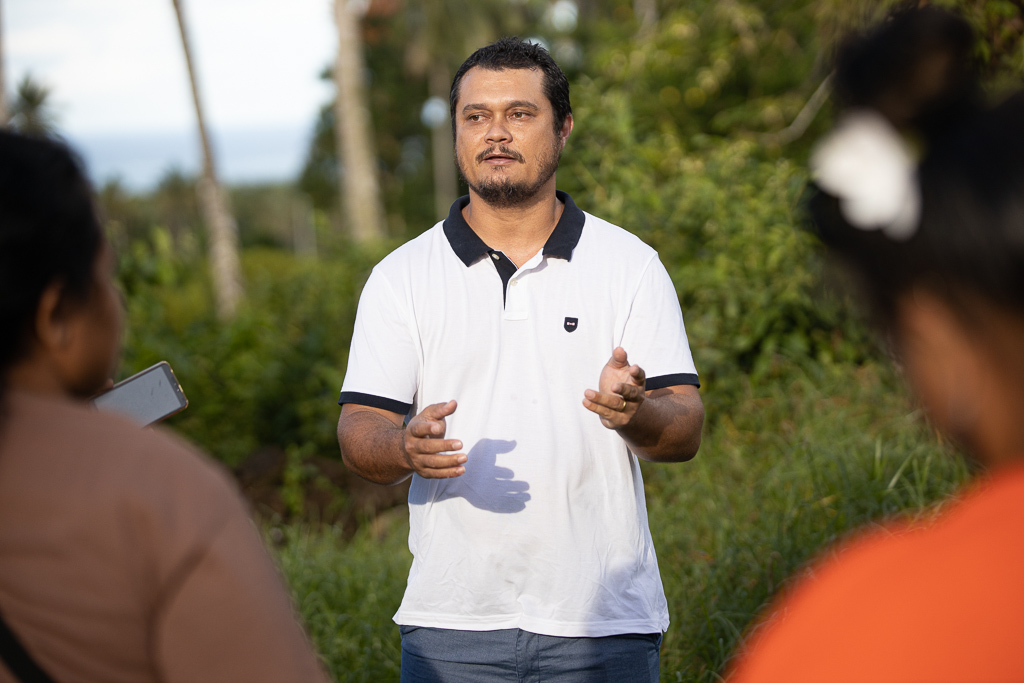 The young farmer himself started with just five sheep in 2012, a ram and four ewes that took him two years to acquire from the Government.

Today he has a whole flock and it has been enough to sustain a keen hotel and restaurant sector in Savai'i.

After the ferry stopped running between Savaii and Upolu and the hotels and restaurants were closed in the wake of the coronavirus state of emergency, Mr. Gidlow found himself with a farm full of unsold produce.

He set up shop one Saturday in-front of his brother’s new venture, Adria’s Café, and quickly learned that Savai'i locals have an appetite for locally grown lamb.

“Apparently it took off and now I can't stop,” he said.

Now that the ferry services and hospitality businesses are running again, he has returned to only supplying lamb to hotels and restaurants only, until his flock grows larger.

The ranch has two breeds of sheep, the Australian Dorper and the Fiji Fantastic.

He tries to sell some of each to prospective farmers.

While they are both suitable to breed in Samoa’s heat, the Dorper is from a drier part of Australia and is susceptible to foot-rot in Samoa’s humidity and rainy season. 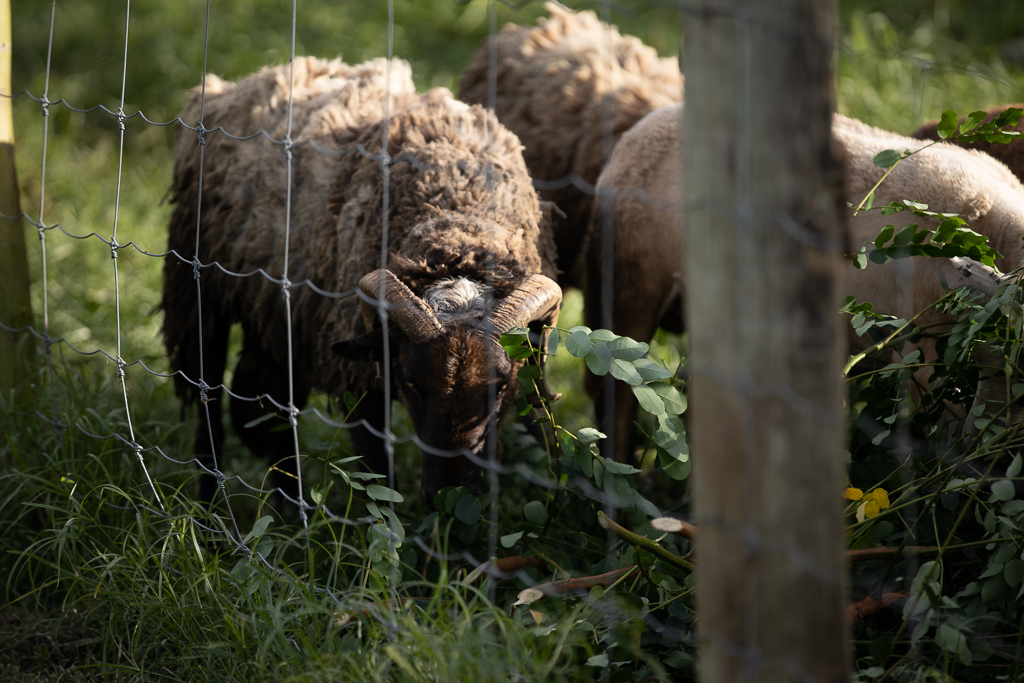 His cattle business is doing even better. What began as an experiment, to see if cattle could be used for something other than fa’alavelave has grown into a highly asked for product, with other farmers turning to him to sell their cattle for meat too.

“We gave it three years of breeding and when we got a good number we began slaughtering for meat and to supply local stores only to find out that the demand for beef in Savaii is great.

“That led onto us going to other farms to ask other farmers if they want us to slaughter for them. And we found that a lot of farmers wanted to do that, they need the money too.   So it's another option for farmers, instead of selling them for fa'alavelave.”

They have since expanded deliveries to Upolu which today accounts for 70 per cent of their sales. He said as well as the food industry, there is an appetite in the domestic market for locally grown beef.

“They say they are tired of eating chicken and they are coming around so there is a potential market we didn't approach at first,” Mr. Gidlow said

“We took the easy way of going to the hotels because they would take everything, but if we take the time and establish ourselves locally, the locals are interested.” 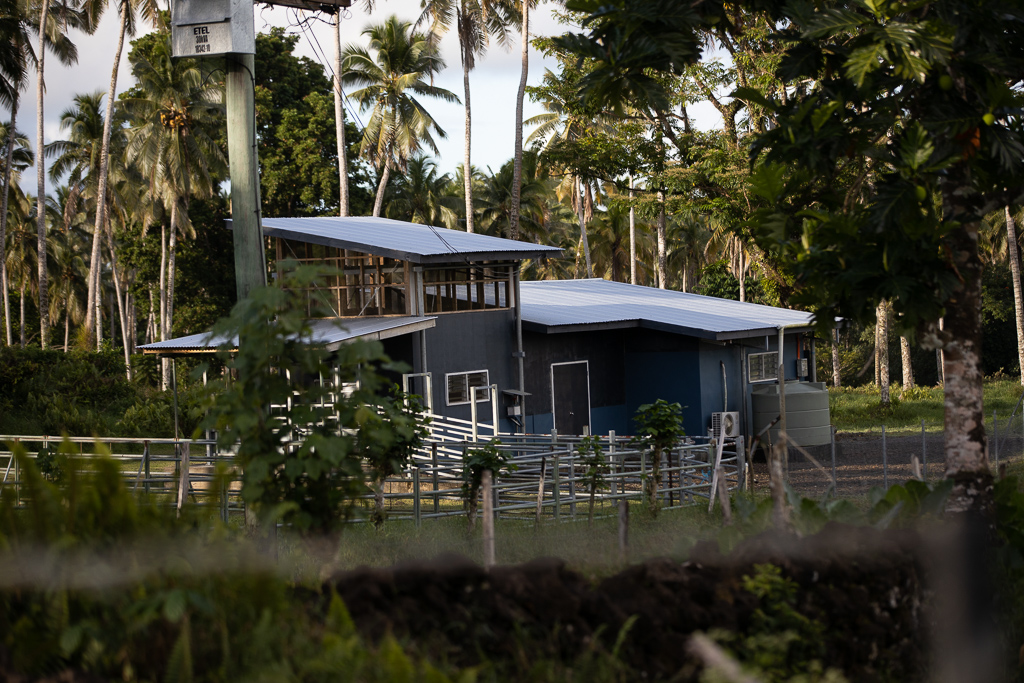 All the animals are slaughtered in their state of the art on-site abattoir. With the Slaughter and Meat Supply Act nearly ready to go Amataga is ready to be fully compliant with the new laws that will ban outdoor slaughter.

Mr. Gidlow said the new system, collecting and bringing cattle back to the abattoir is more hygienic and trustworthy for customers.

“There are no flies because we are inside, and the chiller is right there. After we slaughter it, [the animal] goes straight into the chiller. The less time it spends outside, the better it is,” he said.

“It provides assurance to the customers that we are doing it properly, especially for the hotels. They have people coming from overseas and we don't want food poisoning and that to happen to their guests.”

The abattoir was completed in 2018 and has been running since then. It has proven a kinder resource to farmers and their families, who often dislike having their animals, whom they grow attached to, slaughtered right there in front of them.

“I get attached too, I don't stick around,” Mr. Gidlow said.

“So we welcome them to come [to the abattoir] but I think we prefer we take the animal away from them alive. So they can say their goodbyes while they're still alive.”

The Samoa Tourism Authority is keen to promote the Gidlow ranch and others like it, and wants to see the farm-to-table pathway more established across the country.

Mr. Gidlow and his family live in the house his grandfather built on the ranch, which has been refurbished to join the 21st century. As well as meat the farm is home to a community garden growing salad greens and herbs which the Poutasi Development Trust helped establish in its cooperative, village model.