It has been twenty years in the making for 40 families at Tufulele as they witnessed bulldozers dig up their front yards to install meters for their water supply.

Among the group of the village chiefs who were on hand to observe the start of the project was Village Mayor, Leatuau Iulai.

"One of the most difficult experiences for the families here in this area where there was no water is the preparations of their children for school," he said.

"Water as we all know is the only thing one cannot live without and these children either go to school without bathing, which we know is very unhealthy, while some wake up early to bath at other families' houses which are closer to the main road and have access to the water."

The mayor and his family are part of the 40-plus families who are located half-an-hour drive from the main road in Tufulele.

Some of those affected is a family of 12, whose major concern is the lack of water accessibility and the danger it poses to their young children. 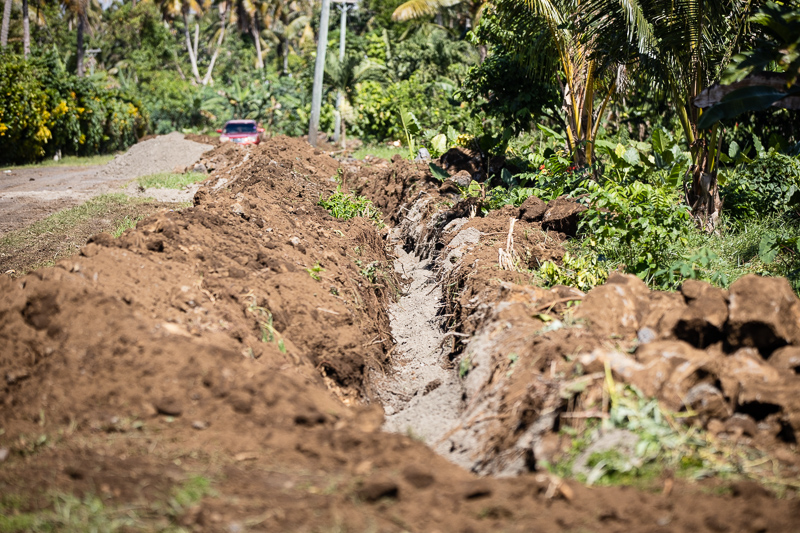 Toefo'i Tagataese, 42, told the Samoa Observer that she still fears for the safety of her young children whenever they fetch water from other families.

"My children and the rest of the families here on this side who don't have access to water are used to going to the families residing close to the main road to fetch water and I always fear for their safety because they will go anytime they want despite me stopping them sometimes," she said. "But thankfully, our lives will change now that we will need not to go anywhere as we will have our own water despite that it's metered water."

A Tufulele chief, Aiatele Aletaseta, told this newspaper that they made several attempts and filed proposals just to give water access to the affected families but without success.

"It's a dream coming true for these families as well as this village to witness this project in action and it's actually happening," he said. "Our thirsts have been fed and we're really grateful for this project. Thus, we thank the Government for this project and all those who have helped us achieve this milestone."

The water project is funded by the Government with the next hurdle being the condition of their road which continues to pose challenges for motorists in the village.