The Australian’s depiction of characters in a number of his shows have come under the spotlight and raised questions about racial discrimination, which have come to the fore globally in recent weeks following the death of African American, George Floyd.

Galumalemana told the Samoa Observer in an interview that Netflix made the right decision to pull four shows featuring Chris Lilley, as his portrayal of other races on his shows were offensive.

"So, in this case, he’s producing like a one-man show where he depicts the role of different characters and some of these characters that he portrays are not his race – that could be offensive depending on how he treats his character," Galumalemana said.

"So from what I’ve read it was quite right for Netflix to remove his shows because, in today’s world, the question of race is really coming to the forefront."

According to Galumalemana, the global community is currently facing challenges that come down to three issues: racial discrimination, the coronavirus [COVID-19] global pandemic, and climate change.

"One is racial discrimination and that’s becoming a global crisis for people to deal with because people are protesting against the George Floyd killing and then we have the on-going pandemic which is still there," he reiterated. "And then the other issue is climate change so when you’ve got these three pressing needs pressing down on humanity, a common global response is needed and that means the border between nations has to come down."

In terms of the portrayal of Pacific islanders and their communities through various media including film, Galumalemana said it has transitioned over the years and is not a new phenomena.

"If you look back at earlier media work, the Pacific Island people were portrayed very badly as well," he said in the interview. "I don’t know if you’re familiar with Betty Boop, it was a cartoon [character] and I don’t know when it stopped. Maybe in the 1950s, but it started in the early 1900s.” 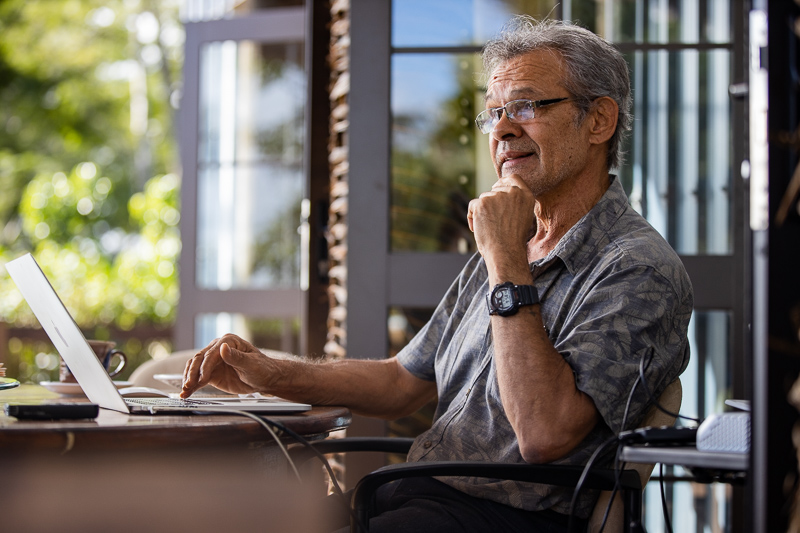 "So the first cinematography that went to the big screen had some cartoons like this and Betty Boop involved quite a few Pacific Islander musicians based in Hawaii and there was a false portrayal of cannibals and cartoon characters with bones in their noses."

Pacific viewers also look at media content through a different lens, which the Samoan film maker says explains the different definitions of what is comedy.

"I’d say that Pacific ideas of comedy can be slightly different from western ideas of comedy," he said. "The Samoans are very much enjoying slap-stick comedy, where portrayals are made of someone having an accident falling over or slipping or slipping on banana peels that kind of thing.

"It’s sort of like physical flaws portrayed and that kind of comedy is sort of what Samoans and Pacific islanders seem to enjoy.”

However, Galumalemana warned that viewers should thread with care as social issues can often become subjects of comedy, which can lead to the audience missing the opportunity to learn from the issue.

"For example, if you watch comedic skits of violence against women and girls, I don’t know whether anyone has researched the efficacy of these portrayals of a man pretending to beat a woman on stage, and the woman crying and the crowd in hysterical laughter thinking it’s the funniest thing they’ve seen."

Galumalemana is of the view that whenever humour is used, it shouldn’t be done at the expense of a person’s dignity, which is why he sometimes cringes at Samoan or Pacific humour as it can be self-discriminatory.