As they struggle with the restrictions imposed by state of emergency orders, farmers are increasingly turning to online marketplaces to sell their wares to customers directly.

Leading local information technology Skyeye, through its new and popular ‘Maua’ mobile phone application, is providing an online forum for a variety of farmers to sell their wares. Among those participating include Women in Business Development Inc. (W.I.B.D.I.); the Poutasi Development Trust; the Samoa Victim Support Group and a variety of rural and artisan farmers.

A monthly W.I.B.D.I. virtual market has enabled all the group’s products to be viewed online using the Maua App; mobile currency - either Vodafone Mtala or Digicel Mobile Money - to pay for the orders. 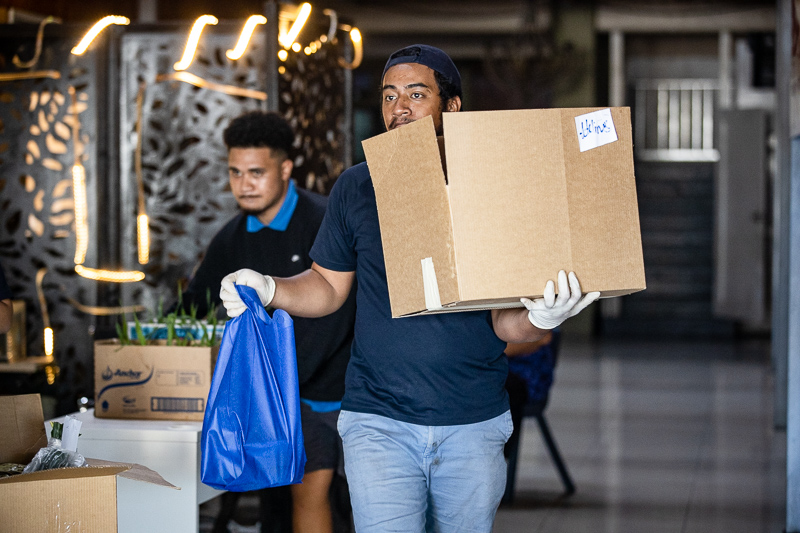 While producers facilitate the pickup of orders, disbursement and other logistics are overseen by Maua app and Skyeye Ltd.

Skyeye Ltd.’s Chief Executive Officer, Fa'aso'otauloa Sam Saili, told the Samoa Observer that this is the second virtual market that they have established.

“Due to state of emergency orders, the usual night market has not been held for a couple of months,” he said.

He added that a lot of farmers are only able to sell their produce during the night market and can earn some money.

“Skyeye and Maua App works closely with W.I.B.D.I. so we thought [we could create a] virtual market where the farmers do not need to [be in a] a certain location [because] we put up all their produce on the Maua app,” Fa'aso'otauloa said.

Limu (seaweed) has proven the most popular product on the market, Skyeye says. Some 35 separate orders for seaweed products from Savai’i were placed via the virtual marketplace on Friday alone.

“It is really good that our people in Savaii can now be part of e-commerce or online shopping,” Fa'aso'otauloa said.

“We’re taking the market to them, another benefit is that the farmers have a much bigger audience, the exposure is international and anyone that is online can now see their produce.”

Fa'aso'otauloa said that it is also convenient for people who work and are busy and could not otherwise make the Women in Business Development night market.

“But with this, people have the opportunity to shop from wherever they are and place orders. Then we give them the option to come pick it up or we deliver their orders,” Fa'aso'otauloa said.

“This particular virtual market has a lot of seafood, handicrafts, beehives, smoked fish, dried fruits, plants such as seedlings such as tomatoes, cucumbers, Tahitian lime. We don’t limit who can come on the market; it's for anyone who wants to use the platform.

“A challenge for the virtual market is people placing orders late because we have to have a cut-off time because we need to give our farmers enough time to prepare. We have had so many requests when it is cut-off time.”

He said that another challenge vendors and consumers are not used to is the use of mobile or virtual currency, which requires education of consumers about how to load and spend currency.

“We need people to buy on the app so we can guarantee the money is there for the farmers,” he said.

The company aims to promote the Maua app to the extent that all farmers register shops so that consumers can order from them directly instead of making monthly market visits.

“A lot of people want these products regularly and not have to wait for a month,” he said.

Fa'aso'otauloa described the virtual market as a “proof of concept”, one designed to have farmers become used to the process of online transactions before they view it as a serious revenue model.

So far a total of 200 vendors have signed up for the marketplace, Fa'aso'otauloa said.