The Unit Trust of Samoa (U.T.O.S.) has confirmed it is entertaining a second loan request from Samoa Airways to the tune of $15 million.

This would be in addition to a previous $15 million loan the airline took out in 2018.

The Chief Executive Officer of U.T.O.S., Tevaga Viane Tagilima, however, told the Samoa Observer, the loan has not yet been approved. The application is going through the normal vetting process.

“We haven't given the [Airline] any funds, as the vetting process is underway,” Tevaga said.

“Firstly this [specific] loan is guaranteed by the Government, [if] in any case there is a default, U.T.O.S. can call on the Government guarantee to recover its funds.”

The second loan was first mentioned in Parliament by Anoama’a West M.P., Fonotoe Pierre Lauofo, during debate on the 2020-2021 budget.

Tevaga explained that in the past, Government agencies would borrow from commercial banks.

But U.T.O.S. offers another option now available to Government agencies.

“Before we approve and give out any funds, we conduct assessments on agencies finances and their ability to service such funds; we don’t just give out funds,” Tevaga said.

“There is a prudent vetting process to be conducted by all parties involved. And as I mentioned earlier, U.T.O.S. is only one option, agencies have the freedom to seek out what is best for them from banks and other financial institutions.

“It’s duly noted the concerns about the borders [having been] closed but they are slowly opening up and hopefully when Samoa Airways gets its plane restrictions [will be] more relaxed.”

Concerns raised by some unitholders that U.T.O.S. should be cautious as they are funding an airline that is operating in the red were addressed by the investment vehicle’s C.E.O. 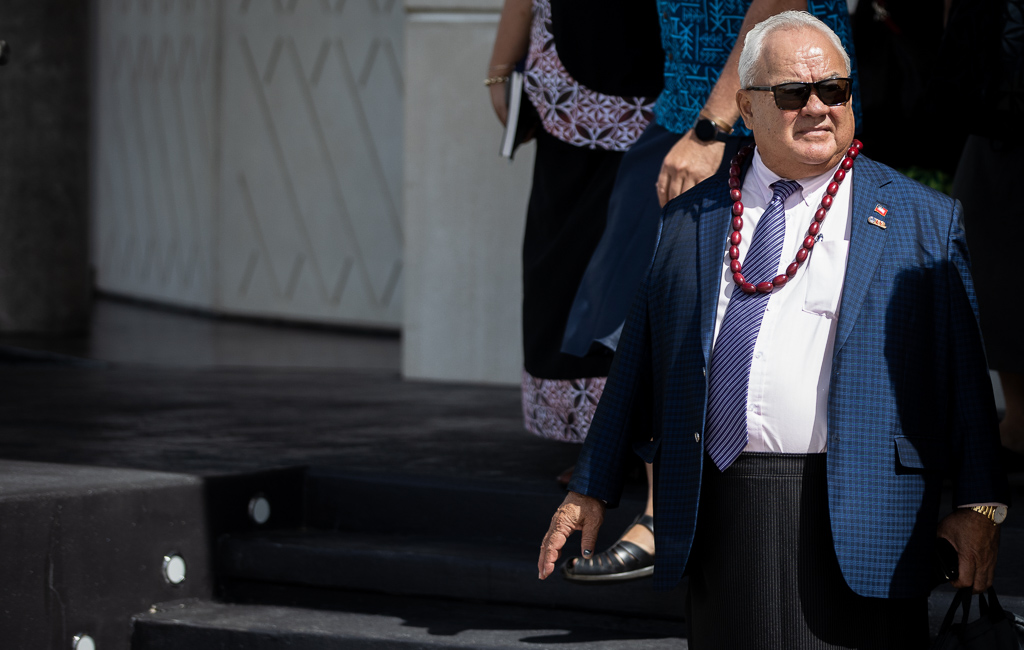 “The unitholders have all the rights to be concerned, after all these are their funds,” he said.

“However, the mandate of the U.T.O.S. is to prudently manage unitholders' funds and to maximise returns on those funds for reasonable payouts to our unitholders, so these payouts are made possible from interests paid from these loans,  and also from returns on equity on other investments.

“Of course, as unitholders, they should be concerned, but at the same time, there are processes in place to be followed to ensure fair returns on our unitholders' funds.”

Asked whether the airline missed any repayments, Tevaga noted that information is confidential.

The Samoa Observer understands there is a grace period of three years given to the Airline.

Tevaga reiterated they haven't finalised any terms and conditions with the airline yet.

“Also the Airline is still free to look at other options that may better serve their needs,” he said.

Tevaga said the Government underwriting the loan made it more attractive but did not overshadow fundamental analysis of the loan.

“It doesn’t really necessarily mean a loan is approved automatically; again there is a process and requirements in place and we have to look whether the airline or any borrower meets such requirements,” he said.

“The airline has to go through the normal process like everyone else.”

Fonotoe told the Parliament that the Minister responsible for Samoa Airways and the airline management were recently overseas for negotiations to lease a five-year-old plane from a Norwegian company.

The monthly cost of the aircraft lease is US$254,000 which is $678,000 tala as recorded in the Samoa Polynesian Airlines annual report tabled in Parliament, according to the M.P.

“If it's $245,000 for a monthly lease I believe it is cheaper than the previous lease we had,” he said. “During this time there are ongoing problems faced by airline companies around the world with some facing bankruptcy and aircrafts grounded.

The Minister of Public Enterprises, Lautafi Selafi Purcell told the Samoa Observer this week they had to take on another loan to secure the lease of the new plane. Samoa Airways has been without an aircraft in the midst of the coronavirus pandemic in March when the Government ended its lease with the Malaysian carrier Malindo Air.

The 2020-2021 fiscal year budget being deliberated on includes a $5 million tala payout to Samoa Airways by the Government as part of a compensation package to Fagalii airport landholders, not its daily operations.

Earlier this year it was revealed that the national carrier was ranked the nation's least-profitable public enterprise and operated at a loss of $21 million last Financial year.