The Government’s timing of proposing major changes to Judiciary during an unfolding crisis has been condemned. (Photo: Vaitogi Asuisui Matafeo)
Politics

A Samoan expert in voter behaviour and constitutional democracy says the Government is rushing through changes to the constitution and courts with minimal public consultation when distractions are at an all-time high.

Dr. Christina Laalaai-Tausa has critiqued the Government’s timing of proposed changes to the Land and Titles Court (L.T.C.), the constitution and the judiciary at large amid the ongoing global crisis of COVID-19.

She has also questioned the value and motives behind public consultations currently being conducted by a special Parliamentary Committee.

Currently, New Zealand-based Dr. Laalaai-Tausa said that making such a drastic overhaul to Samoa’s system of Government while the people’s minds and attention are elsewhere is inappropriate.

Dr. Laalaai-Tausa told Samoan social media outlet E.T. Live this week that the three bills proposing an overhaul of the judiciary – the Constitution Amendment Bill 2020, the Lands and Titles Court Bill 2020 and the Judicature Bill 2020 – have not followed proper procedure.

“With the three readings of the bill, ideally, after the first reading, there would normally be about three days at least until the second reading and so forth,” she said.

“But seeing the processing of these bills, it was tabled on March 17 and their first and second readings were done by the next day.”

Dr. Laalaai-Tausa, who holds a doctorate from Massey University in constitutional democracy, said the bills, which would create an entirely autonomous L.T.C. separate from the rest of the judicial system, appeared to be deliberately rushed.

“Luckily, due to the public intervention by the Samoa Law Society, it allowed time for the opinions of many others to be heard,” she said.

“If not, we would have just been told by the Parliament that such bills have now passed these [are the] bills and this is when it will take effect.

“As I have said before, timing is very important.”

Dr. Laalaai-Tausa also noted that before such readings took place, a period of time should have been allocated to hear from the public regarding the proposed changes.

The expert objected to claims made by the Prime Minister, Tuilaepa Dr. Sailele Malielegoi, that the changes to the nation's judiciary has been under development since 2016, when a Parliamentary committee reviewed the functions of the L.T.C.

“The committee assigned in 2016 the Prime Minister had spoken [of] that conducted a commission of inquiry in 2016 is different,” she said.

“And I believe that they cannot take inquiries from a commission in 2016 to build and pass a law in 2020. Many things can change within this period from four years ago; this is why it is unsuitable to bring the commission from 2016 [into legislative debate] right now.”

The Parliamentary Commission of Inquiry into the works of L.T.C. in 2016 informed the new legislation to reshape the judiciary, Tuilaepa has said.

But Laalaai-Tausa said that she does not believe it did. 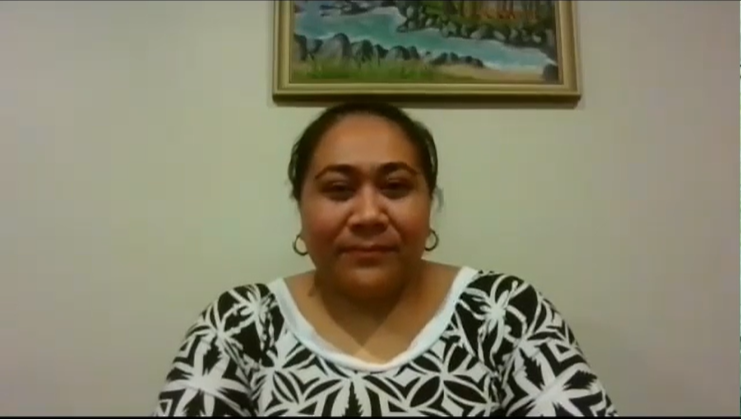 “For example, what was mostly heard [by the inquiry] is to increase the number of judges to ensure faster processes of cases in the Lands and Titles Court,” she said.

“But instead of doing this, [they have instead decided] to make the Court independent.”

Dr. Laalaai-Tausa said that if there was truly no intention of ramming through controversial changes to the nation’s Constitution and legal system by the Government, then it could not be explained why they were being tabled with urgency now, after having been prepared since 2016.

The proposed changes will create a parallel and independent judicial structure including an L.T.C. High Court and Court of Final Appeal and Review. L.T.C. decisions will no longer be subject to review by the Supreme Court.

“Especially when these are not small changes, and it is not just any law, it is the amending of the constitution of Samoa. Which means everyone has the right to be aware of changes that will be made and express their opinion on whether or not these changes are good or not for them,” said Dr. Laalaai-Tausa.

“Truly, it is very inappropriate for Members of Parliament to carry out public consultations on bills,” Laalaai-Tausa said.

“These are tasks carried out by the Ministry who owns these bills; it should not be the Members of Parliament because there is no line where they can draw impartiality. This is where the conflict of interest happens.”

She added that while public consultation on such major changes are usually open to the public, to hear the different sides from various submissions, the Parliamentary Commission has chosen to have it behind closed doors.

Dr. Laalaai-Tausa that some chiefs who have consulted with this Committee have received assurance that certain clauses in the bills may be abolished, something she said is “misleading” and cannot be promised.