The soon-to-be venue for elders in Savai'i, Mapu-i-Pulotu Home for the Aged. (Photo: Marc Membrere )
Savaii

Work has begun on an aged care facility in Savai’i with the Logoipulotu College Old Pupils Association supervising the project.

The new aged care facility at Vai'a'ata will use the site of the old Logoipulotu College and will be called the "Mapu-i-Pulotu Home for the Aged".

"We started fundraising money for a reunion with all the old students of the college, and we wanted to invite a very influential man who was a father-figure for all the former students of Logoipulotu," said Leota.

"However, Pusa passed away before the reunion so we decided to come up with a good project to make good use of the money we have already raised.

"There were a variety of ideas presented by our members on how we use the funds, however, we all agreed to set up a home to cater and care for our elders here in Savai'i at the end."

Since then the Association has been raising funds for the building project at Vai'a'ata.

"We've been fundraising for more than four years now. We started from hosting $2 admissions to our Zumba to hosting corporate tables to raise funds. We started with the money that we have raised in the time period of less than five years,” Leota said.

The Logoipulotu Old Pupil Associations is a registered non-governmental organisation and has over 40 registered members. But Pauli and Leota say they have less than 20 active members who are continuing the project which the members agreed on.

They say the absence of such a facility on the big island has been inexcusable.

Pauli and Leota cited the case of an old man in Savai’i dying while he was still on the waiting list at the Mapu-i-fagalele Home of the Elderly on Upolu, which compelled them to fast track the project.

"Also we wanted to make good use of the land and facilities at where the school was located,” Leota said.

The project has also been accepted by the Catholic Church Archbishop and his church leaders who have offered to provide trained nuns to run the aged care facility. 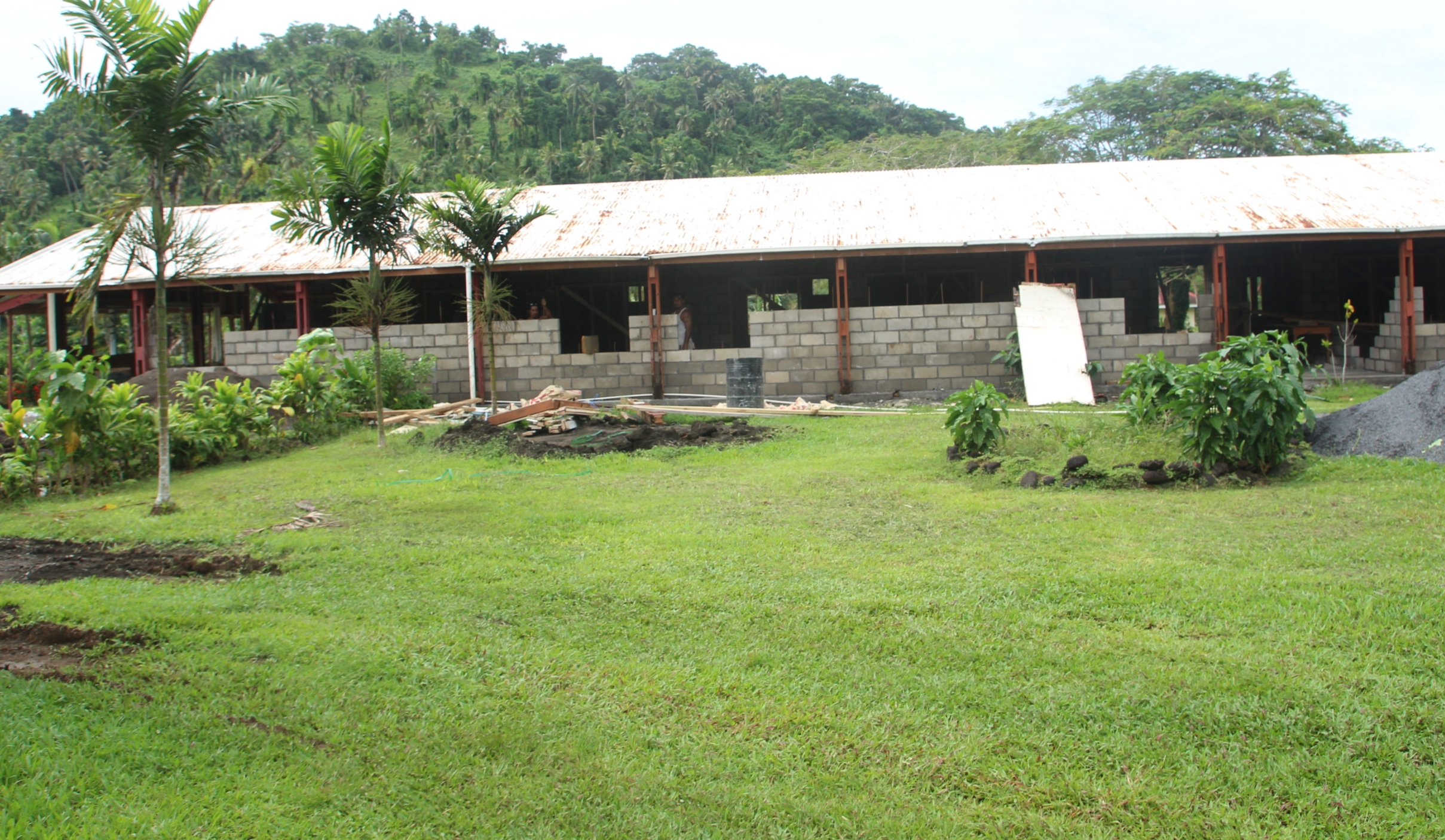 The plans for the home includes 24 rooms, a renovated kitchen, and the renovation of the facilities at the venue. Each room will have its own bathroom.

"Since the beginning of the project, we have been seeking advice from the people who are operating and are monitoring the Mapu-i-Fagalele Home for the Elderly. We asked them for advice and they suggested that one of the issues they had was sharing bathrooms and rooms,” Leota said.

“So we decided that each room will have toilets and showers so that there will be no sharing."

Currently, there is no completion date for the project, though Pauli intimated that they have received a request from the Catholic Archbishop to keep in mind August this year, the year in which the Catholic Church in Samoa will celebrate its 175th anniversary.

"We have received the request, but we also informed him that it might be too early as there is still a lot of work that needs to be done. But we will try our best even though we know that it's impossible to complete the whole project by August this year,” he said.

As the project is directly funded by the membership of their Association, the coronavirus pandemic has posed challenges to their fundraising efforts.

"It has been tough with some of our members leaving the association and also because of the orders of the state of emergency. (But) that does not stop us from continuing this project even though we struggle financially. That is why we have kept this project low key, because we did not want to make a big announcement in the beginning and then end up not finishing it,” Pauli said.

But both said they welcome anyone or any organisation that is willing to assist.

"We welcome anyone who is willing to lend a helping hand. Whether it be beds, toilet sets, furniture, or monetary, we appreciate any help to assist us with the completion of this project,” Pauli said.

The home is intended to be open to anyone.

16-year-old laid to rest after a year in morgue

The body of a 16-year-old boy from Safotu has finally been released after being at the morgue for over a year following the completion of his post mortem.