The Fusi Safotulafai Catholic parish celebrated the Solemnity of the Body and Blood of Christ on the big island on Sunday as six children of about 12 or 13 years age received their first communion.

Father Ralph Solomona, in an interview with Samoa Observer, confirmed that the Fusi Safotulafai Catholic parish had a mass celebration for what was an important milestone in the life of the Catholic Church. 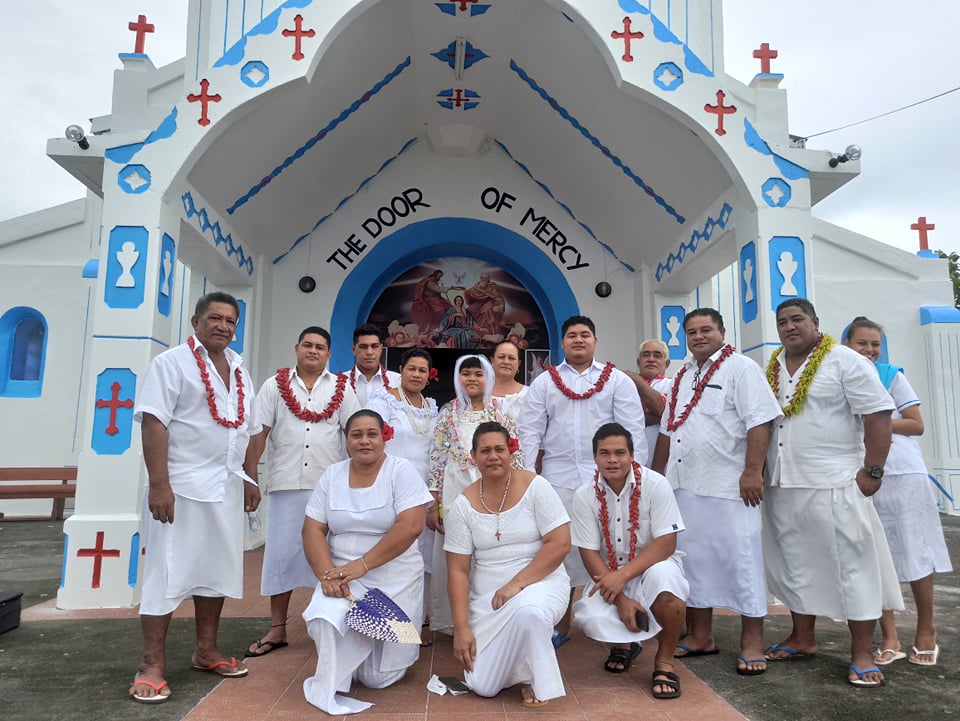 “Today is an important celebration for the Catholic Church in the world, because today we celebrate the Feast day of Corpus Christi or the Body of Christ. And six children received their first communion today for my parish," he said.

Fr. Ralph Solomona is the priest in charge of the Fusi Safotulafai parish, and he spoke on the importance of this day to all Catholic believers. However, some parishes weren't able to celebrate it because there were no children who were ready for the Holy Sacrament.

"The celebration today is for the Eucharist and for the young children who will be receiving the body and blood of Christ for the first time. The Eucharistic celebration is a very important part of any Catholic and the Eucharist itself is the centre and the heart of the Catholic faith. It is also called the Sacrament of love," he added.

He also said that the commemoration gives joy and happiness to participating young children every year.

"It is a great feeling for the people of the Catholic church during these events, because it is once in a year. The Eucharist play an important role in the life of a Catholic person. The key message of today really is that this is the day that every Catholic church celebrates Jesus' sacrifice on the cross. And His blood and body will cleanse us from our sins," he said.

The mass celebration was conducted by Fr. Ponifasio Ulugia, who was assisted by Fr. Ralph Solomona and Deacon Patolomeo Saga.

In Catholic history, Corpus Christi dates back to the 13th century and Belgium, where the mystical experiences of Saint Juliana de Cornillon established a local feast to the Holy Eucharist.

The mass hymns were sung by the Fusi Safotulafai Catholic parish choir.