The new Chief Justice, His Honour Satiu Simativa Perese has been officially sworn in this morning at the Head of State residence in Vailele.

He takes over from his predecessor former Chief Justice, Patu Tiava’asue Falefatu Sapolu.

Those present during the ceremony included the member of the Council of Deputies, Le Mamea Mualia Ropati and members of the judiciary, parliament, the diplomatic corps and family members.

In a brief interview, Justice Satiu said he is relieved and thankful to God for his new appointment.

“It’s been a long road to this new role,” he said.

The newly sworn-in Chief Justice has 30 years of experience as a lawyer. He said the law is his calling. 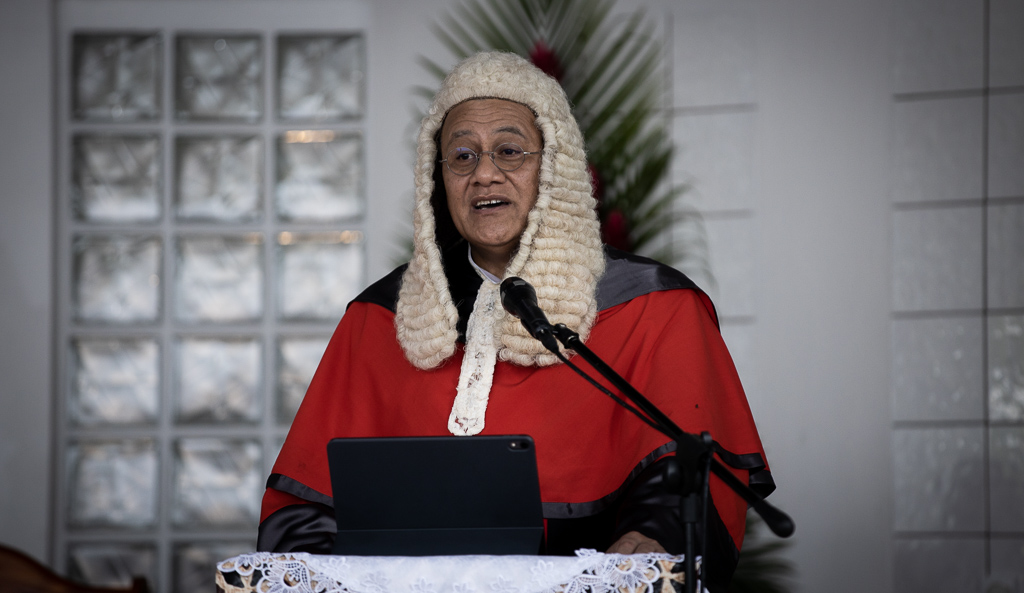 “This is the most important role [...] in my work as a lawyer, I regard it as a calling and I pray that God will guide me in my work and give me the gifts [needed] to carry out my duty in accordance to my oath.”

From the villages of Salimu Fagaloa and Maagiagi, Justice Satiu reminded the Parliament, the executive and the judiciary that they have the great privilege of serving the country’s best interest.

“With privilege comes duty and it's our duty to serve our country with distinction,” he said during his maiden speech.

He also acknowledged the work of former Chief Justice Patu and the Prime Minister, Tuilaepa Dr. Sailele Malielegaoi, for his confidence in appointing him.

Justice Satiu will officially commence his duty next Monday.