Five Channel College students have been expelled after a video emerged on social media showing them allegedly bullying a fellow student.

Channel College Principal, Fr Sipiliano Fakaosi, confirmed the expulsion of the students in an interview with the Samoa Observer after the video showing the alleged abuse went viral on Facebook.

He said he and his staff were not aware of the incident until members of the public forwarded the video on social media to them for their attention.

"We did not know about this bullying issue, we just found out on Tuesday around 9am when people sent us the video,” he said. “According to the ones involved, the incident happened last week, however, we did not know so we have expelled these students as of yesterday. There are no rooms for bullies in Chanel College.”

The Principal did not reveal the names or the details of the five female students who were expelled on Wednesday.

According to Fr Fakaosi, the female victim has not return to school after the incident and the college does not tolerate such behaviour by the students.

He said he is saddened by the abrupt end to the students’ education with the exams not far away, as they are intelligent but bullying is not acceptable and expulsion is the penalty. 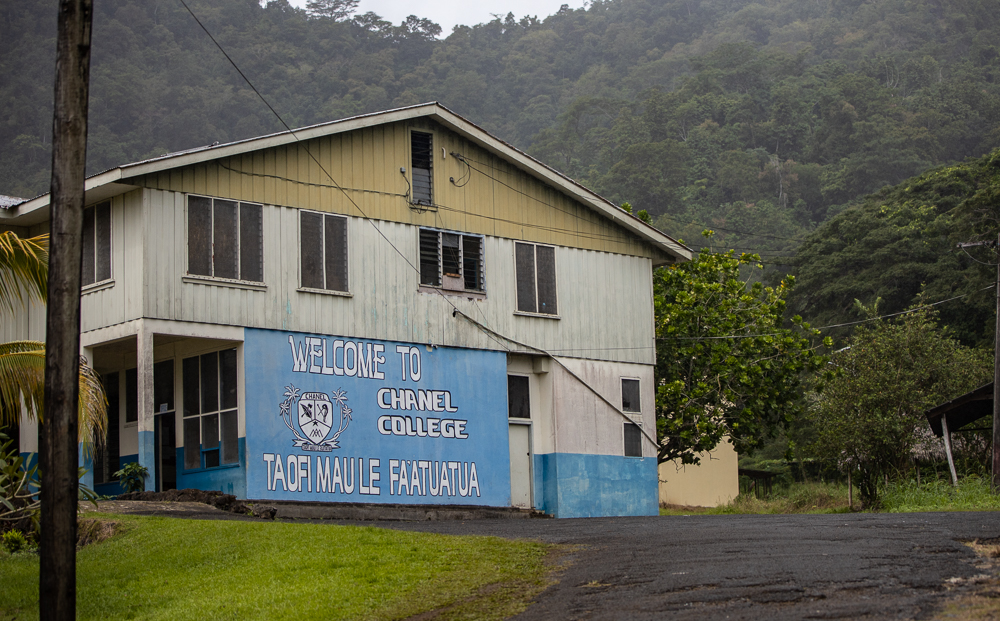 "They are very smart students and they have never done this before, I just don't know. Everyday, we teach them about being accepted and disciplined. I know exams are near but they have broken a school rule. The rules in which they are informed about everyday. Once you are caught bullying anyone you are expelled from school and that's why expulsion is what they faced," he added.

The expelled students’ parents visited the school on Thursday to appeal for the decision to be overturned and their daughters given a second chance, but Fakaosi said he is standing his ground as the victim now fears attending classes.

"The parents of the five students came here and asked for a second chance but I had to abide by my decision so I told them ‘I'm sorry but no’. I am thinking of the victim who has been bruised and of course she has the right to education, but she is scared to come back because she knows that the bullies are still here in school," he said.

The incident has now become a police matter with officials from the Ministry of Police and Prisons visiting the college on Wednesday.

A taxi driven by an alleged drunk driver veered off the road and smashed into a parked Ford Ranger in front of the Apollo Cinemas on Saturday morning.

Newly Deputy Commissioner on a mission

The newly promoted Deputy Police and Prisons Commissioner, Auapaau Logoitino Filipo, is on a mission to improve the Ministry’s service delivery amidst the challenge of resource constraints.

Ten individuals were selected as members of the Civil Society Organisation - National Reference Group (CSO - NRG). . These individuals have expertise in the issues of gender equality and women empowerment.