The Faleolo international airport remains closed unless flights to and from are approved by Cabinet. (Photo: Aufai Areta Areta)

Local airlines and authorities are unaware of reports that repatriations flights for residents of American Samoa stuck in Samoa will take off as early as Wednesday this week.

The follows media reports in American Samoa this week which said repatriation flights for close to 300 of their residents are to begin on 9 June 2020.  Talanei reported that Governor Lolo Moliga wanted to bring home the citizens who are mostly those that were seeking medical treatment off island.

Representatives from Talofa Airways and Samoa Airways which service the route said there have been no official advise to resume flights to American Samoa.

The Minister of Samoa Airways, Lautafi Selafi Purcell, said he was not aware of any flights.

"Pago has not opened its borders as yet, even for returning residents. Not that I'm aware of," he said.

A staff member at the Faleolo international airport tower confirmed they have not received any official approval of a repatriation flight to the territory.

According to reports from American Samoa, Governor Lolo was quoted as saying that from his last conversation with Prime Minister Tuilaepa Dr. Sailele Malielegaoi, he learned that Samoa only has 200 test kits from China.

It was reported that during the Coronavirus Task Force meeting, Governor Lolo directed the Department of Health to send a team to Samoa with 300 test kits to test American Samoans who are stranded in Upolu before they can return home.

The Governor was reported saying that Samoa does not have a good hospital and he wants to American Samoans stuck in Apia home before anything happens to them.

He pointed out that Samoa has allowed flights from New Zealand, Australia, Fiji and other countries with coronavirus cases therefore the need to act fast to “bring our people home.”

Talanei reported that American Samoa's Director of Health, Motusa Tuileama Nua, said there were several reasons why this move would not be practical.

For example if equipment in Samoa is not compatible with their test kits, Health would have to take its COVID testing machine to carry out tests there along with lab and medical personnel.

The Director of Health recommended instead of that, the stranded American Samoans in Samoa can be tested upon arrival in the territory and quarantined for 14 days.

Motusa believes the majority of those stuck in Samoa are people who were returning from New Zealand, Australia, Fiji and other countries when the route with Samoa closed.

He said many were seeking medical treatment off island so they would have health conditions that would make staying in quarantine facilities like the DWYA gym uncomfortable.

The Director of Health said in their plans for the return of those stranded in Samoa they didn’t plan on 300 people, only 120.

The 300 figure was cited by the Governor from the Office of Immigration.

The plan proposed by D.O.H. based on 120 people was to designate three days this week to bring those stuck in Samoa back in groups of 40 within 3 days this week.

Those designated days are June 10, 11, 12 and allow the succeeding days for staff to replenish, recalibrate the covid testing machines and make other necessary preparations.

Governor Lolo said only American Samoans and bonafide residents can be allowed on the flights.

He expects the repatriation flights from Samoa to begin this week. 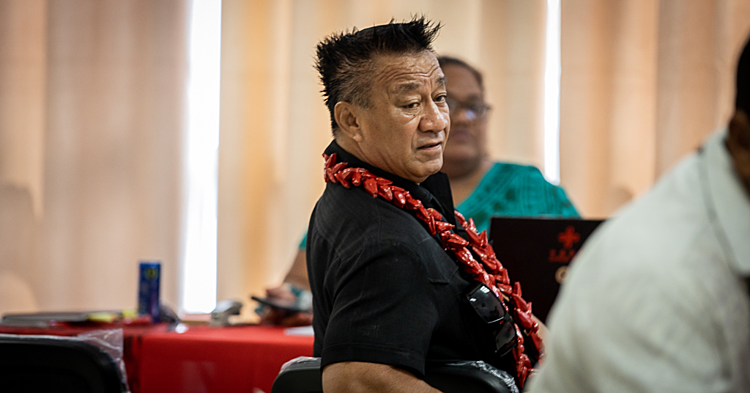