At its peak, the programmer was used by more than 850 underprivileged Samoan children to learn cutting edge computer skills. (Photo: Facebook)

The project sounded like a dream: underprivileged Samoan children were to access sophisticated computer technology and learn the use of the most advanced tools available worldwide, including 3D printing.

The learning centre was used by more than 850 children before and after school, an estimated 98 per cent of whom did not have access to computers at home, to learn about coding, robotics and making computer videos. 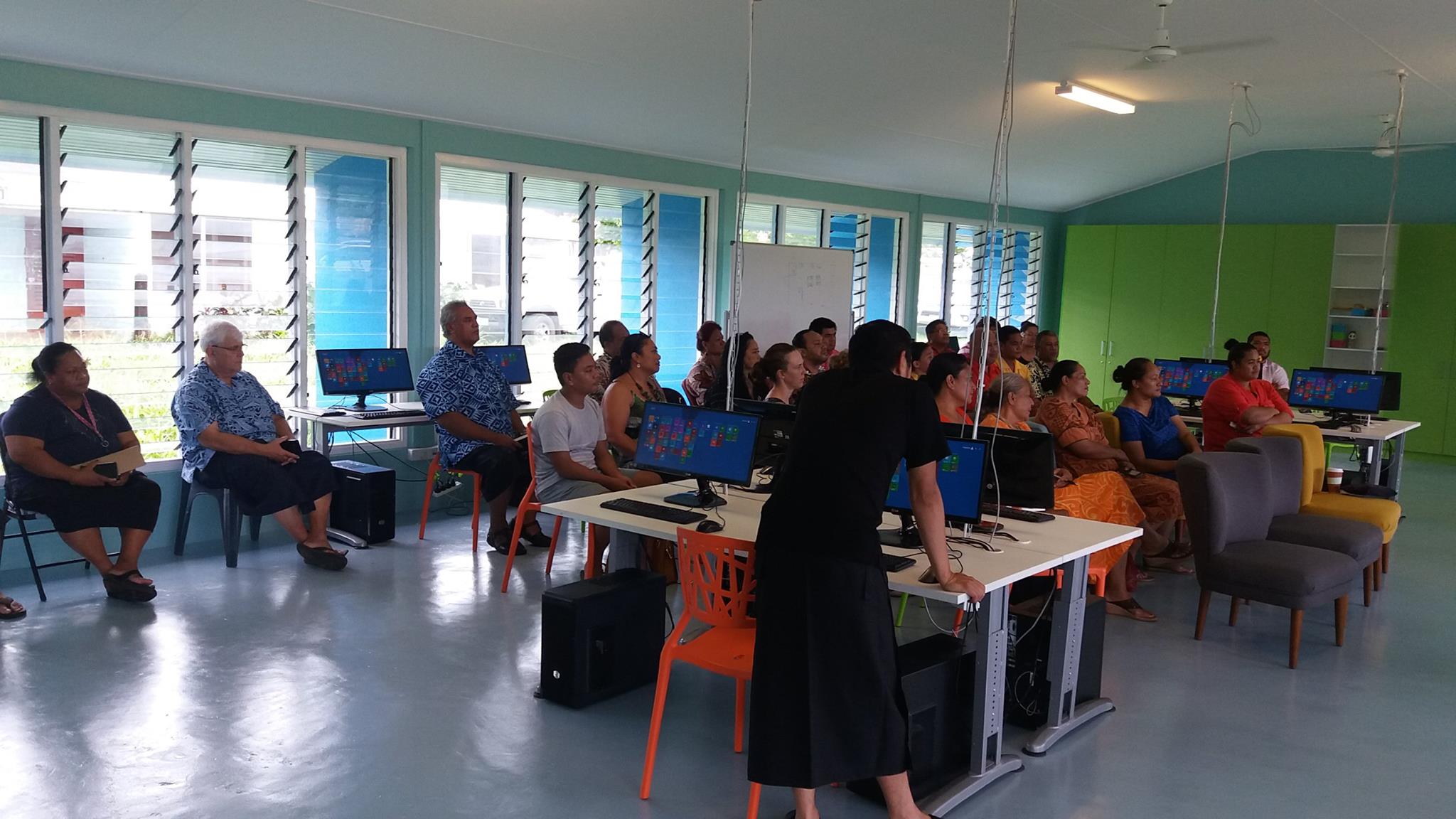 But a Samoa Observer investigation has established that just months after it was launched, the promises of a $3 million New Zealand funded High Tech Youth Network (H.T.Y.N.) soon vanished before it closed its doors to children.

Within months, staff stopped being paid; funding for the project was cut off without their knowledge, staff say; and ultimately by the end of 2018 the centre was evicted to make way for a company run by an Australian businessman with a checkered past who soon left the premises empty.

After New Zealand’s Foreign Ministry made an initial capital investment of close to $1 million in 2016 to refurbish the old Samoa College Hostel in which the Network was to operate, the space officially opened its doors in August 2017 in a ceremony attended by dignitaries.

But by March 2018, funding from the New Zealand-based company meant to pass on grants from the country’s foreign Ministry simply stopped paying.

Operations continued but only after being funded by the local Samoan manager of the programme, Moananu Tyrone Laurenson, who personally paid salaries, the centre’s utilities and other overheads.The contrast with the optimistic sentiments expressed at the project’s opening could not have been starker.

“The New Zealand Government is providing $3million towards the studio and programme which will provide training, equipment and a place for more than 5000 students to explore, collaborate,” the country’s High Commission announced on its Facebook page after signing the deal in 2016.

Mike Usmar, the former C.E.O. of the New Zealand company, High Tech Youth Network Limited, in charge of disbursing the $3 million budget to the Samoan team of two that ran the computer learning centre on behalf of the Kiwi Foreign Ministry was similarly upbeat: “Youth will have access to a new state-of-the-art High Tech Youth Studio (and smaller village studios across Samoa) which includes Robotics, Animation, 3D Printing and Film making while providing new opportunities to establish careers, higher learning or cyber social-enterprising opportunities”.

How a project launched with so much promise collapsed within six months remains shrouded in mystery and raises questions about the extent to which foreign aid projects in Samoa are being monitored.

The funding was intended to continue through to 2020 by which time the centre was intended to be handed over to the National University of Samoa, according to the Memorandum of Understanding signed for the project.

But by December 2018 and on Samoan Government orders the H.T.Y.N. was forced to pack up and leave to make way for PEEQ, a call-centre company. 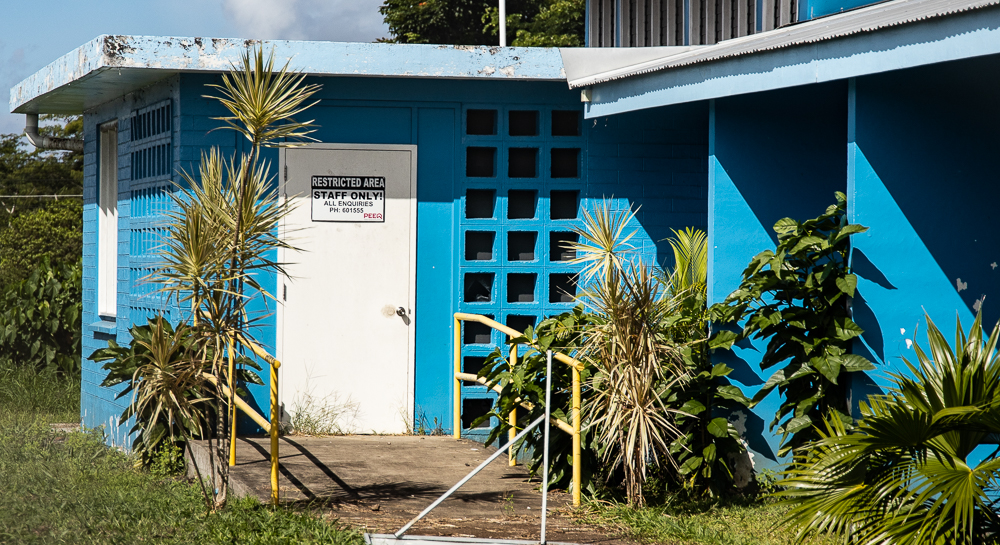 Attempts to secure a comment from the Minister for Information, Communications and Technology, Afamasaga Rico Tupai, were unsuccessful on Friday. The Ministry was one of the programme's in-country partners and responsible for the handover of its facilities to PEEQ.

Moananu also declined to comment for this story, citing his involvement in a matter before the New Zealand Government's Employment Relations Authority.

But in previously unpublished testimony before a New Zealand Parliamentary Inquiry the Producer of the Vaivase programme, Leota Khosrow Siisiialafia, outlined how a sudden stop in funding came in March and without warning before the project’s sudden closure disappointed hundreds of children.

“I have not been paid by [the High Tech Youth Network] since March 2018,” Leota testified.

“Up until the funding dried up, we were progressing extremely well.

“Our attendance records show that 868 students attended [High Tech Youth Network] after-school and other programmes. By comparison, Samoa College as the largest secondary school in Samoa has a student population of approximately 700 pupils.

“There was a key issue with the lack of the disbursement of this funding from [the New Zealand branch of the High Tech Youth Network].

“I was absolutely confused and embarrassed when I was removed without notice.”

Leota added that other mandatory payments were not made, including to the Accident Compensation Corporation and National Provident Fund.

He made further allegations including that the organisation’s budget included provisions for programmes such as his professional development that simply never took place. 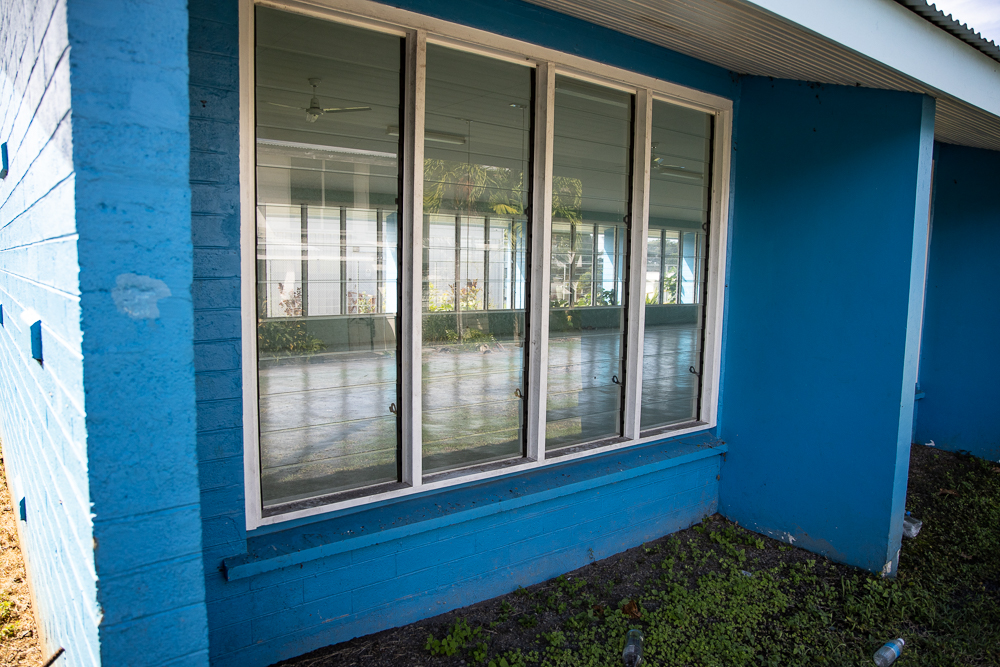 Documents obtained by the Samoa Observer show that Leota signed a contract with the company the New Zealand Ministry of Foreign Affairs (M.F.A.T.) had chosen to oversee the financing of the project, guaranteeing him a salary of $26,000 until March 2019.

Leota instead subsisted on salary payments from Moananu.

In that time children created several video projects, virtual maps of Samoa and were tutored in recording and editing videos, animation and sound projects.

Leota testified he was never given an explanation for why the funding ceased and why his salary was cut off.

He said he received only one phone call from the organisation’s then Chief Executive Officer, Mike Usmar, shortly before New Zealand’s M.F.A.T. conducted a visit to inspect the site in July 2018, months after salaries had ceased.

Internal emails obtained by the Samoa Observer show that after that inspection, New Zealand’s Foreign Ministry made no mention of the project’s funding being cut off and gave the project glowing reviews.

“It is great to hear that the studio is so popular with the kids and offers them a place to come to be creative, exchange ideas, and upskill,” wrote M.F.A.T. employee Stephanie Brown.

“We were really impressed with the facilities and the space you have there, and can really see the potential for the future especially under such strong [local] management. We really do want to see this project continuing.”

In December of 2018, the Network finally closed its doors under instruction from Government officials to make way for PEEQ Telecommunications, a company that had made a series of grand promises to the Government including solar-powered motorcycles and developing new treatments for ulcers.

The company had even seen the Prime Minister, Tuilaepa Dr. Sa'ilele Malielegaoi, to discuss establishing an airline.

But the man behind PEEQ, Graham Favell (alias Liao) had a spotty business history.

He was declared bankrupt in 2015 in Australia, which was discharged in 2017.

In 2014, he was ordered to repay $25,000 to a couple after an Australian Tribunal found he had "tricked" them into accessing money from their disabled son's trust fund.

A response from the Ministry of Foreign Affairs and Trade New Zealand said it was not its responsibility to tell local managers that the project’s funding had been cut and all responsibility for overseeing its closure lay with the centre’s New Zealand company.

The Ministry said it had no control over its management and resourcing.

“In 2016, MFAT agreed to part-fund the High Tech Youth Network (H.T.Y.N.) Activity in Samoa up to NZ$1.38 million over a four-year period, to develop the I.C.T. skills of Samoan youth,” a spokeswoman said.

“M.F.A.T. stopped funding the Activity in mid-2018 ahead of its scheduled end date in 2020. This is because H.T.Y.N. failed to provide required reporting.

“M.F.A.T. lost confidence in H.T.Y.N.’s management of the Activity. H.T.Y.N.’s failure to meet its contractual obligations to M.F.A.T. and to deliver the value expected for an important activity in Samoa is disappointing.

“On learning of the allegations submitted [to the New Zealand Parliamentary Inquiry regarding potential financial irregularities, M.F.A.T. commenced an investigation.”

Questions about whether it was asked by the Samoa Government about PEEQ moving into the building it had spent an estimated $1 million refurbishing were not answered.

M.F.A.T. also declined to say what, if any, background checks it had performed on the company it had chosen as a development partner in New Zealand for the project.

The Ministry said pending legal action prevented it from discussing the matter further.

Attempts to contact the then-C.E.O. of the High Tech Youth Network Samoa, Mike Usmar, via telephone and email have been unsuccessful.

A company search reveals that High Tech Youth Network in New Zealand is on the verge of being struck off by regulators in that country for failing to provide required financial records.

* This story has been amended to reflect the fact that Moananu has a matter before the Employment Relations Authority, not pending litigation with the New Zealand Government. 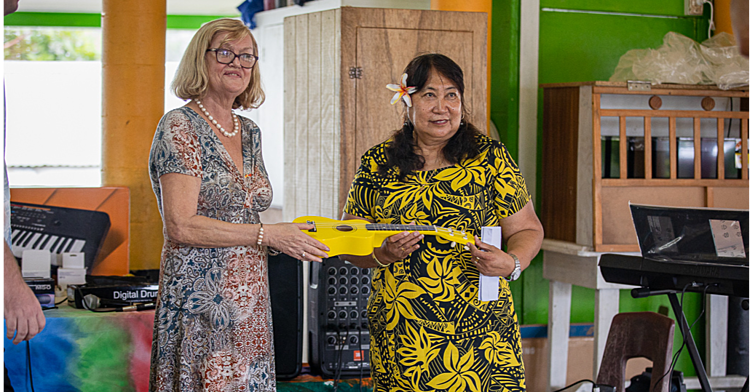 The children housed at the Campus of Hope at the Samoa Victims Support Group received musical instruments valued at $13,600 thanks to the Germany Embassy in Wellington, New Zealand. 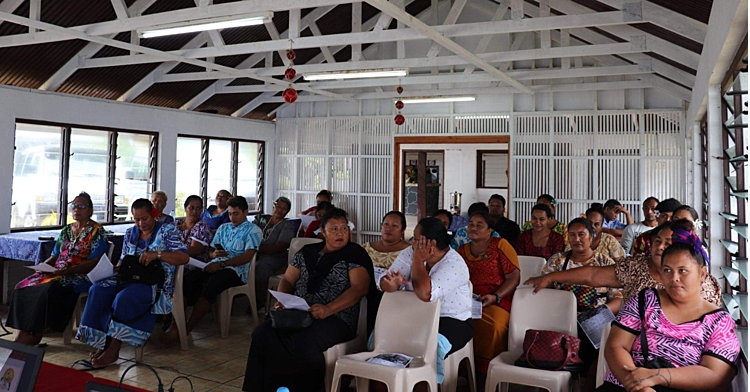 Tourism operators in Savai'i and workers have welcomed training courses to build capacity in a struggling workforce displaced by the sudden halt to tourism.

The Tautua Samoa Political party will scrap the law to tax the Head of State and Church Ministers if they win next year's General Election. They will also launch a Commission of Inquiry into the Measles crisis that killed 83 Samoans last year, as well as open the gate for Samoans living overseas to vote in the General Election, using Samoa's mission offices around the world.