Some of the staff members of the Ministry of Works, Transport and Infrastructure. (Photo: Christopher Wasson )

Staff working at the Ministry of Works, Transport and Infrastructure (M.W.T.I.) hosted a small pre-independence celebration on Friday at their offices at the TATTE Building. 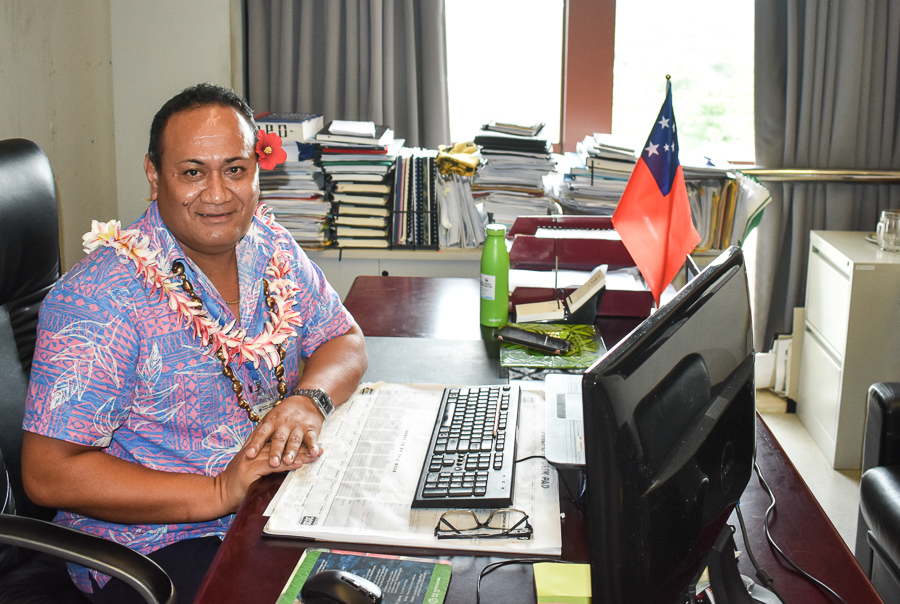 The Ministry's Assistant Chief Executive Officer (Policy and Planning Division), Muliagatele Paulino Pania, said that despite the cancellation of celebrations this year for the first time in history, their staff still wanted to do something to mark the significant event.

“We are well aware that we are still in the period of the State of Emergency and that preventative measures against COVID-19 has led to the cancellation of Samoa’s annual celebration,” he told the Samoa Observer.

However, Muliagatele added that their staff annually hosts a big celebration after every independence march.

“But for this year we will not have that but instead we wanted to boost the morale of the workers by doing a pre-independence celebration," he said. “The invitation was for our staff members to decorate their stations in to depict patriotism or celebrating the 58th independence celebration and with money out of our own pockets we raised funds for a cake and some refreshments."

“The significance of celebrating independence is our country’s way of honouring our ancestors who fought for our freedom with some sacrificing their lives so that we the future generations will live in a free and democratic nation.” 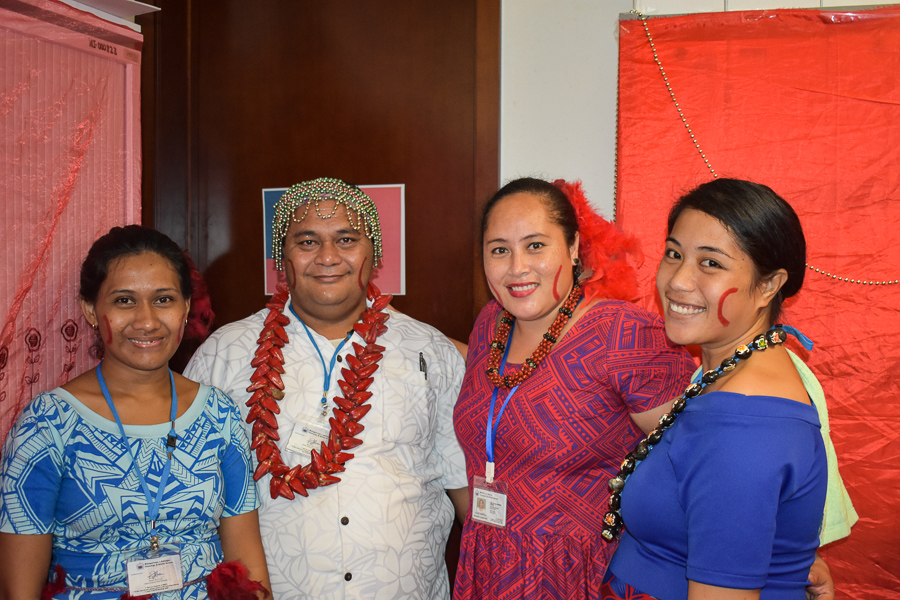 He also added that the glory should be given to God that Samoa has reached 58 years of independence as a nation.

“On behalf of our Minister, Papali'i Niko Lee Hang, Chief Executive Officer and staff, we would like to wish our nation a joyous and peaceful independence celebration this year," he added. “And may God bless our country, its people and protect us against the COVID-19 global pandemic.”

The Ministry of Prime Minister and Cabinet C.E.O., Agafili Shem Leo, had earlier indicated that the decision to put off celebrations on independence day was not taken lightly, and took into consideration the current state of emergency orders to protect Samoa from COVID-19.

Agafili added that there is a [public] holiday on the 1st of June to mark the independence anniversary every year.

The celebration of Samoa’s 58th Independence Day has been pre-recorded and will be screened on Samoa's digital platforms on Monday, including the Government's social media channels.

The caretaker Prime Minister and the Minister of Health being publicly vaccinated on Sunday afternoon was a perfect example of doing the right thing in precisely the wrong way.