Samoa has taken a major step to fulfil its obligations to the Sustainable Development Goal 13: Climate Action.

It did so with the signing of an agreement on a new project named the Third National Communication (3NC) and First Biennial Update Report (BUR).

The 3.N.C and B.U.R project document was signed by the Chief Executive Officer (C.E.O) of the Ministry of Natural Resources and Environment (M.N.R.E), Ulu Bismarck Crawley and the Resident Representative of the U.N.D.P Multi-Country Office for the Cook Islands, Niue, Samoa and Tokelau, Jorn Sorensen, at the One U.N House at Tuanaimato, Friday morning. 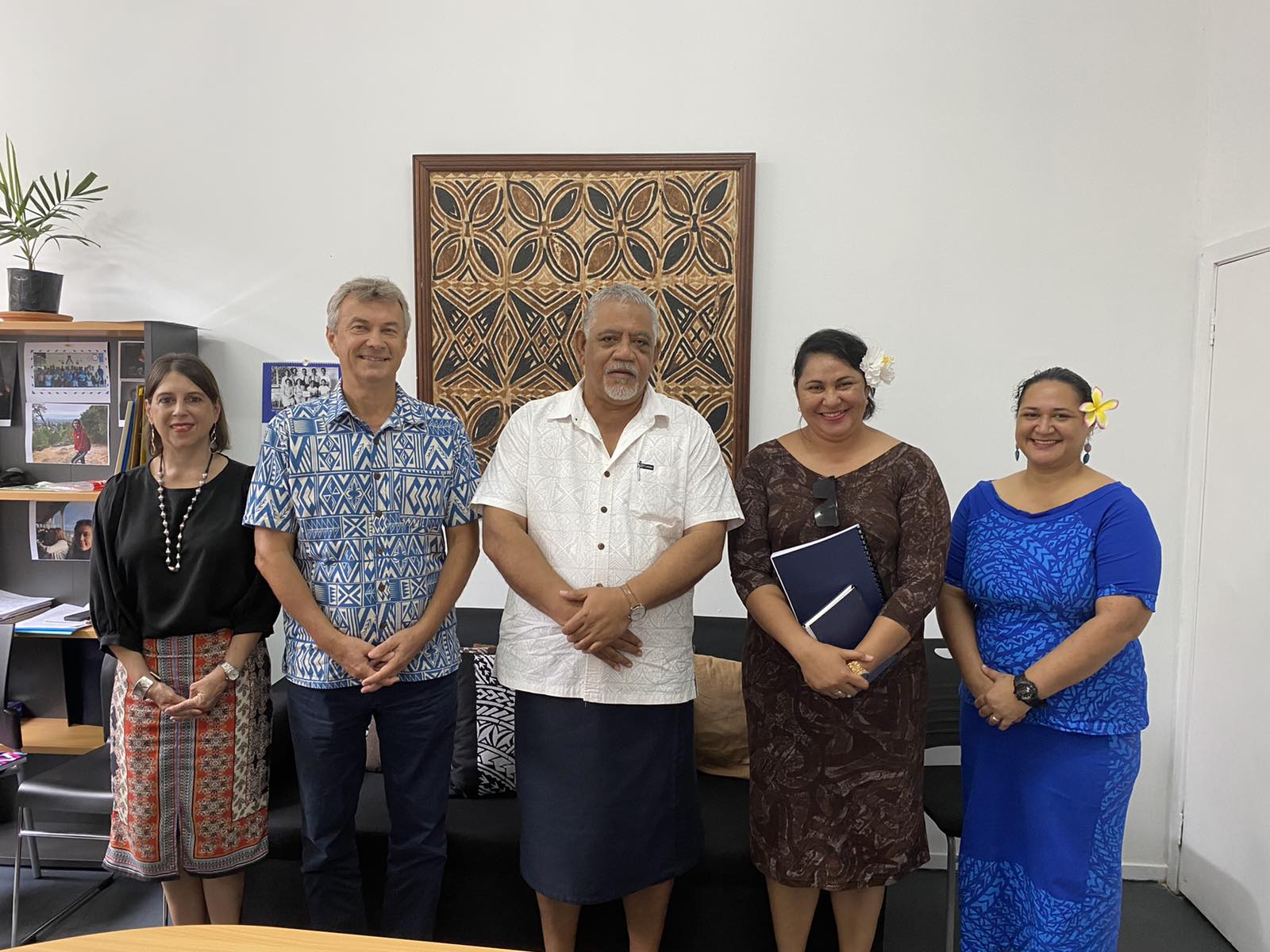 According to a U.N.D.P press release, the project focuses on climate change and aims to assist Samoa in the preparation and submission of its Third National Communication and First Biennial Update Report towards the fulfillment of its obligations under the United Nations Convention for Climate Change (U.N.F.C.C.C).

“As part of U.N.D.P. S.I.D.S. offer, I am pleased to note that Samoa is party to the “climate promise” to leverage support to assist countries in enhancing their Nationally Determined Commitments. The review and update of the GHG inventory via this project will also assist in Samoa’s 2nd NDC submission to the U.N.F.C.C.C.,” he said.

The project aims to strengthen the technical and institutional capacity of Samoa to prepare and submit national communications and update reports to the U.N.F.C.C.C in the next four years and will assist in building national capacities to fulfill Samoa’s commitments under the convention and increase awareness on climate change issues.

The project will also give updated information on national circumstances in relation to inventories of greenhouse gasses.

Ulu said the Government through M.N.R.E is pleased to partner with the U.N.D.P on this project and it will assist the country in updating its Green House Gas inventory and support Samoa’s Nationally Determined Commitments.

According to the press release the total project cost is about US$1.02 million dollars, $852,000 of which is being contributed by the Global Environment Facility (G.E.F.) through U.N.D.P.

The remaining amount of about $150,000 is co-financed by the Government of Samoa and UNDP. The project will be implemented by M.N.R.E. as the official G.E.F. focal point.