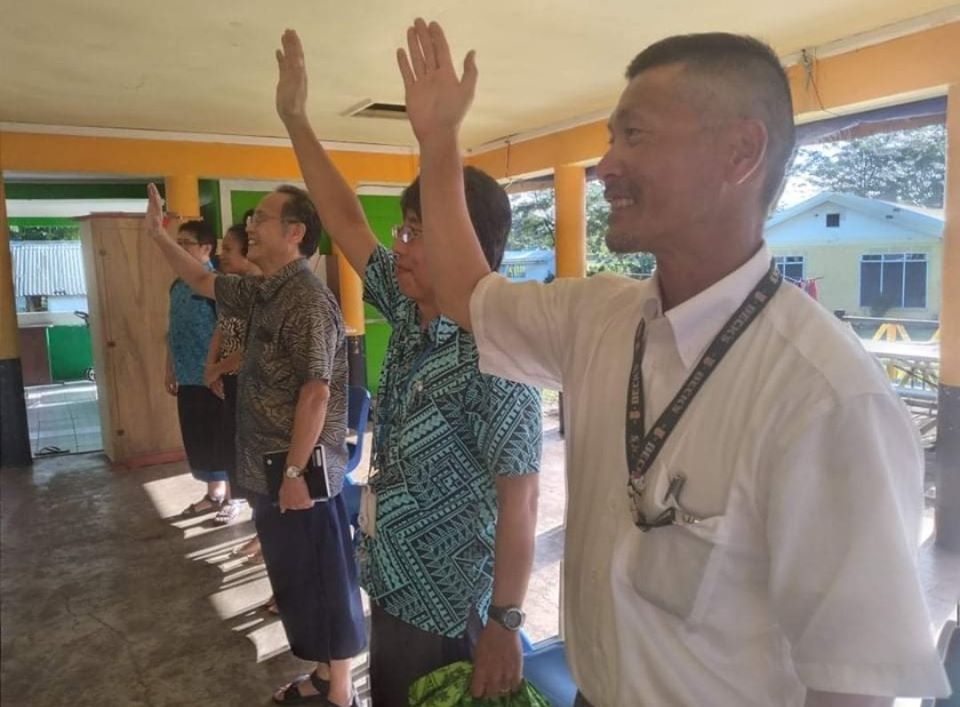 In response to questions from the Samoa Observer, Mr. Terasawa said he had always wanted to visit the S.V.S.G.

He said he found out about the organization through a news article that the Government of Japan supported the renovation of the S.V.S.G. head office in 2014.

"I attended the extraordinary meeting of the Committee on the Rights of the Child (CRC) held in Samoa early March of this year," he said. "The meeting was attended by Hon. Tuilaepa, Prime Minister and many distinguished foreign guests. The issue of Domestic Violence (DV) and child abuse against women and children were taken up as a key common agenda among the Pacific island countries as well as the rest of the world," he added

"The international concerted efforts to protect and promote the rights of children were emphasized through the meeting. I learned that a young woman wearing a yellow T-shirt who attended as a panellist, was once a victim of a DV case and protected by the SVSG, but now a very active member of the organization."

Mr. Terasawa visited the S.V.S.G. office in town and paid a courtesy call on the president, Siliniu Lina Chang.

He was briefed on the activities and was impressed that the three acre campus ground was allowed for their usage by the government which he then requested for permission to visit the campus and meet the children.

He said that they danced with the children to appreciate their welcome and hospitality. The children welcomed them with joyful smiles and beautiful singing and traditional dancing.

"Although all children had suffered from tragic experiences, we could see they were living in peace at the S.V.S.G. shelter under the generous protection of staff and volunteers," he added

"When my colleagues and I joined in dancing with them, the children reacted very happily and were very excited. So, I thought I'd make them more joyful, and my dancing became almost like a “monkey dance”."

According to Mr. Terasawa, a little child grasped his hand after dancing and there he felt inspired to do something for them.  He believes the children at the shelter are all bright and active and will grow up as precious human assets to contribute to this country in the future.

"Many of these children were of school age. Of course, there are educational activities on campus, but it is also important for them to be able to access more educational opportunities as other children do here in Samoa so that they can become self-reliant in the future," Mr. Terasawa said

"I also learned that the accommodations for children with physical disabilities have become smaller. We recognise that these children require a lot more attention and care and will, therefore, need facilities to cater for their special needs.

"Also, we were told that some infants under SVSG care were born while their mothers were protected at the facility. I feel that these babies are also in need of special care by more volunteers.

The S.V.S.G. has accomplished a significant part of society. He said that the embassy is working hard with J.I.C.A. (Japan International Cooperation Agency) on what they can do for S.V.S.G.

"One day, I would like to escort Dr Otani Makiko, a Japanese committee member of the CRC (Committee on the Rights of the Child), to the SVSG and the Campus of Hope. I believe she will work to attract Japanese society's attention for the SVSG and promote the human rights of the children accommodated in the Campus," he added