Canberra-based Cathleen Valelia Moa is the author of "Nua and her Vegetable Dinner" which will be published soon and is already available on ebook platforms such as Kindle.

She is currently the Centre Manager for the Tjabal Indigenous Higher Education Centre at the Australian National University (A.N.U.), where she has worked for eight years with the Pasifika Australia program.

Her Samoan book "Nua and her Vegetable Dinner" is about Ms Moa’s second child, Nua, who struggles with eating her vegetables and makes excuses to avoid eating it.

She told Samoa Observer in an email that her girls inspired her to write the book and also the fact that there weren't many resources available for the young audience.

Growing up as a child and going to school in New Zealand, she saw her girls going through the same system in Australia where they are encouraged to read 20 minutes per day and learn how to speak and write in English.

"I guess this is the price we pay when we decide to live overseas, but since it is by law that I put my children in school, it is my children's birthright that they learn who they are and where they come from and this is our roles as parents, to pass on our culture and language," she added.

According to Ms Moa, she also struggled to find books that would interest her to help with her reading and added that the culture and language that she grew up with is left at the front gates of school while the "palagi hat" is put on in order to fit in with society. 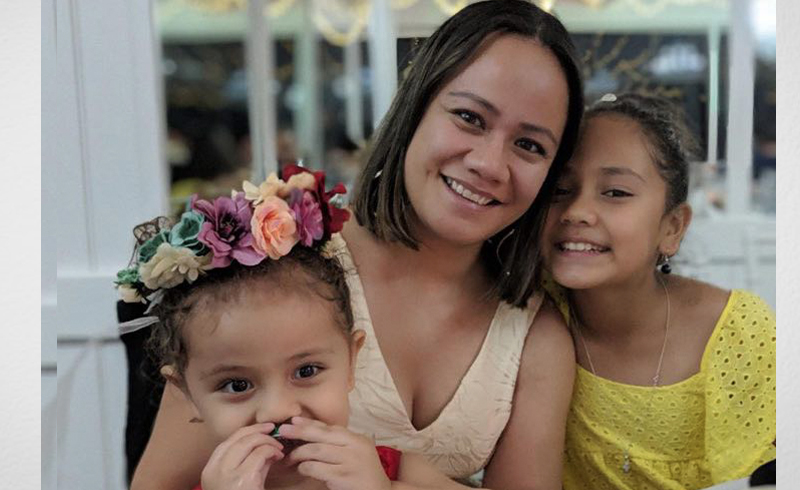 "During the Covid-19 lockdown in Australia, it seemed like the perfect time to encourage my girls to learn Gagana Samoa. There weren't many resources available for a young audience to relate to so we started with a YouTube channel called Moa Learning, where I would teach the girls a Samoan song and dance and get them to record themselves as if they are teaching other children," she said.

Her husband, Lincoln thought that it would be a great idea to have their eldest daughter read a children's book in Samoan for their next YouTube video, and it was there that she decided to write her first Samoan book.

The book "Nua and her Vegetable Dinner" is Ms Moa’s first ever written book and she revealed  that there are two more in the making.

"Funny thing is I never thought I could write, let alone write in Samoan. But doing something for your kids and in your language gave me the confidence and joy to just do it. We currently have two more books currently in the making that we hope to release mid-June 2020," she added.

The book is written in three languages, Samoan, English and Tongan with its author saying that their daughters are Samoan-Tongan but born and raised in a country where English is the main language.

"Some people have photo albums and videos to keep memories alive, for us we have books.”

Ms Moa said the production of the book involved the family with the story based on their daughters and her husband drawing the pictures. It was edited and translated by family and friends.

"First of all our heavenly father for my ability to write and pass on knowledge, my husband Lincoln and children Luisa Lesina, Elizabeth Nafanua and Antonia Selesitina Moa, my family in NZ and my dear friends in Canberra. They believed in me, loved me and continued to stand by me, which I will always truly be grateful for," she said.

Ms Moa hopes that her books will find their way into Pasifika homes, allowing children to read, spell and write in the Samoan, English and Tongan languages.