The Seana nightclub has said that an absence of Government support had made survival particularly challenging. (Photo: Francis Faalili)

Nightclubs and bars say they are struggling to survive two months after being forced to close their doors due to state of emergency (S.O.E.) orders, which they are lobbying to have overturned.

Nightclubs and bars were amongst the first businesses to close as the Government moved to restrict large gatherings in preventative measures taken to stop the potential spread of the coronavirus (Covid-19).

The General Manager of the R.S.A. Nightclub, Faumuina Alexandra Mauli, said initially they had applauded the proactive measures to clamp down on the virus, especially when suspected cases were being tested.

“I commend them for closing the international borders on time, because I think that did save us a lot of the lives of our nation; I don’t think we would have been able to survive if the virus did seep through the borders,” she said.

“That was a great move on their part so we were fully supportive of the restrictions that came after that but after we found out that there were no confirmed cases and we found out the international borders were still on lockdown.

“And weeks on, the Government decided to ease restrictions on other businesses, especially the ones who are similar to ours’ like the hotel bars and bingo and casino, which made it tougher for us.” 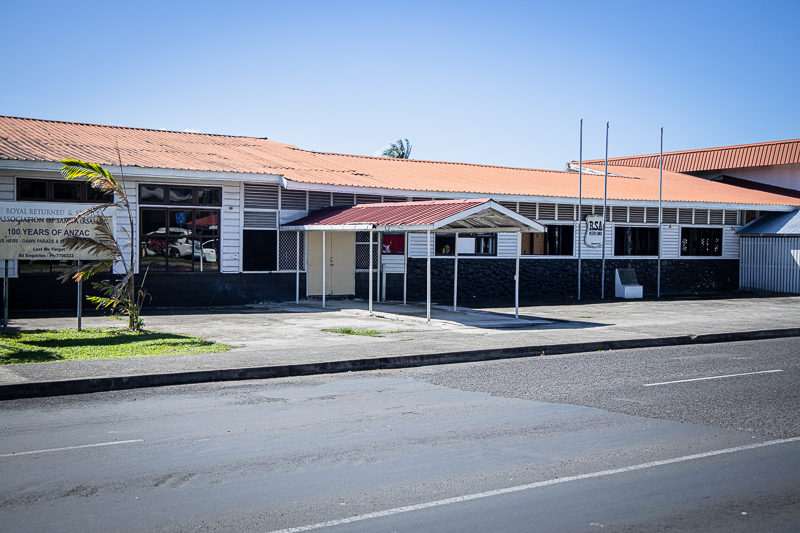 Under the most recent state of emergency orders all nightclubs, bars, theatres and public places for social gatherings must remain closed. Hotel bars may open from Mondays to Saturdays only and close at 10 pm.

Faumuina said the closure has been very challenging as they have financial commitments to meet and employees to pay.

She said 50 per cent of her staff have been put on leave without pay while the rest continue to work on significantly reduced hours.

Faumuina said she had hoped the Government would at least allow them to also open with similar guidelines as applied to hotel bars, including closing hours.

“But at the moment we’re just suffering and it’s been challenging going on ten weeks now, no business, no income,” she said.

“We feel for our employees especially because they’re all waiting for us to come back with business and they’ve been patient as well because they know we have no other business to support them with.”

Seana Nightclub owner, Maileimalo Eneliko Pa’u, echoed concerns about the absence of incentives and support from the Government.

“If they wish to extend this lockdown, I am asking for the Government to consider a benefit for us,” he said.

“The buses have reopened but they received benefits through the L.T.A. with their license fees. So at least, we get something to keep us going. We all know prevention is cure and we do abide by the orders.

“But at least we have something to make us happy, have some benefit to help us with our loans. Nightclubs do not operate on small loans, especially with my upgrade works not too long ago.”

He estimated monthly revenue before loan deductions and salaries of the Seana Club was about $30,000, but the last two months had decimated that figure.

With more than 20 employees including a band, his business has been grappling with the lengthy closures to retain their experienced staff and the threat of stock loss from expiry.

“We try to hold on to our staff as if they do leave to look elsewhere, it will be extra costs on us to hire and train new personnel. Our employees also have families to take care of,” he said.

Cocktails on the Rocks owner, Courtney Stevenson, like his industry colleagues, said the lockdown had made the business’ survival difficult.

But Mr. Stevenson said it was “tough” to see other businesses that draw crowds allowed to operate.

“You see the buses full, you see the churches full and have hotel bars open and full and we’re not allowed to open,” he said.