During a phone call interview with the Samoa Observer on Sunday, His Honour Satiu said he was initially transferred to Le Manumea Hotel upon arrival on Friday.

But he was later transferred to Orator Hotel in the evening where he said he is the only guest.

Asked how he was doing in quarantine, Chief Justice Satiu said he felt "fine, health-wise."

With more than 10 days remaining of the 14-day process, he said he had plenty of time for reading.

When the Samoa Observer contacted him, he was enjoying a replay of the Ireland versus Japan 2019 Rugby World Cup match aired on TV1 on Sunday afternoon.

Accompanying the new C.J. on the largely cargo flight on Friday was the Country Head of A.N.Z. Samoa, Bernie Poort and his wife, Suzie Poort. Air New Zealand's Samoa Manager was also on the flight.

It was not possible to get a comment from these passengers on Sunday.

But Prime Minister, Tuilaepa Dr. Sailele Malielegaoi, during his 2AP programme, confirmed that these passengers are being quarantined at their homes. 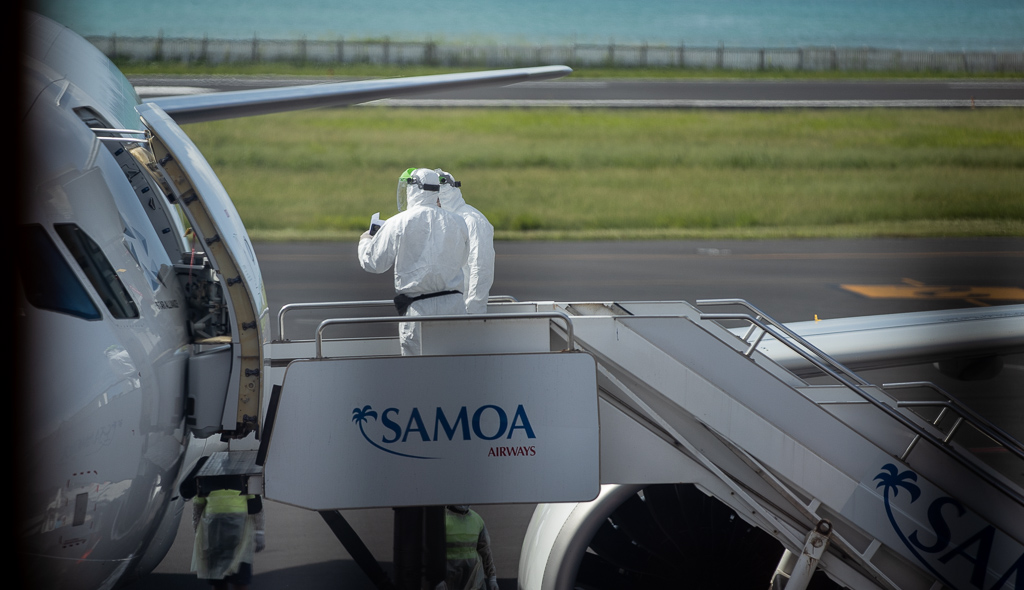 The Chief Justice will have his official swearing-in ceremony, which is scheduled for 5 June 2020, after his quarantine period.

The passengers last week's flight were pre-approved by the Samoan Government and said to have met the conditions for arrival, a spokesperson for Air New Zealand told the Samoa Observer.

Starting next week Friday, May 29, the repatriation flight for the more than 1000 Samoans overseas will be on a fortnightly basis.

Two months ago, the last passengers into Samoa were placed under quarantine at the Mulifanua LDS Church gymnasium, St Therese Retreat at Leauvaa, and families at Moanalisa Hotel in Vaitele, with a few who were isolated at the Orator Hotel near Tuanaimato.