Business starts to pick up for market Florists

Church services are back and business for local florists are beginning to pick up after a downturn in late March when the state of emergency (S.O.E.) was first declared.

Florists at the Fugalei market initially lamented the impact of the lockdown on their business but have acknowledged that things are slowly going back to normal, close to two months after the country went into lockdown.

Florist Pina Schuster of Aleisa told Samoa Observer in an interview that they are happy to be earning income again. 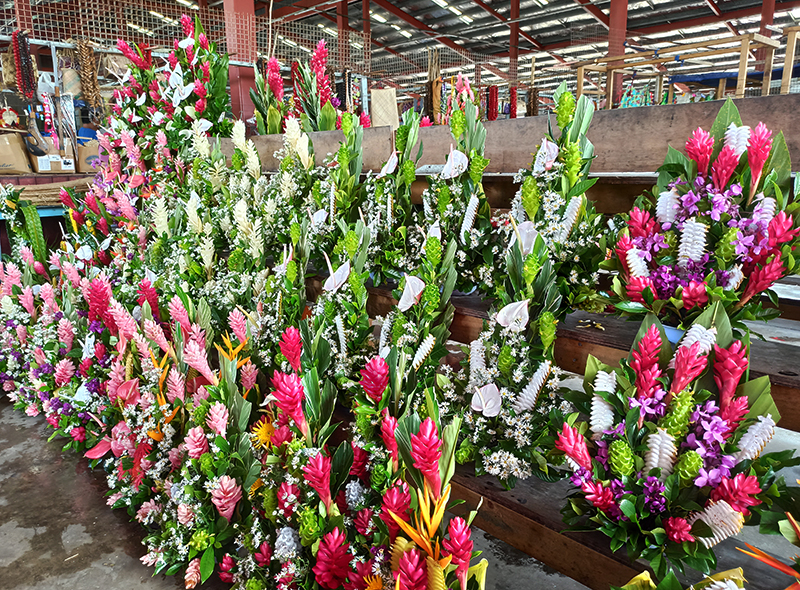 "There was less income because we couldn't bring the flowers here. We are back here now, but it is still a bit slow," she said. "Not a lot of flowers are being sold. I am only here at the market on Saturdays. The first Sunday of this month was great, we sold a lot of flowers and it was same on Mother's Day."

Another florist, Siolo Fa'asa of Aleisa who also sells at the Fugalei market, expressed similar sentiments.

"There was a big impact on us when the lockdown first started, many flowers were wasted. There were no church services or any parties for people to buy them. When churches were allowed on Sunday we felt happy because this will give us an opportunity to sell flowers," she said.

Adding that she would normally make between T$300 to T$500 on Saturdays, Mrs Fa'asa said her daily collection was beginning to get back to that level and her sales on Mother’s Day were her largest thus far.