Some of the receipts allegedly given to shops. (Photo: Aufai Areta Areta )

One of Samoa's fastest-growing companies, Skyline Company Limited, is being investigated for allegations of irregular financial record keeping, a Samoa Observer investigation can reveal.

The Ministry of Customs and Revenue (M.C.R.) has launched a probe into Skyline after allegations they had been issuing retailers with handwritten and non-standard paper receipts.

“There are two investigations ongoing right now against the Skyline. I cannot go into details,” said the Minister of Revenue, Tialavea Tionisio Hunt, during an interview with the Samoa Observer.

The issues with Skyline’s business practices were revealed after the Samoa Observer contacted three store owners, who provided copies of the receipts they said had been issued by the company.

Skyline sells alcohol products and is also a major exporter.

Two of the three receipts had matching signatures but all were apparently written by hand on a sole loose-leaf piece of paper and not part of a receipt book or systematic recording.

Tialavea said that the receipts raise the possibility that the supplier of the popular “coke wine” known as “Olioli” and “Boom Vodka” had been evading excises.

The receipts indicate that the company was handwriting receipts on single leaf pieces of paper, such as one showing a shop was charged $72 for one case of 24x 500-millimetre bottles of “olioli”.

According to the Minister, under the relevant taxation Act ,$72 tala is the amount of V.A.G.S.T. that must be paid for a case of 24x 500 millilitre bottles.

Local stores are selling the case of olioli for $96, netting them a profit of $24 tala but, the Minister said, raising questions about how Skyline was able to generate income from making sales at such prices.

“[There is an] in-depth investigation into the prices on the written receipts as it appears the company [may allegedly] only [be] charging their consumers the cost of the V.A.G.S.T. (Value Added Goods and Services Tax),” the Minister said.

“This law was passed in 2018 and included in the same Act was the ban on bottles of liquor under 500 ml to be sold in stores."

“There is something shady going on here, and we will get to the bottom of this."

The owner of the M.J. Taulafo store in Vaitele, Joanne Taulafo, told the Samoa Observer that they had lodged an official complaint about the company’s practices directly to the M.C.R. some six weeks ago. 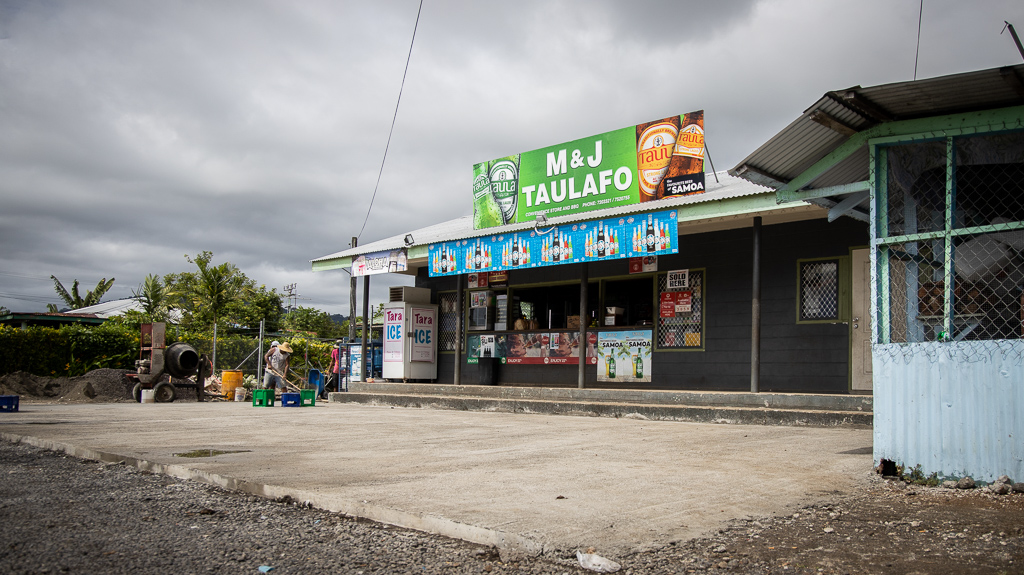 “This started last year, at first I was told they ran out of receipts but then it became like the regular thing, where pieces of paper receipts were issued,”  Mrs. Taulafo said.

“And I became suspicious why and then I finally complained I was issued proper receipts to replace these written ones, I already have.”

She told the Samoa Observer that Skyline’s accounting practices were easy to deconstruct.

“I reported this matter to the M.C.R. and Customs Officers came to my office some six weeks ago and to date I have not been informed about what happened to my complaint,” she said.

Mrs. Taulafo expressed disappointment with an apparent lack of progress on the investigation.

“I don’t understand how they can operate with written receipts on pieces of papers.  It’s mind-boggling,” she said.

Those claims by Mrs. Taulafo were supported by Seiuli Enoka Enoka who owns the Ramsi Store located in Moamoa Fou.

“We were given the same written receipts on pieces of papers. They also don’t take checks, just cash,” Seiuli said.

An accountant by profession, Seiuli said that when businesses operate on a cash basis only, it raises questions about whether something “fishy” is happening”. 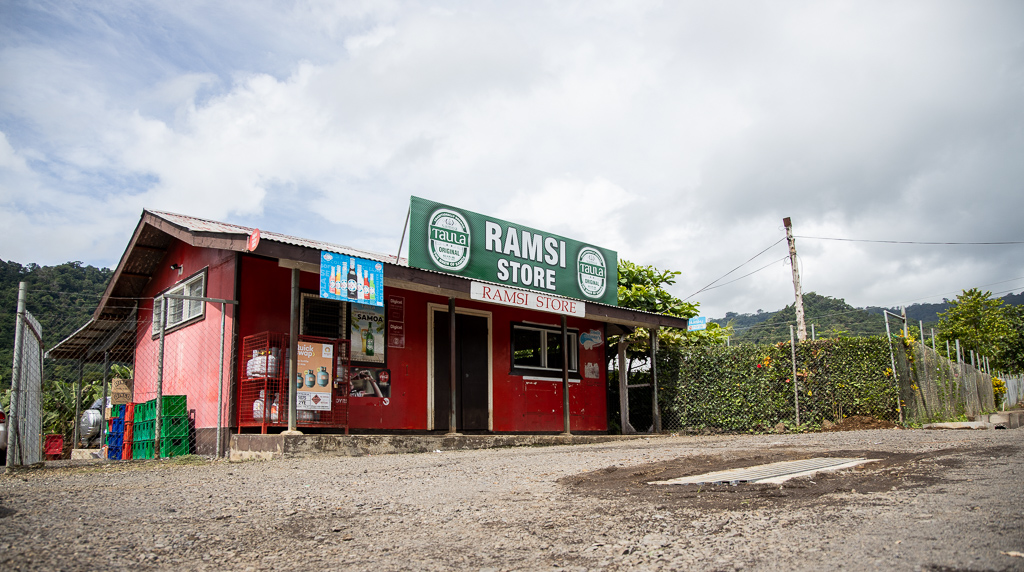 “I only purchased one case of olioli because they don’t take checks. And it’s just recently they have come back with proper receipts,” said Seiuli.

Another store owner who did not wish to be identified said they did not accept any sales from Skyline unless they were provided appropriate receipts.

“I have denied their sales several times until they showed up with the appropriate receipts,” the store owner said.

“I am a businessman, I know when there is something shady going on and it is not fair that other businesses are paying the right taxes and others are not.”

The Commissioner of M.C.R., Matafeo Avalisa Viali-Fautuaali’i, said she was not aware of the reports until the Samoa Observer contacted her for comment earlier this week.

"I suggest you provide more information and evidence of this matter as anyone can issue this piece of paper," Matafeo said. Information was provided to the Commissioner.

“The tax laws certainly do not allow such pieces of paper as official receipts. For your information, our Customs team is now checking these out.”

The Samoa Observer visited the headquarters of the Skyline Company in Vaitele on Friday and met “Eric”, a spokesman for the company, who confirmed they are under investigation and are cooperating with the M.C.R. But the spokesman repeatedly denied out of hand that the company had ever failed to pay its taxes or was seeking to avoid paying them.

“They [M.C.R.] contacted our company and we will cooperate with them but for our side that in 2016 we were established and if they (Government) want to check we will always cooperate, they can always check because we always pay our [taxes],” the spokesman said.

He spoke on behalf of the company’s majority owner, Alan Lun Cai, who is based in China. Ningbo Chen, of Vaitele, is a minority shareholder in the company, business records show; he could not be reached for comment on Saturday.

“There are three layers of receipts: one for the customer, one for [our internal] revenue and one that we keep. I will ask our sales team about this.”

Minister Tialavea said that aside from questions raised by the Samoa Observer, two other local breweries had lodged similar complaints against Skyline.

He said the Government's $3 million investment in a new digitised Tax Invoice Monitoring System (T.I.M.S.) is to minimise the possibility of companies evading taxes through improper record keeping.

T.I.M.S. is a web-based monitoring tool and is designed to enable the real-time monitoring of sales, which are then notified to the Revenue Office along with corresponding taxation obligations.

Founded only in 2015, Skyline has become one of the nation’s fastest-growing commercial success stories. Late last year it unveiled plans to employ 300 people at a new $30 million research and development facility and farm. In addition to its liquor sales, the company is a major exporter of nonu juice.