Police Commissioner, Fuiavaili'ili Egon Keil, has warned youth to stay away from gang activities while revealing they know the identity of those who beat up a student at the Savalalo market recently.

Speaking during a press conference at the Apia Central Police Station on Wednesday, Fuiavaili'ili said the Police are investigating the rise in gang-related issues.

He also appealed to village mayors to cooperate with the Police to tackle the issue.

He added that as a former cop in America, he is familiar with gangs as he had worked before with the Los Angeles Police Department.

“I have worked in Los Angeles for some time so I am very familiar with gangs," he said.

"These are just little guys, young guys who want to make a name for themselves and prey on the weak and the vulnerable. It’s usually kids.

"We know that there is a connection between these gangs and the last gangs we’ve watched for the past few years in which we manage to break up.

"But now they have changed their names and they’re coming with different colours but it’s the same thing.”

Emphasising that the identities of the assailants behind the assault of a boy at Savalalo bus station are known, the Commissioner said they have spoken to the victim and are now targeting individual ‘gang’ members.

“We know who some of these people are, we’ve already spoken to the victim, we’ve already taken the victim to the hospital as well and to this day he is okay, and now we are targeting these individuals or ‘gang’ members and we will bring them to justice,” he added. 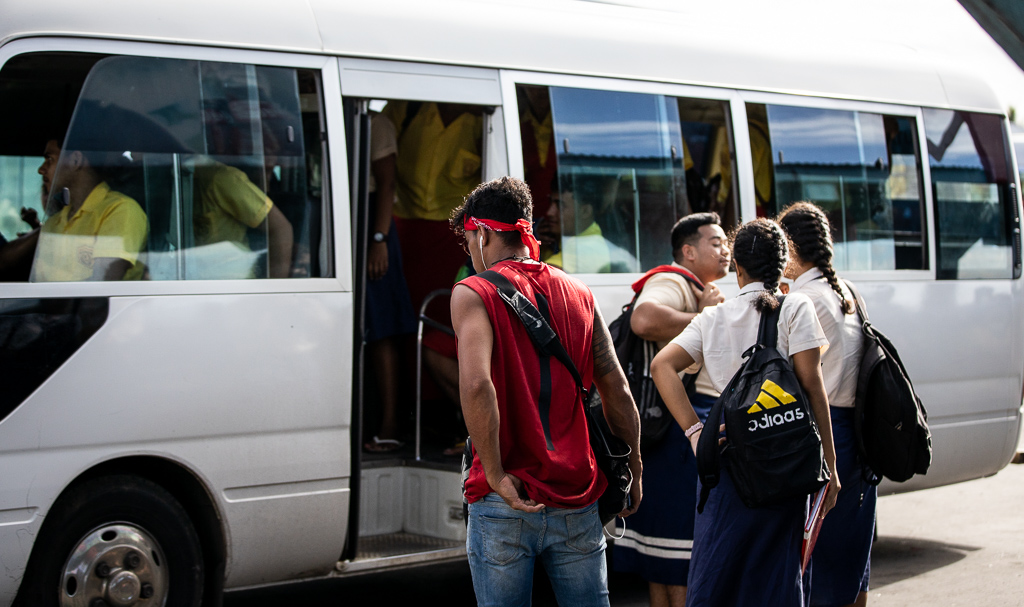 Fuiavaili'ili reiterated there is no place for such behaviour in Samoa and offenders will be dealt with by the Police.

“If this persists we want to bring these guys into custody and end it," he said.

"There is no place for that kind of behavior and we will deal with it when we do catch them. And we will catch you if you come back again and do that kind of stuff. We already got resources out there looking out for these guys."

The parents of the unruly youth have also been put on notice with the top cop urging them to talk to their children and advise them to stop.

“We are working together with the villages and the Ministry of Women to make sure that the message goes out. I think it’s the only way for this to really push it through, and we do know some villages where these individuals are from and we will make that move,” Fuiavaili'ili revealed.

Plain clothes policemen have been deployed to the Savalalo bus station to monitor the area and to watch out for the gang members.