School laments loss of half of student population

Samoa
Samoa Primary School has had many students who have yet to return to school. (Photo: Vaitogi A. Matafeo)

A primary school has lamented the loss of half of its students when classes resumed following the relaxing of state of emergency (S.O.E.) orders.

Samoa Primary School enrolled 370 students for the 2020 academic year early this year, prior to the onset of the coronavirus (Covid-19) global pandemic and the S.O.E., according to Co-Principal, Susan Su’a.

But the school temporarily closed, following the Government’s declaration of the S.O.E. in late March, only to be re-opened with other schools in Samoa recently after the S.O.E. orders were relaxed.

But current enrollment numbers at the school show that about half of the school’s student population are yet to return to classes.

“We’re not certain whether the real reason why they (parents) are not bringing their children back to school is because of fears over the Covid-19 but it’s really saddening,” said Mrs. Sua.

“Like if it’s a class of 16 students, the total number that have attended is about 10, which is sad because we have enough space for them to practice social distancing.” 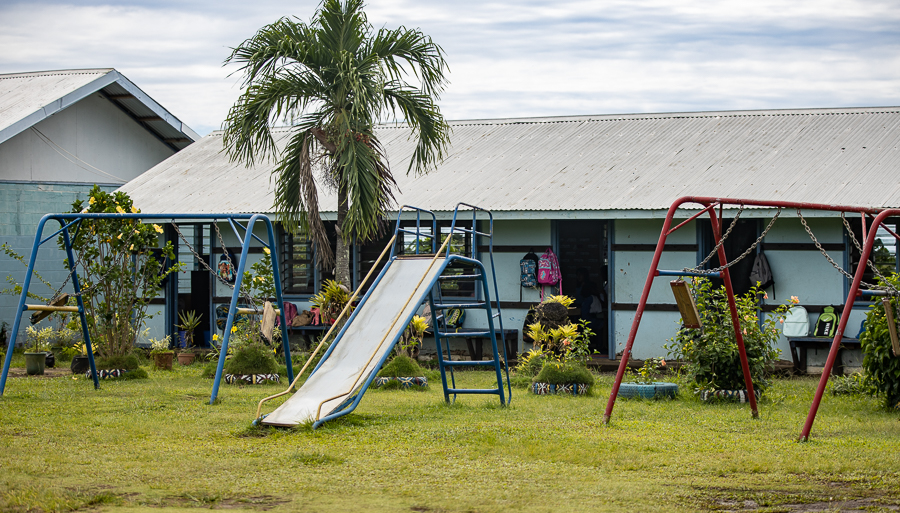 The high student absenteeism marks the second time the school has gone through such an experience.

The first time was after the measles epidemic last year. This will have an impact on the salaries of the school’s staff members, Mrs. Sua added.

“It’s not much of an issue for the teachers in Government schools, because the Government is paying for their salaries, while for us (private schools), no students means no money to pay the teachers.”

Currently, the school has 24 teachers including three co-Principals and six teacher aides who are on the school’s payroll. Six other teacher aides were laid off due to the financial impact of Covid-19.

Asked whether they contacted the students’ parents to discuss their absence, Mrs. Su’a said their attempts were unsuccessful.